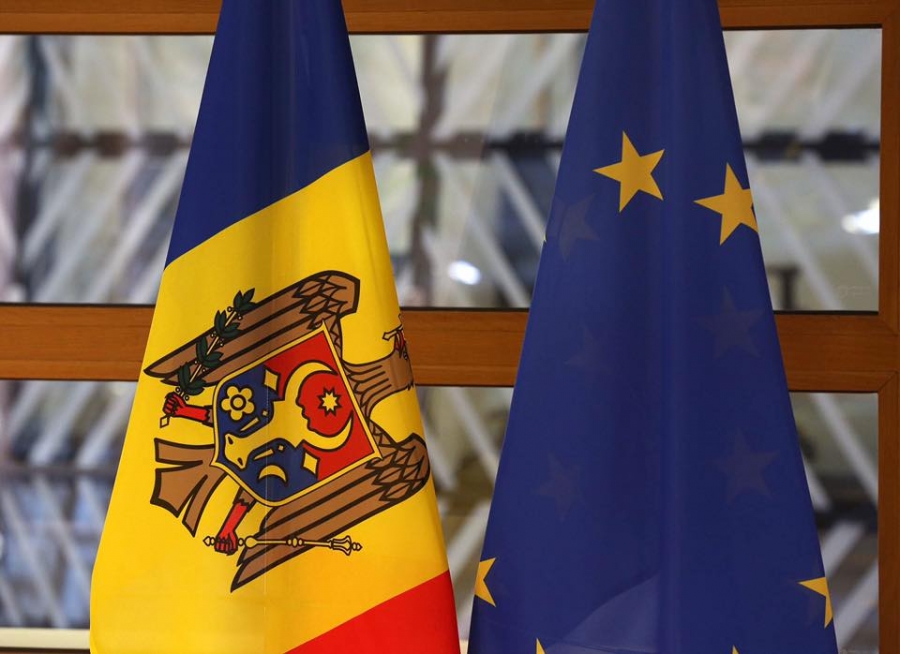 Against a difficult economic and political background, DCFTA succeeded in generating the first tangible results, and the EU strengthened its position as the main selling market for Moldova. If we analyze the period between 2015-2017 (the first 3 complete years of DCFTA implementation) with the similar period prior to the DCFTA (2012-2014), we notice that exports to the EU registered an upward trend in value terms for the entire reference period, with a 22% advance. For comparison, exports to CIS during the reference period decreased by 47%, while those with other countries remained relatively constant (+2.7%). At the same time, the EU share in the total Moldovan exports increased from 53.3% in 2014 to 65.8% in 2017. The trend continued in 2018: after the first half of the year, exports to the EU increased by 38.1% over the same period last year, with the EU market accounting for 68.5% of the total Moldovan exports. It is important to note that this development took place on a rather difficult economic and political background which prevented an even more pronounced growth of exports to the EU: political crisis, sanctions and reciprocal restrictions imposed by the EU and the Russian Federation, appreciation of the dollar on the international stock exchanges, unfavorable climatic conditions and declining interna- tional prices for some products.

The net effect of the DCFTA on the total exports is estimated at around 410 million USD (367 million EUR) for the period 2015-2017. Econometric estimates show that if we analyze the factors that influenced Moldovan exports to the EU (inertia of previous years, economic trends in the EU, domestic offer and exchange rate fluctuations of the national currency) and exclude the effect of DCFTA, these exports could be lower with about 410 million USD (367 million EUR). Over the same period, the total exports to the EU have increased almost twice (with about 746 million USD in 2015-2017 compared to 2012-2014). Therefore, a half of the increase in exports to the EU, in the period under review, was exclusively due to DCFTA - a noticeable effect, given that the estimate is performed only four years after its implementation and undoubtedly confirms the benefits of the trade liberalization with the community area.

Contrary to concerns over the negative impact of the DCFTA on the agri-food sector, the biggest benefits of the liberalization of trade with the EU have been noted in the case of agri-food exports. Although, initially the main concerns over the impact of DCFTA related to the low level of competitiveness of agri-food goods on the EU market, we found that the effects of this agreement were greater for agri-food exports (predominantly oilseeds products and cereals) compared to industrial exports. Thus, during the reference period, the exports of agri-food products grew by 44%, compared with the 11% increase of industrial exports. The net impact of DCFTA is estimated to be more noticeable for agri-food exports: 240 million USD (215 million EUR) versus 170 million USD (152 million EUR). These developments can be explained by the rather high level of liberalization of the trade of industrial products before the DCFTA, fact which produced marginal effects more noticeable on agri-food exports, being also explained by the reorientation of many exporters from the CIS market to the EU one.

There can be noticed a certain increase in competitiveness of agri-food exporters on the EU market. Thus, there has been an increase in the share of agri-food exports in the total EU exports from around 35% in 2014 to around 40% in 2017, with a 44% increase in exports during 2015-2017 compared to 2012-2014. The most impressive increases have been recorded in the exports to Romania, which is for Moldova also the most important selling market in the world, including the EU. In addition, a shift in exports from CIS countries to the EU can be noticed, especially in the case of sunflower seeds, wine and fruits. This reorientation was due, on the one hand, to restrictions imposed by the Russian Federation and, on the other hand, to the new opportunities offered by DCFTA.

The increase of agri-food exports to the EU has offset losses on CIS market. Over the period between 2015- 2017, the volume of agri-food exports to the EU increased with about 515 million USD, compensating the 512 million USD reduction in exports of these products to Russia, Belarus and Ukraine. Therefore, the DCFTA allowed a full compensation for losses caused by Russia’s trade restrictions regarding Moldova, as well as by the armed conflict in Ukraine and the worsening economic situation in Russia, Ukraine and other CIS countries.

Industrial exports to the EU have also grown steadily, but the growth was less surprising and spectacular than the agri-industrial one. Exports of these products to EU increased by about 11% over the period under review and remained concentrated on three areas: cabling, car upholstery and textiles, the highest increases being characteristics of industries which are managed under lohn (exports of goods manufactured from imported raw material). However, the exports of industrial products to EU were already relatively advanced and fairly liberalized compared to the agroindustrial products. Therefore, the DCFTA could not have had a stronger impact on these exports.

Fears and speculation over the invasion of EU agri-food goods have been shattered. Thus, the import of agri-food products from the EU registered a sharp decline immediately after the entry into force of the DCFTA and subsequent dynamism of thereof, however in the reference period it indicated a decrease of 4%. The increase of imports of non-agricultural products from the EU was influenced, on the one hand, by the needs of the national industry and, on the other hand, by the diminution of re-exports together with the introduction of import restrictions by the Russian Federation towards EU. At the same time, the most significant impact was highlighted by the decrease in international oil prices. Under these circumstances, the EU non-agricultural imports declined by 15% during the reference period.

This analysis is developed within the EU-funded project “Visibility and communication for actions related to Association Agreement/ Deep and Comprehensive Free Trade Area (AA/DCFTA) implementation in the frame- work of the EU-funded assistance programmes”. More information can be found on www.EU4Business.eu/Moldova.