State of the Country Report 2018 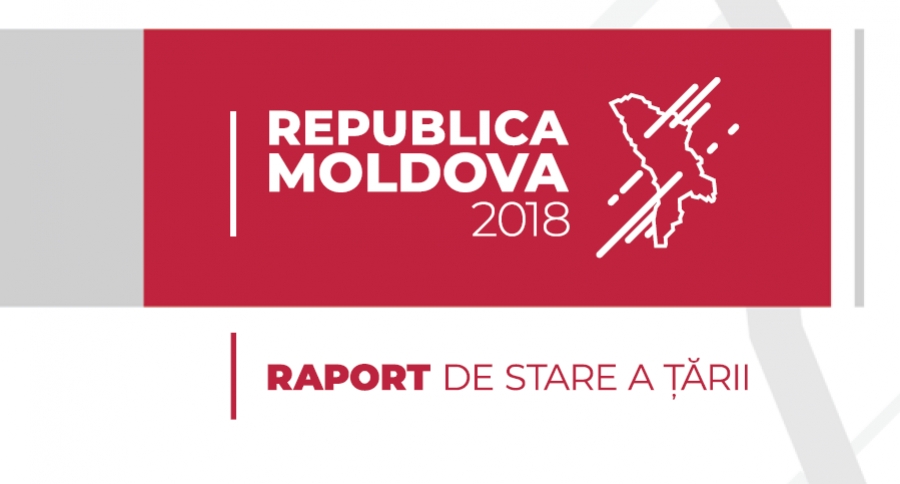 The credibility of institutions and of the Government as a whole remained a fundamental issue undermining the state of the country, without sizable improvements since 2016-2017. Authorities have not given up on the deficient policies criticised by the civil society, extra-parliamentary opposition and development partners. The change of the electoral system just before elections, the unprecedented invalidation of Chisinau municipality election, the initiative to exchange investments for citizenship or the package of laws on voluntary reporting and fiscal facilities distanced even more the ruling coalition from principles of democracy and rule of law. These measures also undermined other important reforms implemented by authorities in the financial-banking sector or business regulation and, finally, worsened dramatically the Government’s relationship with the development partners.

The Moldovan economy continues to grow slowly following a non-sustainable model. After a recovering growth of 4.5% in 2016, GDP continued to grow in 2017 (+4.5%), but there are signs that it will slow down in 2018 in spite of quite favourable regional context. Such an economic growth rate is not enough to converge the income to the standards of Central and Eastern European countries during the life span of  the current generations. As shown in the previous editions of State of the Country Report, to converge Moldova needs growth rates of GDP closer to 7-8% per year. Moreover, replicating the model of the previous years, the 2017-2018 growth is based more on conjuncture or arithmetic, rather than fundamental factors (e.g. the remittances grew on the background of a low base of comparison and the increase in public investment and social spending is determined by proximity to elections and is hence temporary).

The liberalized access to the European market was one of the key factors that allowed the Moldovan economy to grow and diversify, despite the climate and internal economic stress factors. Between 2015 and 2017, the export losses on the CIS market, caused by Russian trade restrictions and by the conflict in Ukraine, were fully offset by the increased exports to the EU market. The evolution of Moldovan foreign trade in recent years debunked all myths about the destructive impact of EU trade liberalization in DCFTA - on the contrary, exports to the EU have strongly increased, and European import products have not ‘invaded’ the country as many feared (in fact, the trade balance between Moldova and UE improved during DCFTA implementation).

Low investment attractiveness of the country is the main effect of institutional vulnerabilities, explaining the non-sustainable pattern of economic growth and poor competitiveness. Since 2000, the Moldovan economy has not ever gone through such a long-lasting investment crisis. Investments in fixed assets - both in the private and public sector - declined dramatically in 2015-2016 (-20% compared to 2014), practically stagnating in 2017 (+1% compared to 2016). The investment gap affects the prospects of sustainable economic growth as it undermines the development of new production capacities. This is particularly important for the Republic of Moldova, which has passed through an extended structural transition  resulting in physical and functional obsoles- cence of its productive capital. Moreover, the share of the industrial and agricultural sector - activities that produce the most traded goods internationally - in attracting investment has remained constant over the last few years (around 20% of total investment). For the Republic of Moldova, which does not have a vibrant domestic market and can grow sustainably only through exports, such a small share of investments in activities producing tradable goods is a major issue undermining its export potential.

With the banking system shaken by bank fraud and the embryonic capital market, the Moldovan economy suffers from a chronic shortage of domestic investment resources. Moldovan banks do not fully exercise their function of accumulating resources and allocating them to finance productive investments. Therefore, investments are most often funded from firms’ own resources. It reveals the constraints faced by small and medium-sized enterprises reated to access to capital, limiting their investments, development of production capacities and competitiveness. As a result of bank frauds uncovered in 2014, in the near future the country’s financial system will remain unable to provide the necessary funds for investment, especially for large investment projects, which makes foreign investment sources even more important.

The proximity of parliamentary elections fostered a series of policies with an obvious electoral interest and major risks to budgetary stability after the elections. In pursuit of higher political stakes for the general elections set for February 2019, the Government engaged in budgetary obligations with popular appeal - ‘Prima Casa’ -1, -2 and -3, local roads rehabilitation projects, Chisinau Arena, wage increases and more generous indexation of allowances and pensions, introduction of new categories of beneficiaries of social benefits (a principle that was removed with great difficulties in 2011-2014) - notwithstanding the loss of direct budget support from the European Union, the risk of breaking the relationship with IMF and short-term losses of budget revenues as a result of the ‘mini fiscal revolution’. These new policies risk reducing even more the public spending on productive investment in infrastructure and human capital. In particular, this could affect the health and education sectors - both already affected by shortages of specialists, infrastructure and equipment.

Demographic trends continue to be a fundamental constraint for the country’s economic and social development. The main risks are related to budgetary pressures. Thus, on the background of employment decline and increase in the number of labour emigrants, the number of people who have reached the retirement age is rising noticeably. In one decade only, the number of pensioners increased  by  23%,  from  528 thousand in 2007 to 652 thousand in 2017 and the trend will continue inexorably. Raising the retirement threshold offers a temporary relief rather than a sustainable solution to the problems of the public pension system. The demographic changes will also put more pressure on the healthcare sector, as well as on local budgets, especially due to the fact that a large proportion of highly advanced elderly population will live solitary and will need access to social support services. On this background, the level of public and publicly guaranteed debt could increase substantially. These trends are even more dramatic due to intense emigration of the working-age population that intensified recently and relatively low labour productivity. They affect the decent retirement prospects of the current employed population and undermine the country’s ability to capitalize on the opportunities of the demographic dividend generated by the demographic changes.

To grow faster and more sustainably, the Moldovan economy needs substantial growth and diversification of exports. In this regard:

The significant increase in exports will be possible only with more investments, especially foreign ones.

Therefore, it is necessary to identify new factors of investment attractiveness for the country. In the Republic of Moldova, the policy of attracting FDIs relies on fiscal and customs facilities offered to Free Economic Zones residents, as well as the relatively low labour cost. It is obvious that the relevance of labour cost could decrease over time due to emigration and rising labour market pressures. Here are the main alternative policy priorities that would spur investment growth:

Policies to boost investment should also include actions that foster investment in human capital that underpin labour productivity and economy’s competitiveness. In any economy the growth in fixed capital investments is not sustainable unless it is accompanied by human capital investments. In this respect, profound structural reforms are needed, especially in the vocational and tertiary education sectors, in order to increase the efficiency of public and private investment in these areas and better match the supply of skills from the educational sector with the skills’ demand from the real sector.

Read also: State of the Country Report 2018: Marginal improvements, on the background of persistent problems