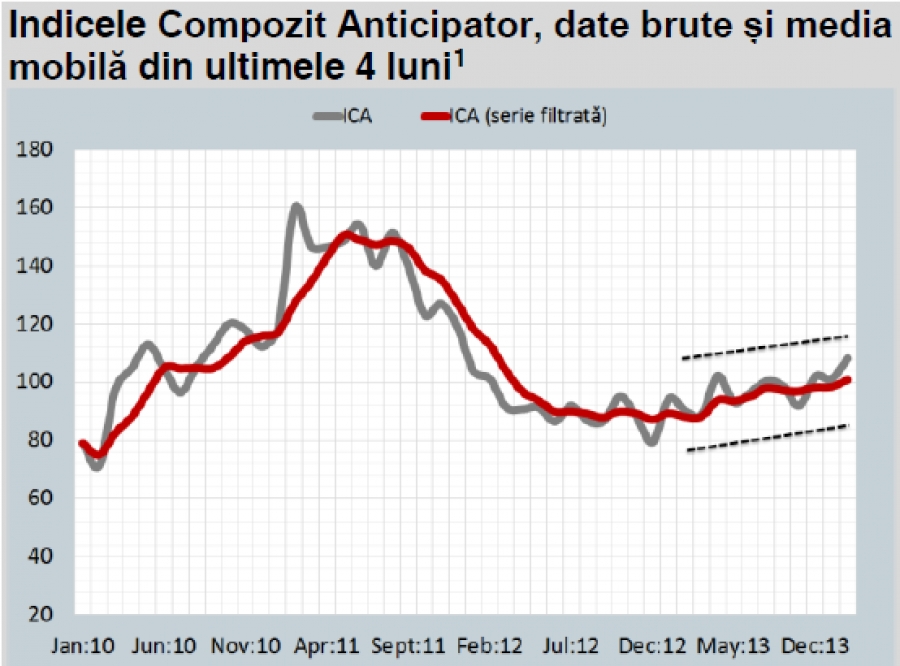 Moldovan economy continues to grow, but some internal and external risks persist. In December 2013, the Economic Leading Indicator (ELI) continued its ascending trend, with a 2.4% increase from the previous month (100.9 from 98.5 points). However, as mentioned in the previous editions, the recovery tends to be slowing down, revealing that the advanced economic growth from 2013 was caused partly (50%) by the cyclical factors (high agricultural production and „catch up” growth of the economy) and not the cyclical ones. Therefore, the slow rebound of ELI suggests that Moldovan economy has returned to a much more moderate growth in 2014 compared to previous year.