How public money are being wasted: synthesis of the Court of Accounts reports published in first and second quarters of 2013 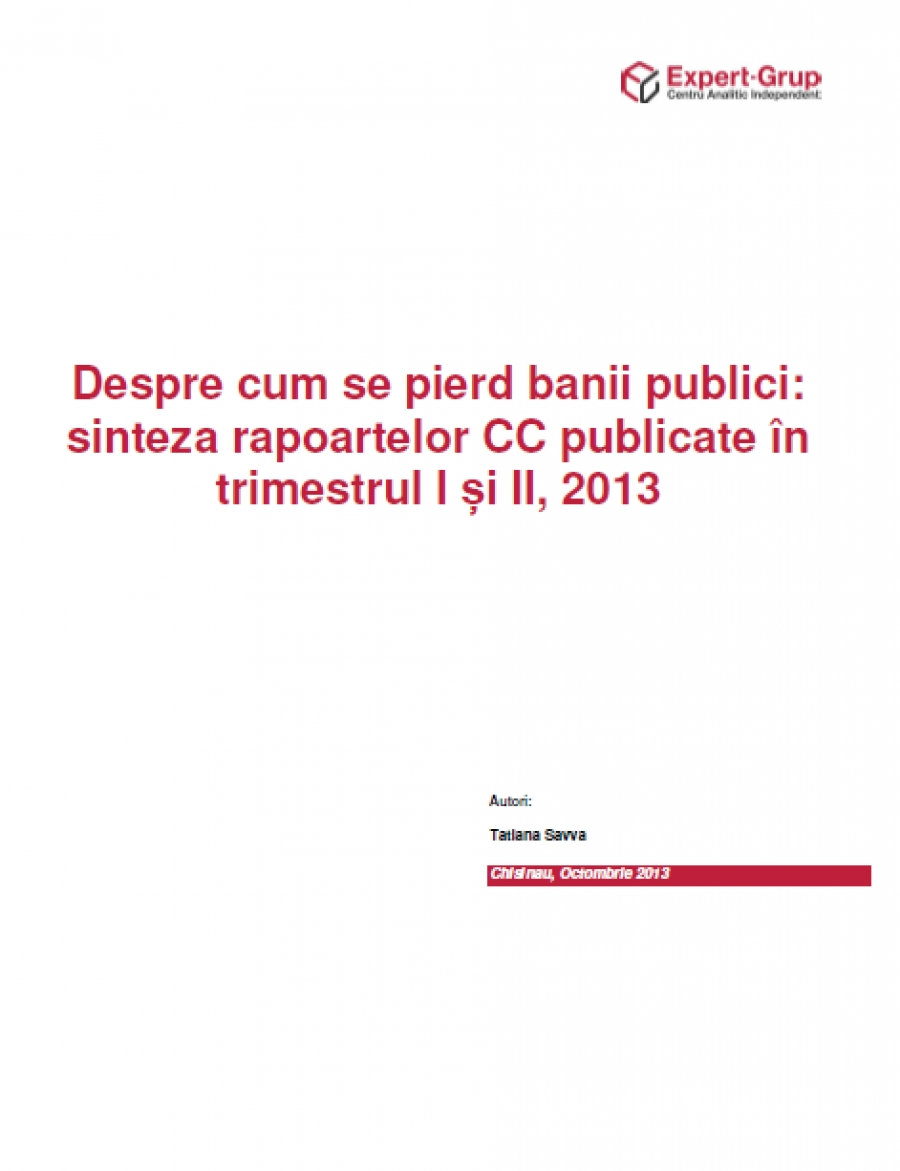 The Court of Accounts of the Republic of Moldova has published 5 decisions in the 1st and 2nd quarters of 2013, which refer to the audit of the district budgets of Ocnița, Șoldănești, Ungheni, Soroca, Ialoveni, for  2011-2012.  The main findings revealed little progress in reducing irregularities admitted by local authorities, but confirmed a worrying situation for public procurements and management of public assets. The redirection  of education spending in other areas by some district councils, is an additional argument to the need to reform the sector. The lack of progress in the collection of own revenues by APL, is determined by their lack of interest to this work. This problem can only be corrected by approving the draft law amending the law on local public finances, which is in the Parliament. Some authorities have made progress against previous statements (Ungheni Ocniţa).