EUROMONITOR #.28: Quarterly report for monitoring the progress in implementing the EU-Moldova Action Plan in April-June 2013. 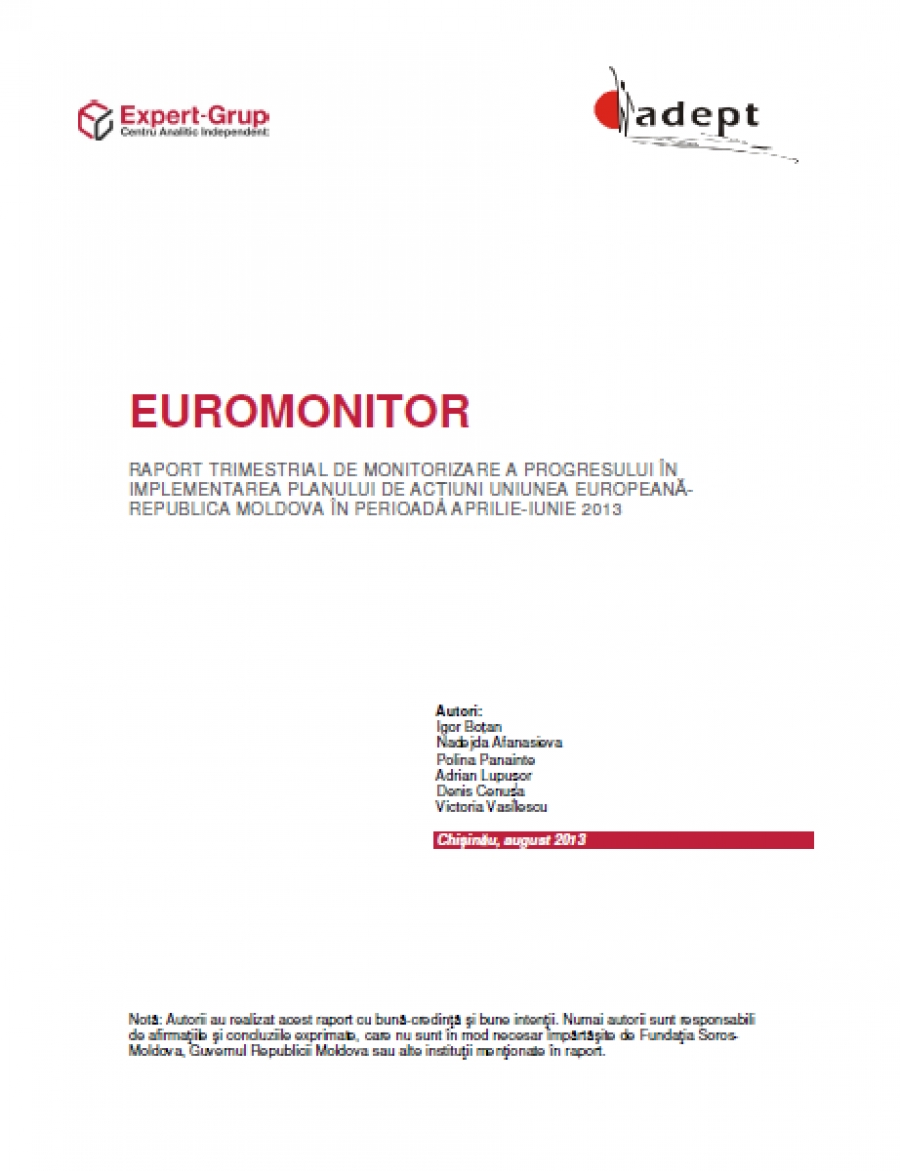 In the second quarter, there has been recorded a certain amount of progress, but also some downfalls, which diminished the expected impact of the actions taken.

Although several efforts were undertaken in order to improve the population’s well being, the effects are yet to be seen and are less felt by the majority of the population. So that the income level of population stays at a deficient level. Consumption is still mainly stimulated by the remittances from abroad, which slightly increased recently.

Moldova expressed her intention to initiate a dialogue with IMF regarding the signing of a new agreement. This one will involve a series of conditions which could distress the Moldovan Government, especially in wake of the elections.

The Q2 also attests an increase in unemployment rate, which shows the economy’s lack of employment capabilities and labour force utilization.

Disclaimer: This report is only available in Romanian.