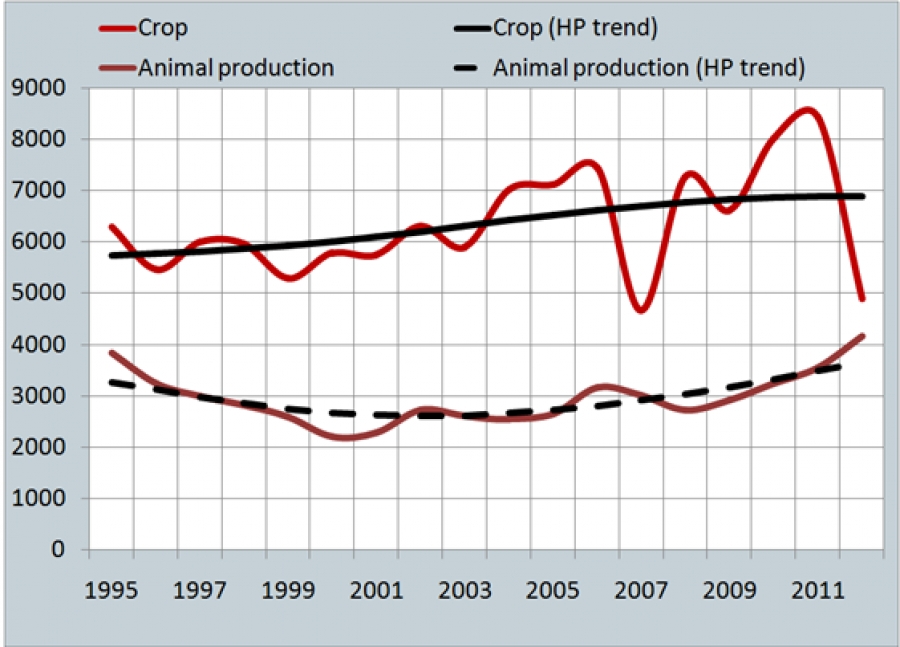 The Moldovan economy will post a fledgling recovery in 2013, being followed by a moderate stabilization in 2014. Hence, favorable climate conditions from the current year will trigger a 20% compensatory growth in agriculture, which will ensure about half of the 4.4% of the forecasted GDP growth for 2013. For the next year, the economy will be primarily driven by the services sector, which will contribute to about half of the forecasted 4.6% GDP growth in 2014. All in all, the Moldovan economy remains strongly dependent on the final consumption, which will continue to be the main driver of economic growth in short- and medium-term. Therefore, the previous risks and vulnerabilities associated with an economic growth model based on consumption and high trade deficit will persist, unless decisive actions for strengthening the country’s competitiveness will be undertaken. For this to happen, it is necessary at least to increase the efficiency of the Customs’ Service, modernize the road infrastructure, facilitate the technological transfer and set up a transparent, accountable and efficient judicial system.