How public money are being wasted: synthesis of the Court of Accounts reports published in third quarter of 2011 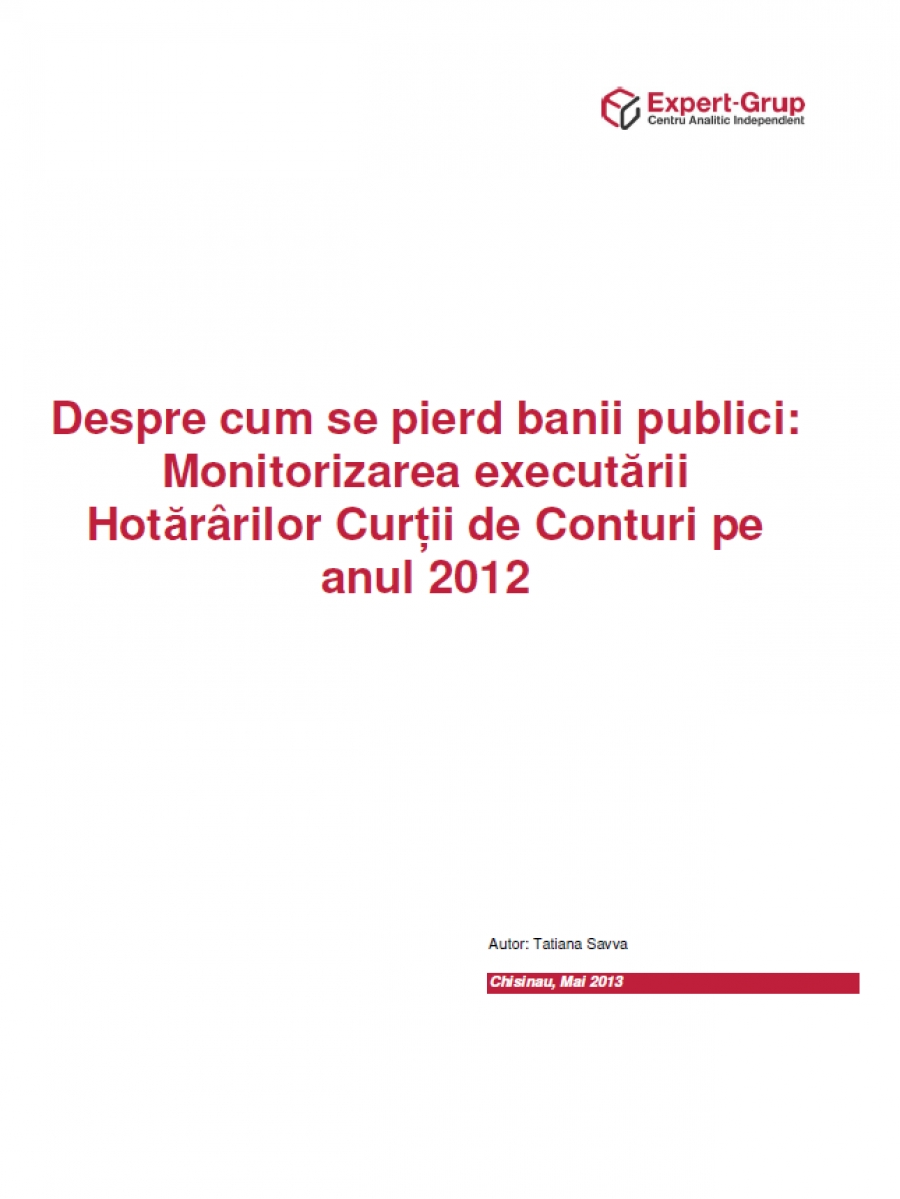 This report presents information on how the Court of Accounts' recommendations were implemented in 2012, and assesses the quality of responses submited by the audited institutions.
In 2012, 51 reports were published and 3818 recommendations were made. The extent of material damage to the state doubles every year, while more than 50% of the Court's recommendations aimed at remedying the situation, not being implemented. Moreover, since 2006 until now, no one has been convicted following the Court of Accounts findings. The law enforcement's, the Parliament and the Government disinterest is notorious but unjustified. Under these conditions, the authorities are wasting the Court of Accounts' potential as a tool for prevention, supervision and accountability of public funds management.