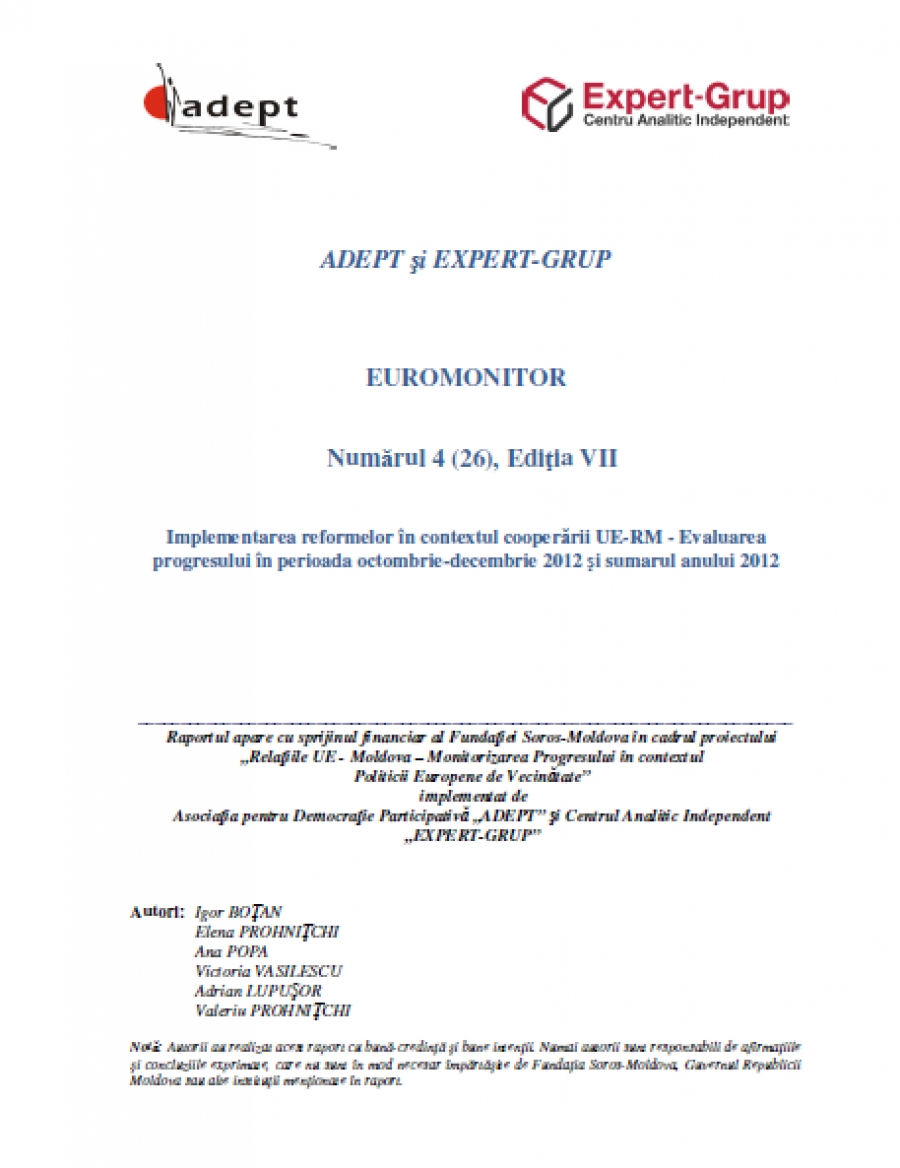 The current edition of the Euromonitor covers the evolution recorded in the 4th quarter 2012 within the European Integration reforms. After two years of talks, the most important Laws/Acts regarding competition – the Competition Act and Government Support Act were adopted.

In the 4th quarter, four regulation drafts which are meant to ensure a better functionality for this law were adopted. In order to fight the unfair competition practices and avoid consumer discrimination, the Government has endorsed a draft to amend the Law regarding Petrol Market – a draft which seeks a major liberalization on the petrol market operations. Also, a National Strategy for Intellectual Rights until 2020 and the Action Plan for its implementation in 2012-2014 were adopted.

This progress is merely a technical one, and issues such as creation of a quality infrastructure, lack of transparency in public acquisitions, a difficult dialogue between the regulating bodies essentially burden the consolidation of the market regulation institutions. In the same period, Brussels hosted the 4th round of negotiations regarding the ZLSAC Free Trade Zone Agreement.

The effective implementation of this Free Trade Zone will lead to a growth in EU exports with an estimated 16%, and the GPD will climb with ~5.6%. The EU negotiations had rapidly advanced in the 4th quarter. Nonetheless, the main issues and difficulties were related to the Transnistrian frozen conflict.

The passive involvement of the leader from the separatist regions will have a negative impact towards the businesses from the region, mainly for those companies who plan to export goods to EU.