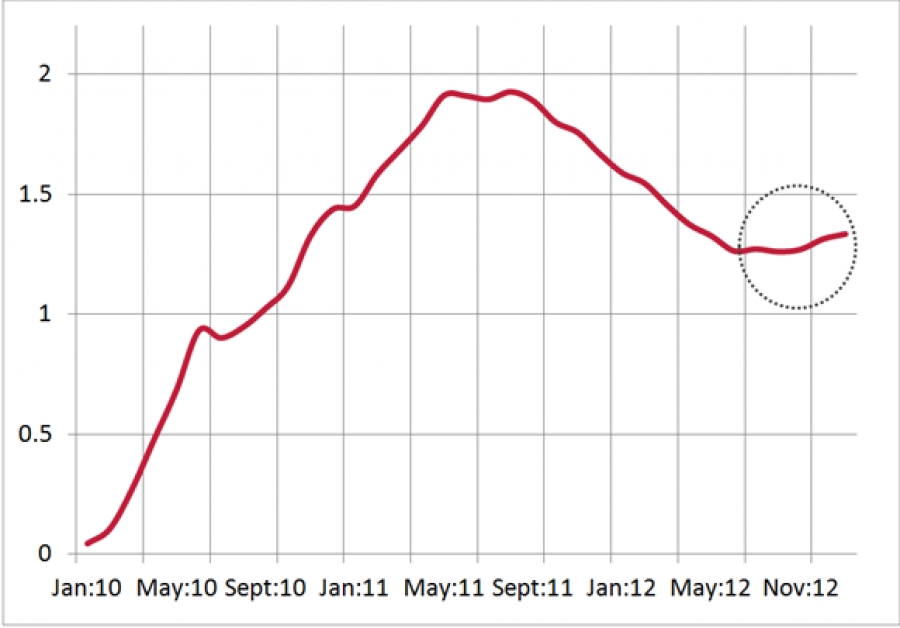 Despite the negative economic growth registered in the third quater of 2012 and which is estimated to have persisted until the end of the year, the economic leading indicator (ELI) computed by EXPERT-GRUP posted a moderate increase. It follows after a harsh decline during Q4:11 – Q2:12 and stabilization in the third quarter of 2012. Given the fact that ELI tends to predict by four months on average the state of the national economy, its current dynamics bodes well for a slight economic recovery which might take place in 2013. It corroborates with our forecast of 3.0%-3.5% for the real GDP growth in 2013, which is broadly in line with the estimates of World Bank (+3.1%), EBRD (3.0%) and slightly less optimistic as that of IMF (+4.0%). The key assumption about the expected revival in economic activity is related to the dissipation of the drought effects this year.