Analytical Study on Optimal Administrative-Territorial Structure for Republic of Moldova 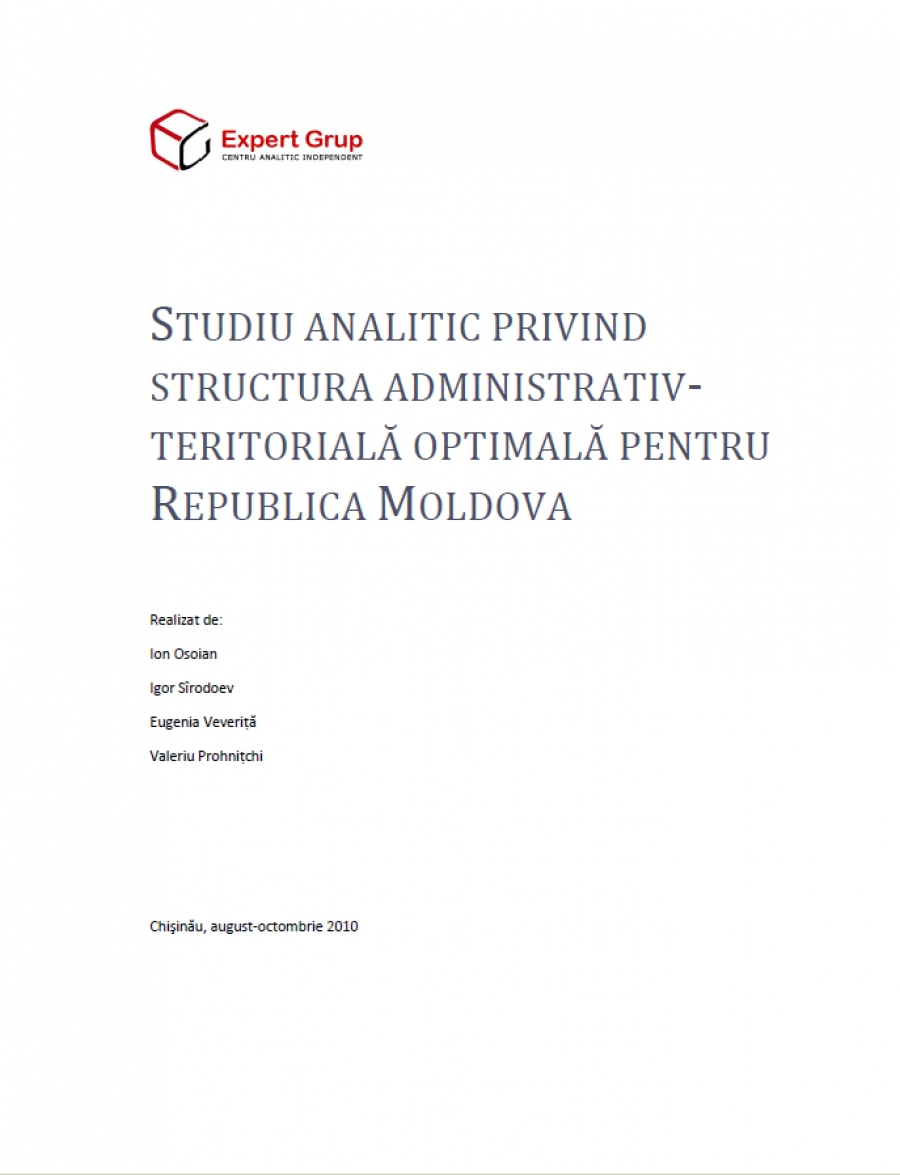 There are several sets of basic questions that the proposed study answers to contribute to the ongoing discussions about the decentralization reform in Moldova, including: 1) Is the current administrative-territorial structure responsive to the local, regional and national development priorities in Republic of Moldova? Is fragmentation really a problem in Moldova? Would territorial consolidation be a solution? 2) What are the main shortcomings of the current administrative-territorial structure? Here territorial administrative units of the first and second levels are analyzed according to a set of criteria (size of administered territory, number of population, local public finances, revenues per capita) and their cost-efficiency is assessed; 3) How to best integrate territorial units (cities, towns, villages) in how many administrative units at how many levels? Which are possible models here? 4)Which should be the administrative and financial interactions between these territorial units? What additional mechanisms and tools may be necessary for effective provision of the public services (inter-communal/inter-municipal cooperation models, associations and networks of public services)? And 5) Based on thorough risks-assessment, how to reform properly the current system: either reform gradually the current system of rather put in place a qualitatively different one?