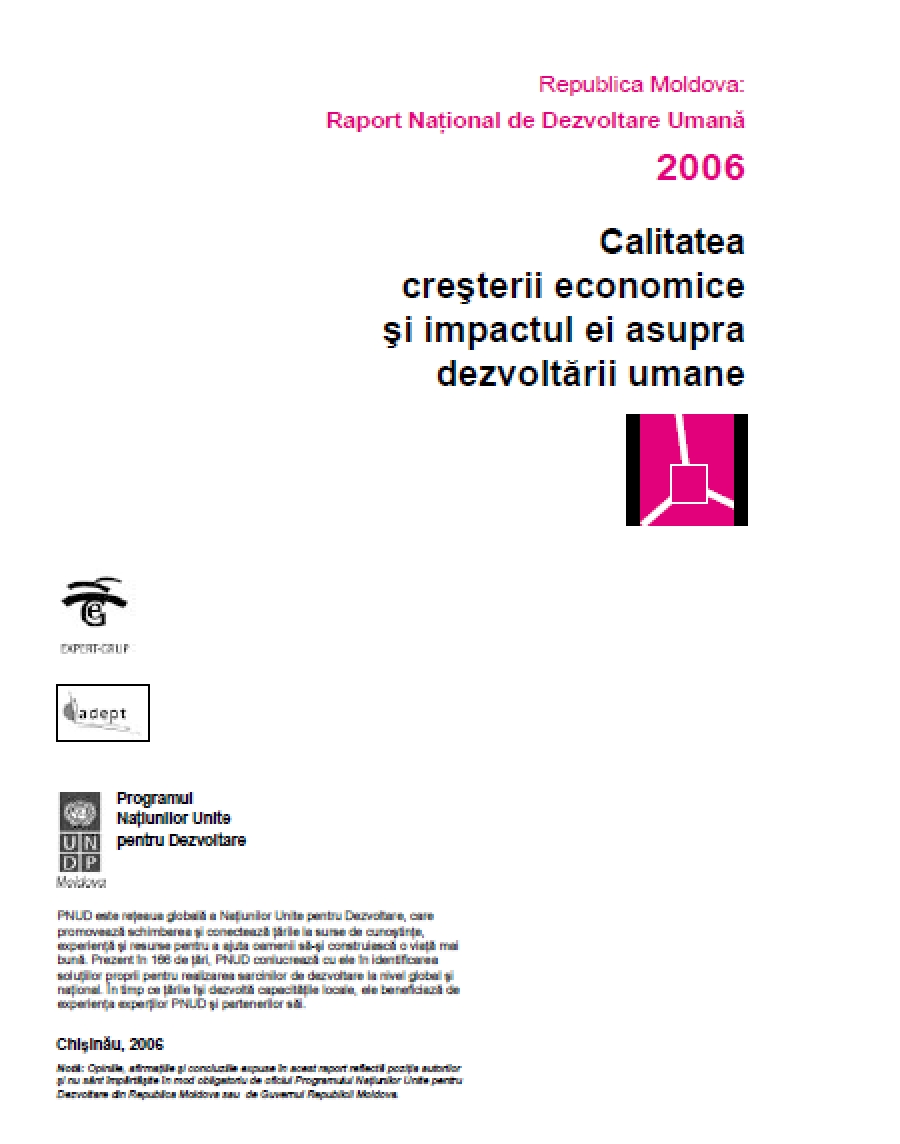 The topic of the report is particularly relevant for the current situation of economic convalescence of the Republic of Moldova. In its early transition, this country suffered an acute economic collapse which also worsened its social indicators. The year 2000 was a turning point for the economy, after which, in the period 2001 to 2005 the economy grew on average 7 percent annually. But what about the quality of this growth? Is the Republic of Moldova able to provide the conditions necessary for long-lasting economic growth? What has to be done in order for this economic growth to translate more into human development? This report is trying to answer these and other questions.