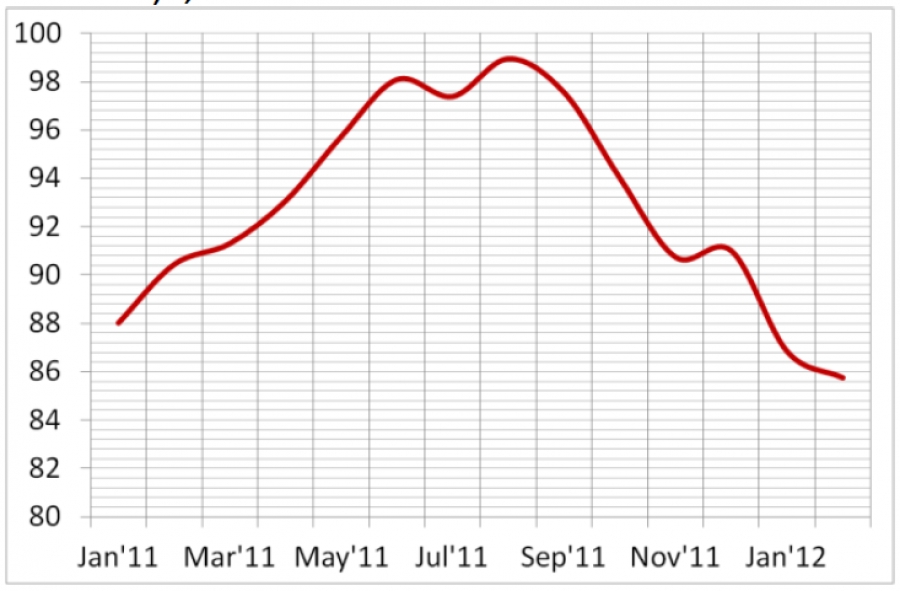 The economic leading indicator (ELI) continued its downward trend in February, revealing the cooling down of the Moldovan economy, which might persist in the near future. Thus, the indicator decreased by 1.1 p.p., which has been determined by declining exports and halving the growth rate of remittances. As a result, the repercussions of the Eurozone sovereign debt crisis are already visible in the Moldovan economy, which consist in cooling the foreign demand and increased tensions on the EU labor market.