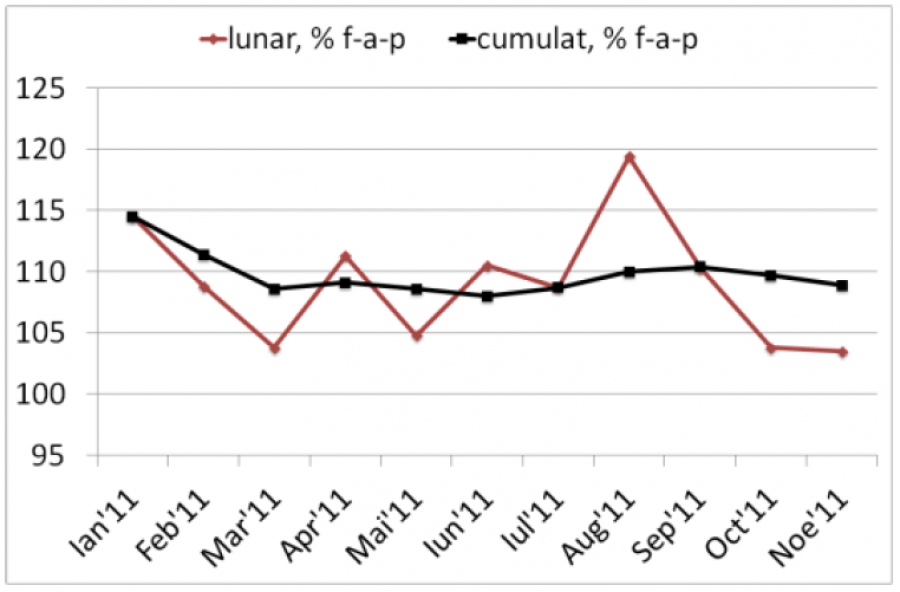 At the end of the year, the statistical data denote a less favorable situation for the Republic of Moldova, with risks turning into real facts and lowering economic performance . All the GDP components slowed down their growth paces, the biggest contribution owing to the stagnation of the investment activity. Thus, both local and foreign investors became more reluctant, investing less and less in the recent months. Although the final consumption is consolidated its position as the most important economic growth determinant, it nevertheless remains sensitive to regional economies’ fluctuations and grew at a lower rate during the third quarter of 2011.