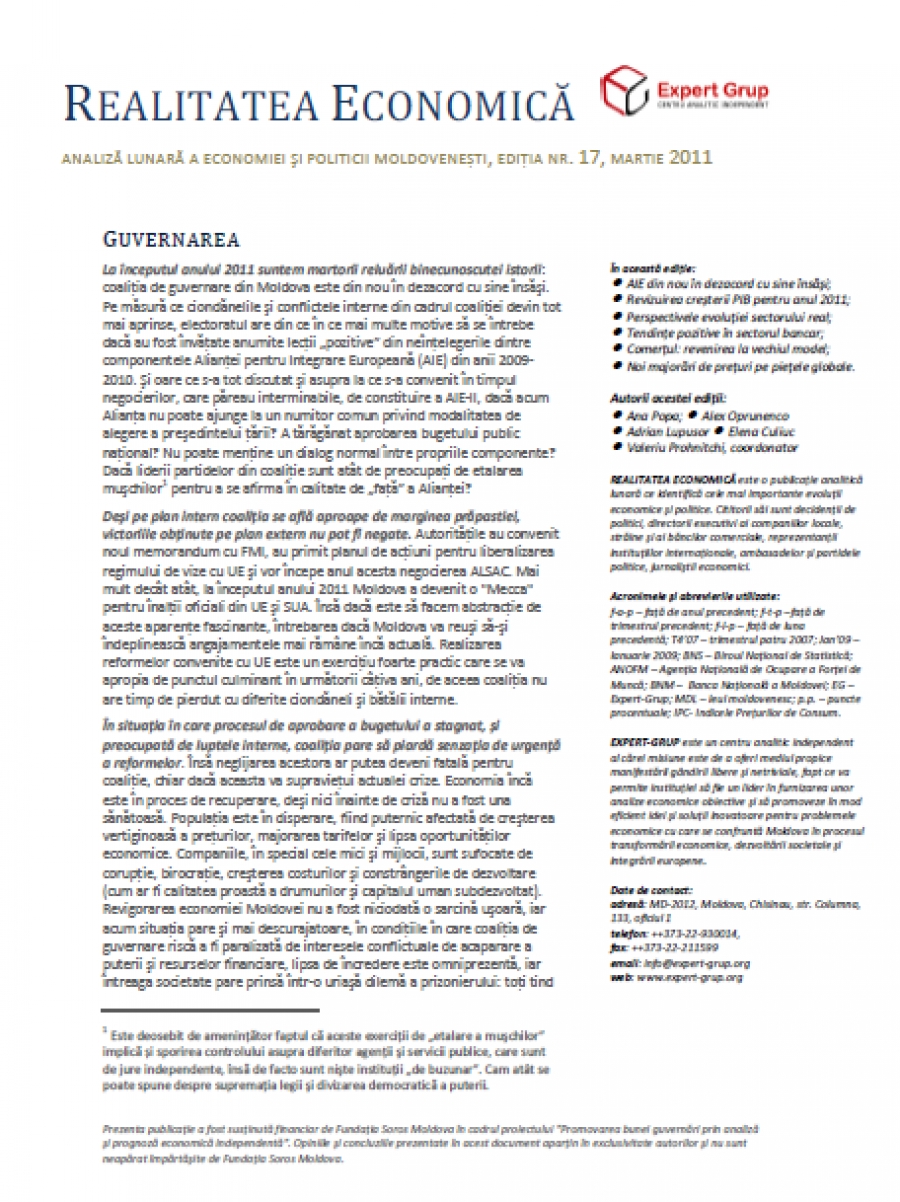 In 2010 Moldovan economy grew faster than other economies in the region, surpassing Government's, NBM's, IMF's and EBRD's expectations. However, the structure of registered economic growth reflects Moldova returning to the pre-crisis growth model based on consumption. As prior to the 2009 crisis, in 2010 the gross value added increased slower than taxes on goods and imports. Our revised forecasts indicate a GDP growth up to 5.7% in 2011.