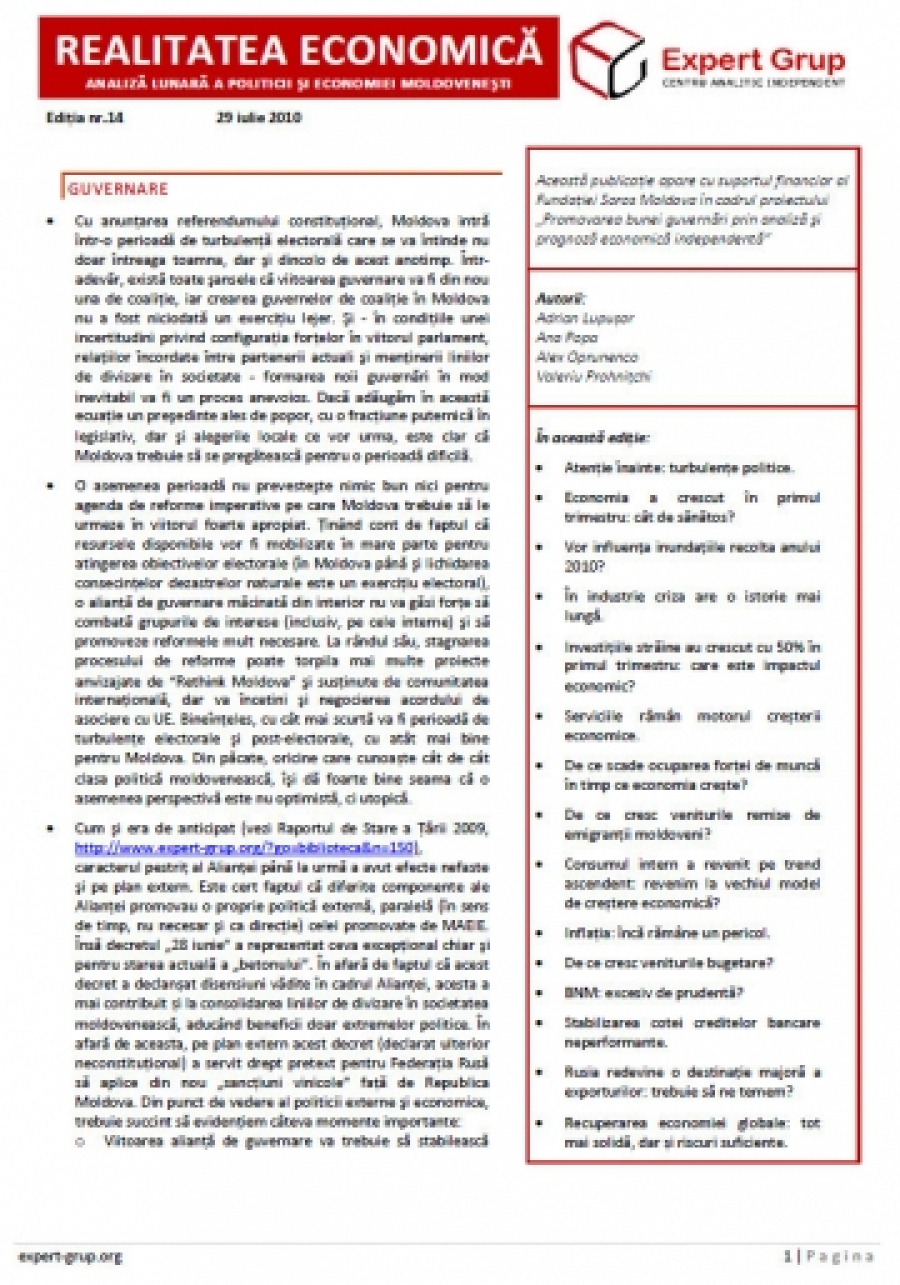 After the first signs of economic recovery already appeared at the end of 2009, the Moldovan economy returned to a robust growth of 4.7% during the first quarter of 2011. At the same time, final consumption is becoming again the main growth factor of GDP, while the fixed capital formation remained on its downward slope. Although, the quality of this economic growth is very questionable, it fuels optimism and increases the possibility of over-shooting the IMF forecast of 2.5% for the current year.