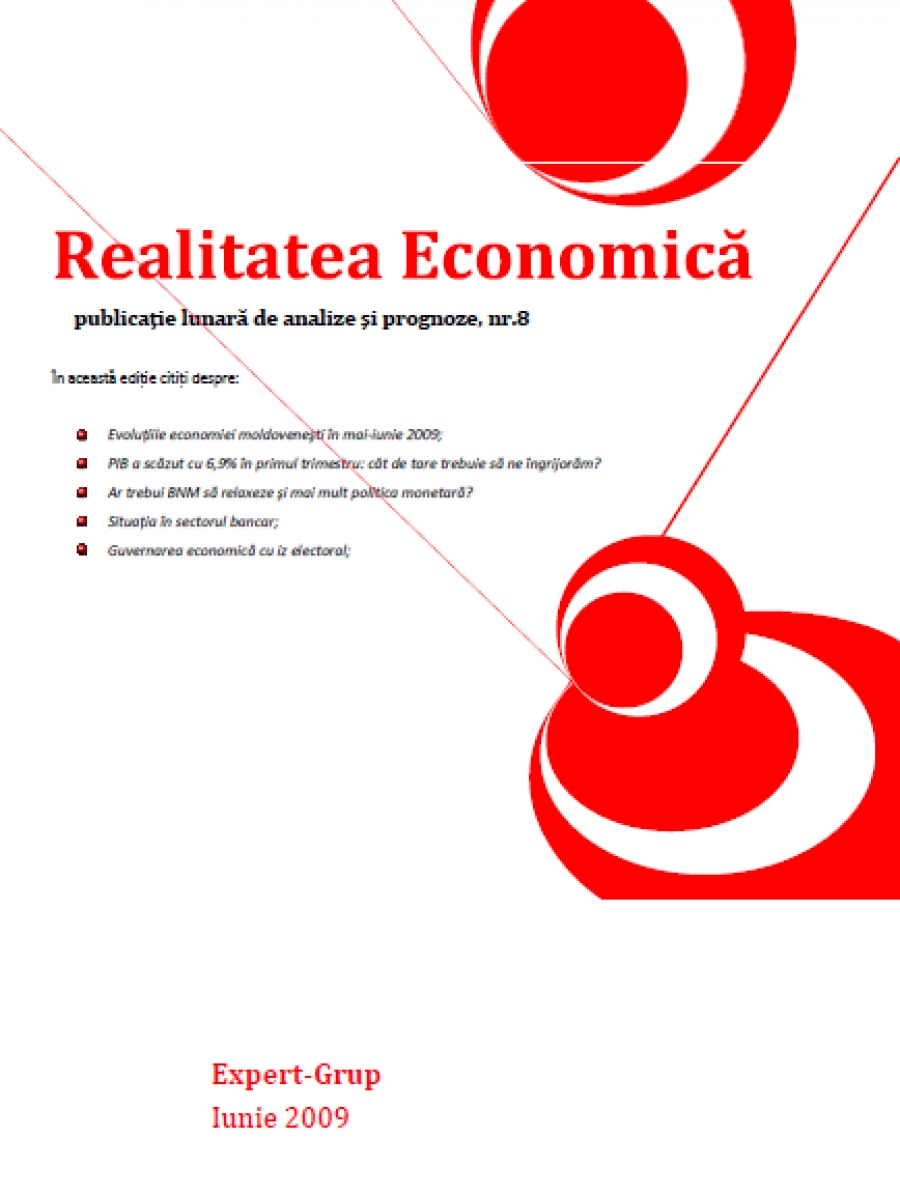 Moldovan economy in the last two months was marked by electoral circumstances and political objectives of the ruling party. The content and tone of the interim government program has disappointed the audience, waiting to see a clear set of anti-crisis measures, but instead received a new portion of sterile patriotism. The deep recession of the economy in the first quarter (-6.9%) is somewhat lower than average in Central and Eastern Europe, but is strong enough to prove inconsistency of claims made by the representatives of the ruling party that political crisis and early elections are the factors that triggered the economic crisis in the country. More about economic developments during the crisis can be found in Real Economy no. 8.