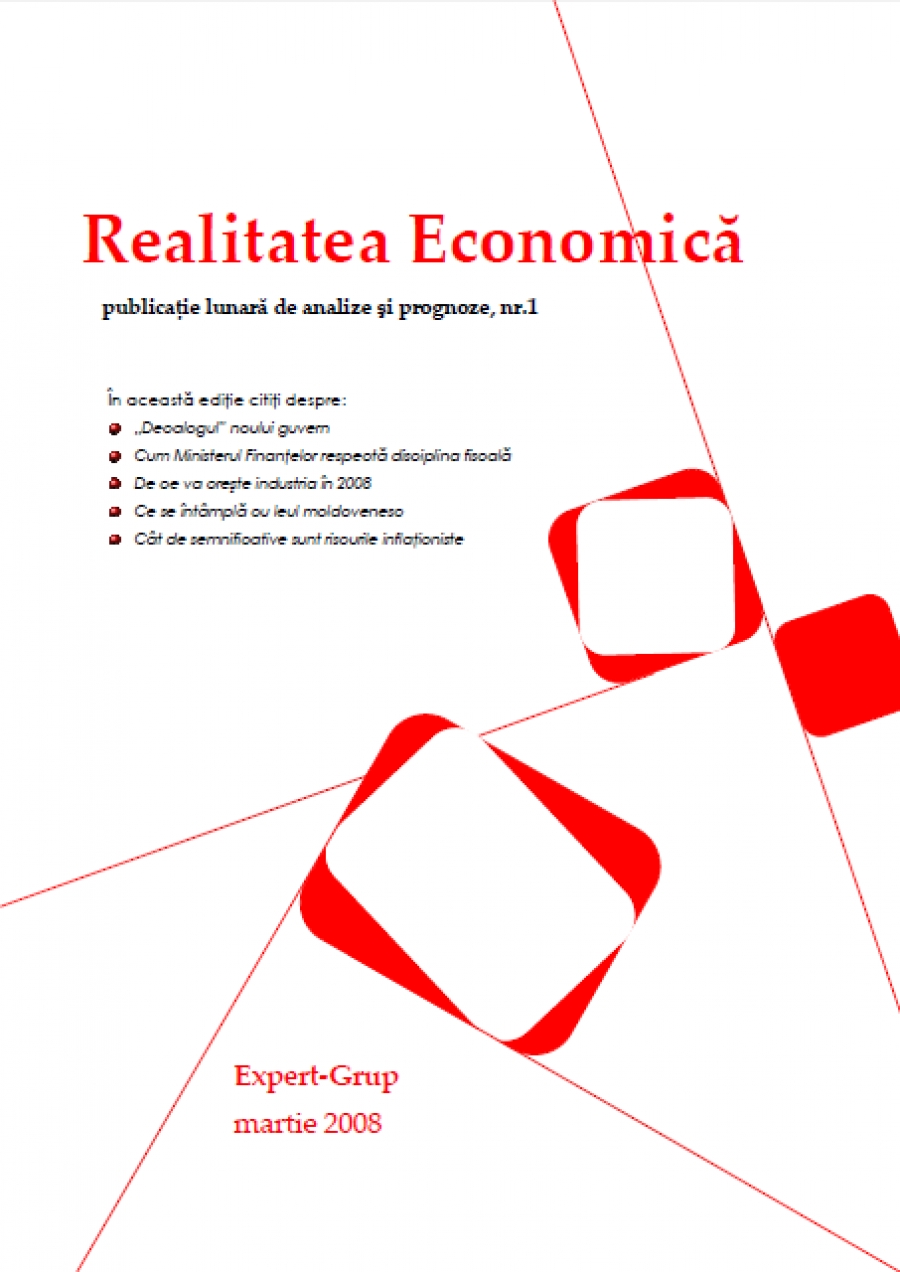 The major event of this quarter was the dismissal of the Government led by Vasile Tarlev and the appointment of Zinaida Greceanii as a candidate for prime minister. Although we anticipate a technocrat government, it will face pre-election challenges, pressures caused by the short period of its activity and major shortcomings in structural and institutional reforms, including those set in the Actions Plan Republic of Moldova - European Union. Current edition of Real Economy examines these challenges and identifies priority actions for the new government.