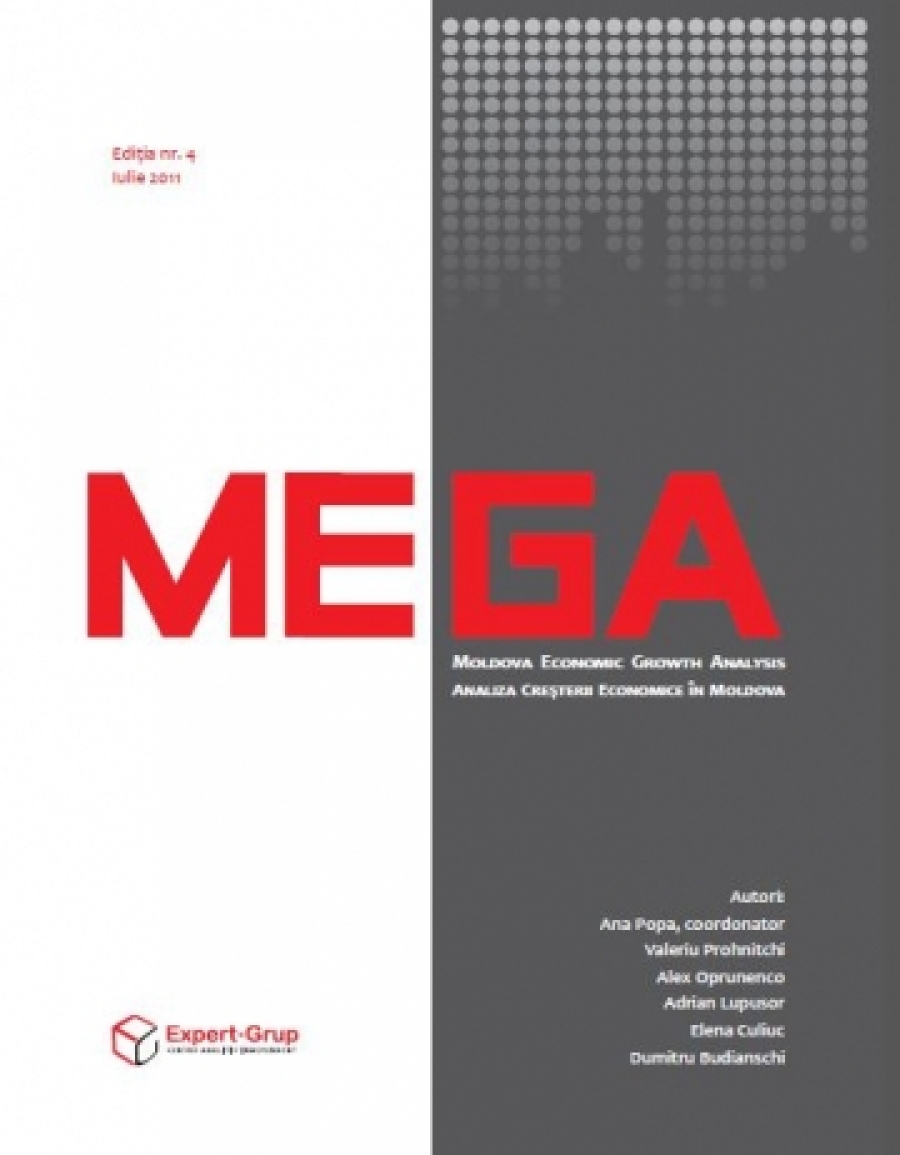 The Moldovan economy continued to develop amidst the environment of the ‘provisional’ governance. Such a model of governance featured growing political instability and lingering constitutional crisis, acrimonious infighting in ruling coalition, protracted stalemates in reform agenda across the whole board of arduous issues, and so on. This however has not yet blemished significantly the image of the “success story” image bestowed on Moldova and the economic growth this year. The magnitude of economic recovery set up Moldovan GDP in 2010 at the pre-crisis level and the take-off continued in early 2011 with even more impressive advances. However, as much as the quality of growth is concerned, Moldova is getting back to the pre-crisis growth model that provides too much comfort for the Government with no pressure to act rapidly and efficiently. The growth is expected to continue against the background of economic recovery and expiring provisions of ‘fiscal paradise‘ with zero corporate income tax for reinvested profits. Indeed, consumption based growth is the only feasible option for Moldova in short- and mid-term, but the Government should trade on inflows of remittance for promoting private and public investments. Otherwise, in long-run Moldova will end up with rising prices rather than expanding output and employment. A number of critical constraints are key factors behind the expected slow-down of economic growth in mid-term. All these are analysed in the issue no. 4 of MEGA, which also provides policy recommendations for Moldova to adapt and capitalize on the potential global economic changes, instead of ‘enjoying’ its victim status further on.