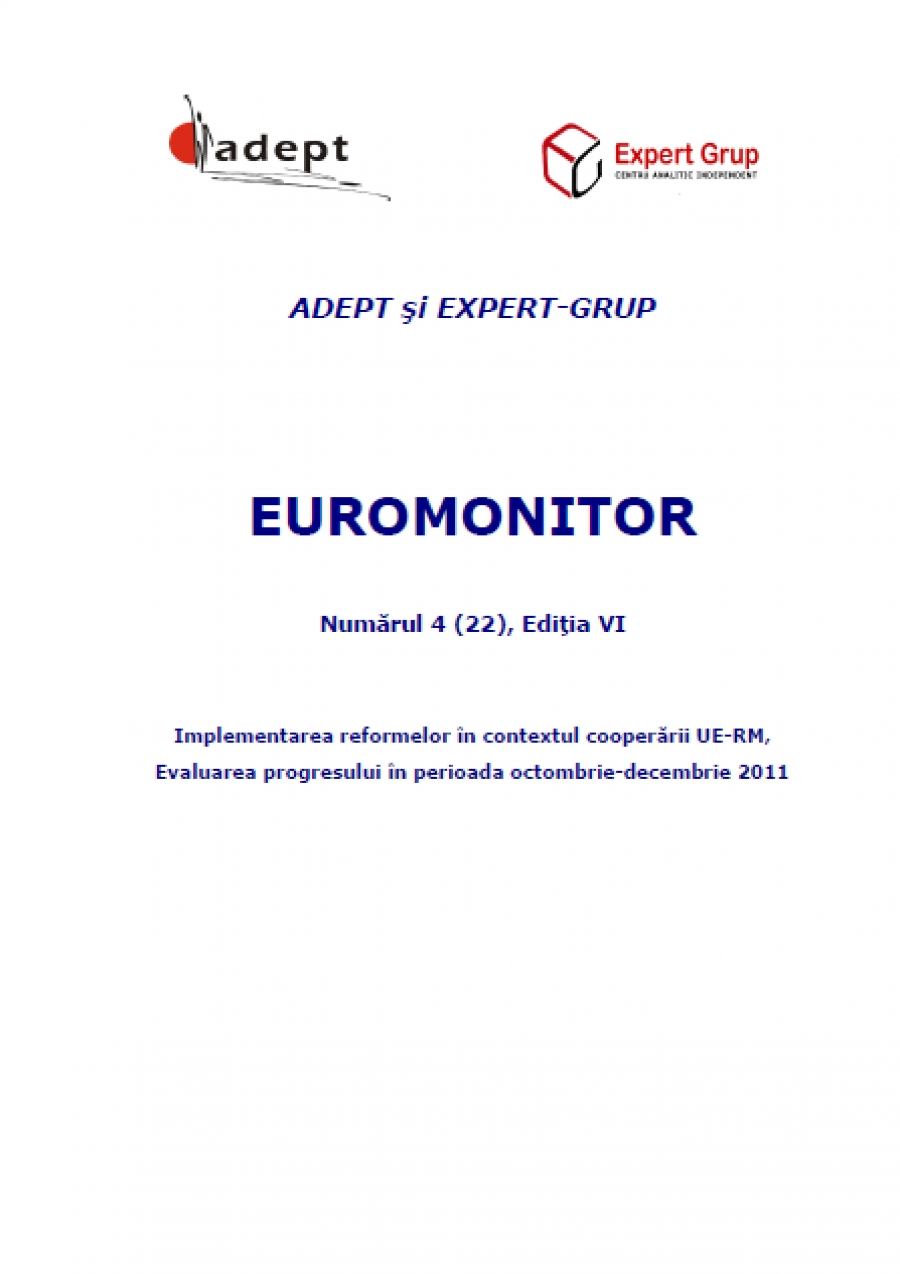 The Government continued to carry out actions for fulfilling the undertaken commitments in the area of human right, but this process has developed slowly, with delays or even without any progress in many important areas. Justice reforms did not have positive results, perceived by society and by representatives of judicial system. Many provisions of the Government Activity Program included in the chapter “Responsible and Efficient Administration” were not implemented, and many legislative and normative actions are being elaborated and consulted, while the implementation is delayed. An important step towards the European integration of Moldova was the official opening of negotiations on DCFTA. In the domain of tariff and nontariff barriers, a reasonable progress has been achieved, the planned actions being implemented according to the schedule. At the same time, Moldova continued to register a modest progress in the reform and modernization of the customs’ system where the issues of corruption, bureaucracy and lack of transparency persist.