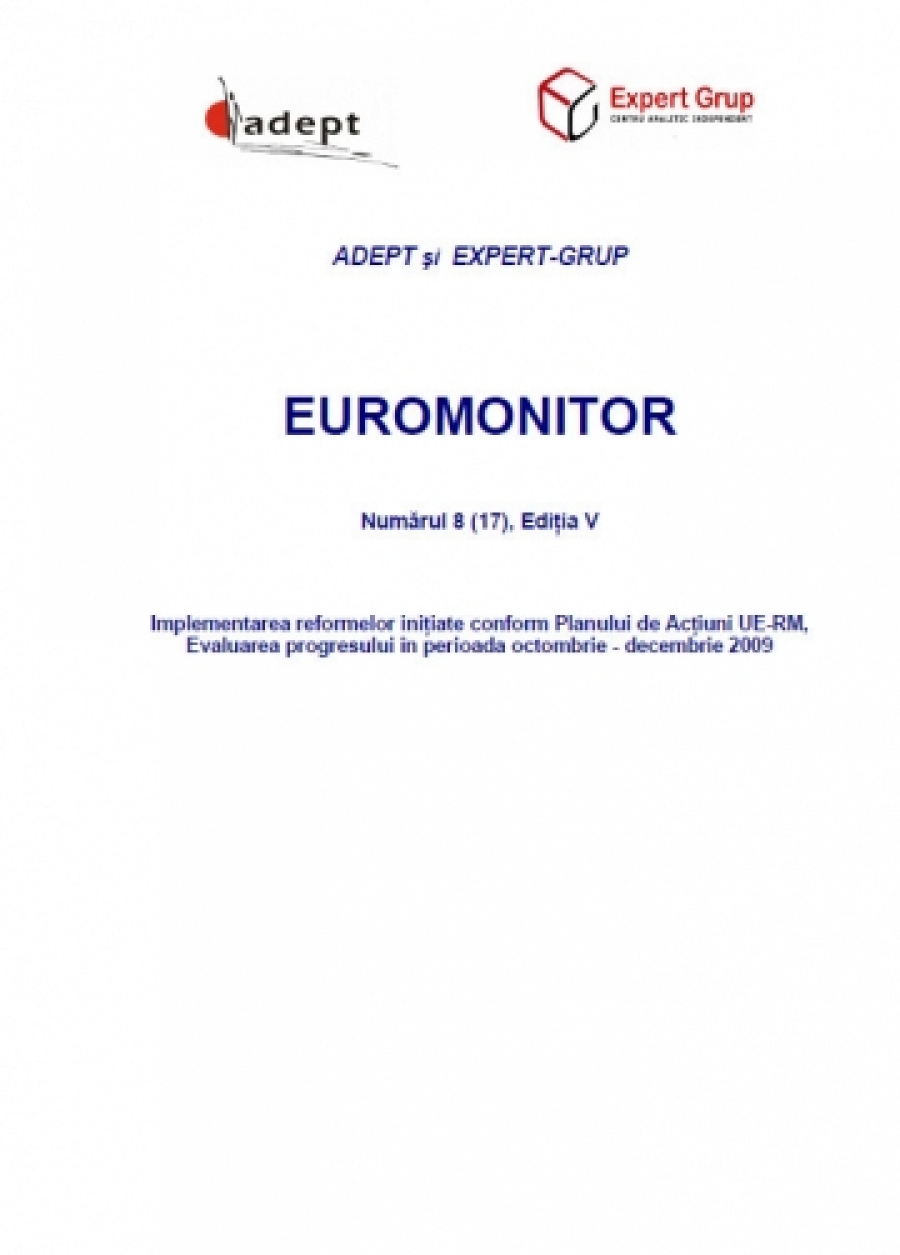 In the area of democratic institutions, in October-December 2009 the Government registered some progress in terms of amending some restrictive stipulations of the Electoral Code, consolidation of the dialogue with the civic society, slight improvement of mass-media freedom, access to information and transparency of the decision-making process. The political changes did not destabilize the public administration. However, the process of restructuring of some central structures as a result of starting the activity of a new Government, hampered, to a certain extent, the implementation of the central public administration reform. The new Government did not have much time for addressing all the important economic issues accumulated at the end of year. Still, the first steps have been done. First of all, the Government has elaborated the Program for Stabilization and Economic Recovery of the Republic of Moldova for 2009-2011. At the same time, a new Agreement with IMF has been negotiated, which is one of the most difficult and important actions aimed at economic stabilization and recovery.