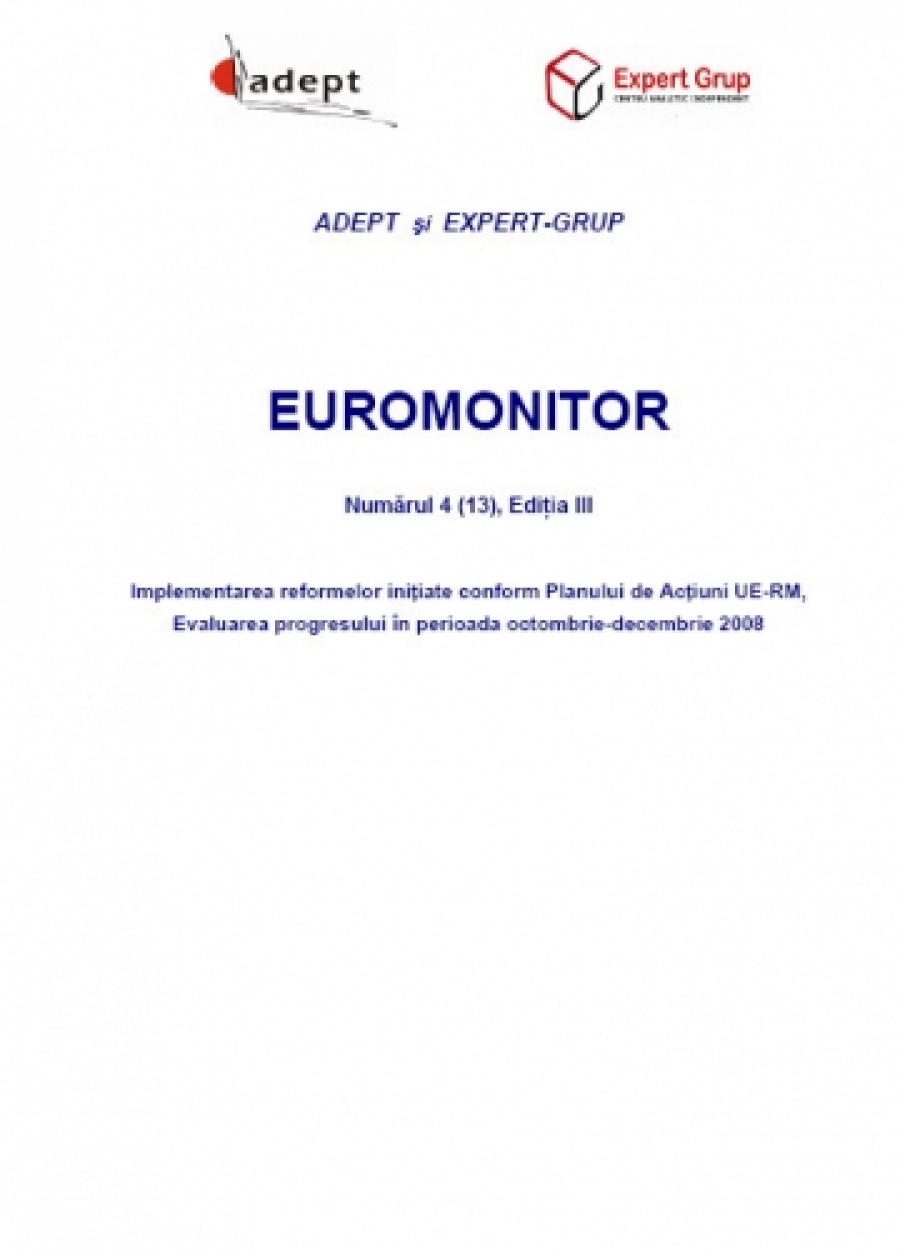 The dialogue between Moldova and the European Union, during the first quarter of 2009, has been characterized by a constant trend. Some moderate evolutions were registered in the area of democratic institutions. Among the most important ones can be mentioned: consolidation of the legislation related to the rights of children, employees and prisoners, actions by the Ministry of Justices aimed at improving the conditions for prisoners, supporting the dialogue between the civic society and public institutions through involvement in discussions on public policies. At the same time, the previously reported issues persist and some of them even aggravated on the backgrounds of the electoral campaign of 2009. In the economic sphere, the evolutions were marked, on the one hand, by the world economic and financial crisis, and, on the other hand, by the pre-electoral period which made the Government’s actions to be not consistent with the real needs of the economy.