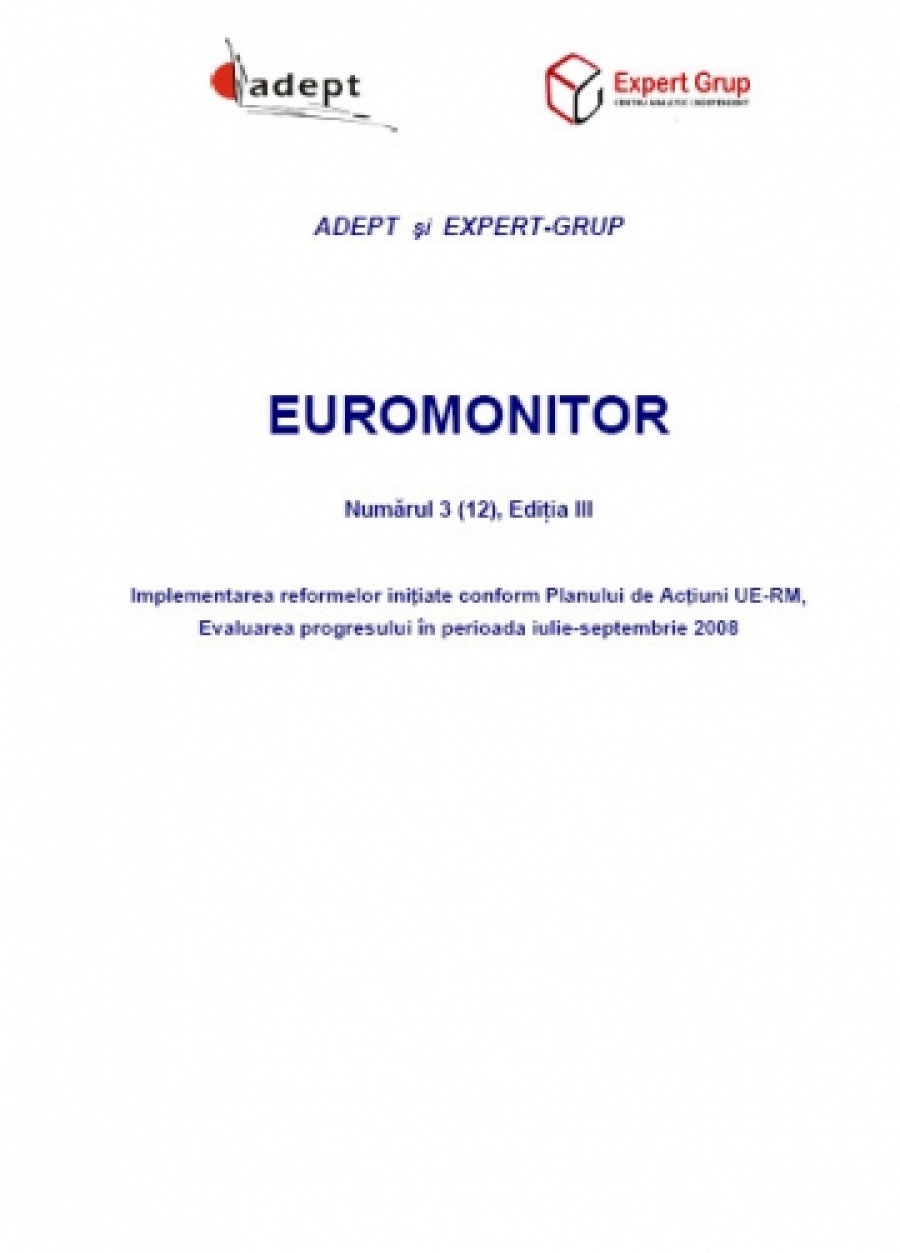 "Euromonitor" aim at an independent and objective monitoring of the process of implementation of the Republic of Moldova – European Union Actions Plan. This report monitors the actions taken and implemented by both parties in the third quarter of 2008. The dialogue between the Republic of Moldova and the European Union was rather diffident, particularly on behalf of the European Community, which has repeatedly notified Moldovan authorities over the degrading democracy and freedom of expression in the country. Economic evolutions in this period were influenced by the July-August flooding, which generated unplanned expenses from the state budget and diverted funds from other sectors and priorities. However, given the pre-electoral year, the Government has decided to increase salaries of some categories of budgetary employees, social allocations and certain compensations.