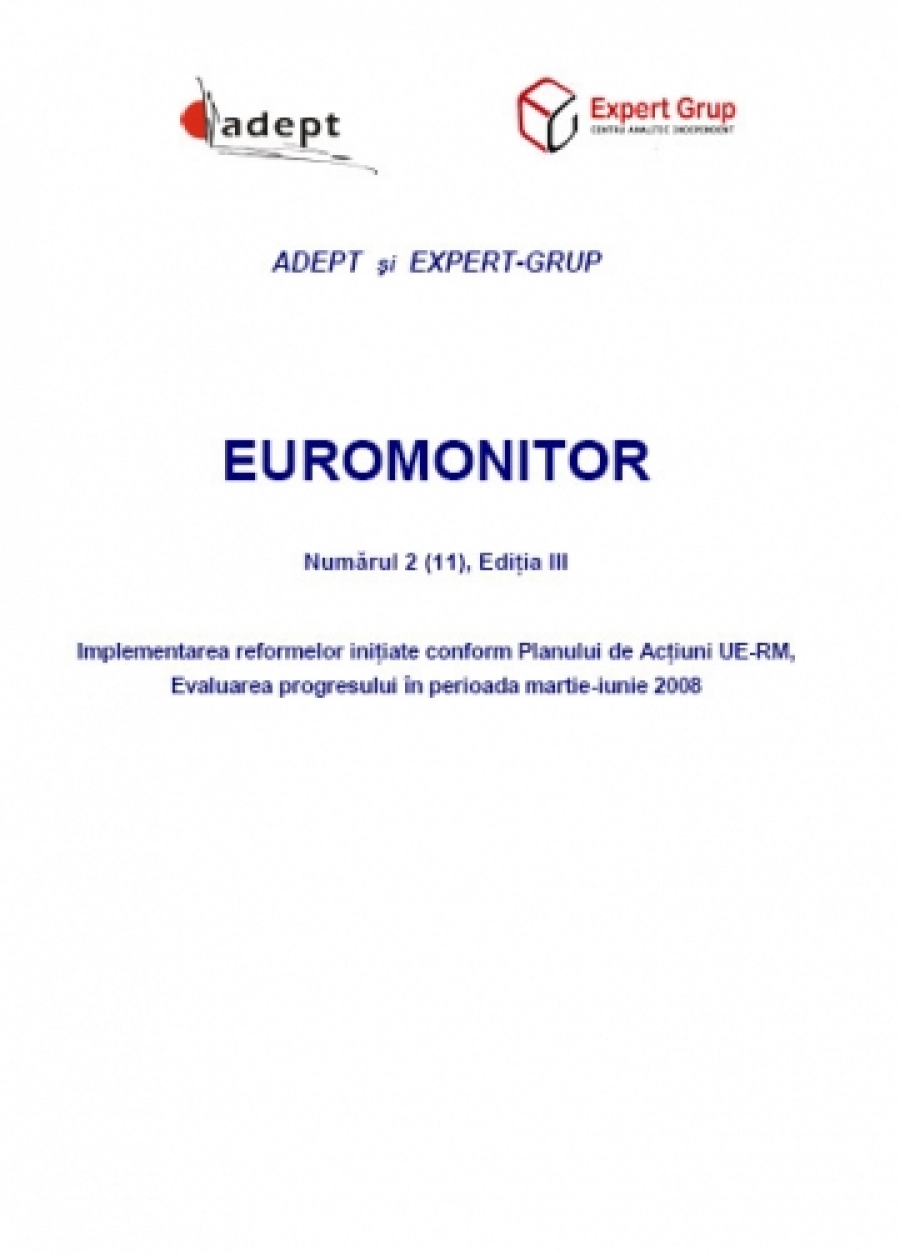 End of the implementation period of the European Union – Republic of Moldova Actions Plan (EUMAP), alongside the expired term of the EU-Moldova Partnership and Cooperation Agreement (PCA) opens a new stage in the bilateral relations: preparation, negotiation and adoption of a new agreement. From the EU perspective new relations with the Republic of Moldova are regarded in the light of the December 5, 2007 Communication from the European Commission to the European Parliament “A Strong European Neighbourhood Policy”. This document and the verbal reconfirmation by European Commission President José Manuel Barroso at the January 14, 2008 meeting with Moldovan President extends the implementation term of EUMAP as an EU cooperation instrument with Moldova until all potential of this document is explored. In spite of Moldova’s progress in implementing the EUMAP, the imperfect enforcement of legislation adjusted to EUMAP requirements additionally to chronic arrears in a number of areas of major importance such as the rule of law and independence of the judiciary, human rights and freedom of the media, especially of public broadcasting, autonomy and efficiency of local public administration, investment climate, etc., are the major problem so far.