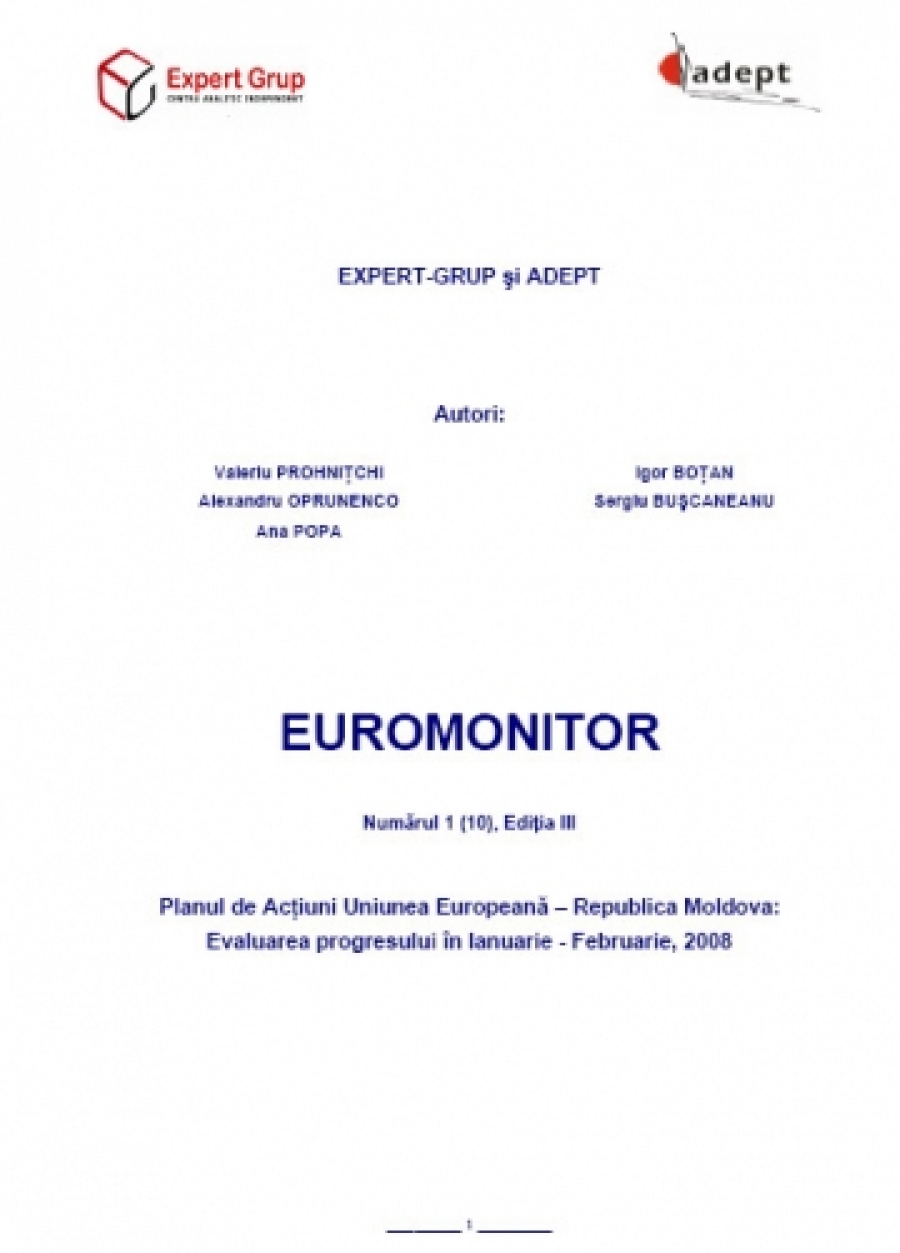 Reports in this series aim at an independent and objective monitoring of the process of implementation of the Republic of Moldova – European Union Actions Plan. This report monitors the actions taken and implemented by both parties in the first quarter of 2008. The most important evolutions were registered in (i) justice sector - the adoption of the law on alternative ways to settle litigations and a certain improvement of situation in prisons, (ii) Transnistrian conflict - President Voronin’s initiatives aimed to strengthen confidence between Chisinau and Tiraspol have built a more favourable context for an agreement between Russian and Ukrainian presidents “to intensify the diplomatic dialogue in order to find a common ground and settle the Transnistrian conflict” in the "5+2" format, (iii) business climate - a number of important laws entered into force on January 1, 2008 to improve the business environment: the law on basic entrepreneurship regulatory principles, the law on accounting, and the law on auditing, amendments to the Fiscal Code.