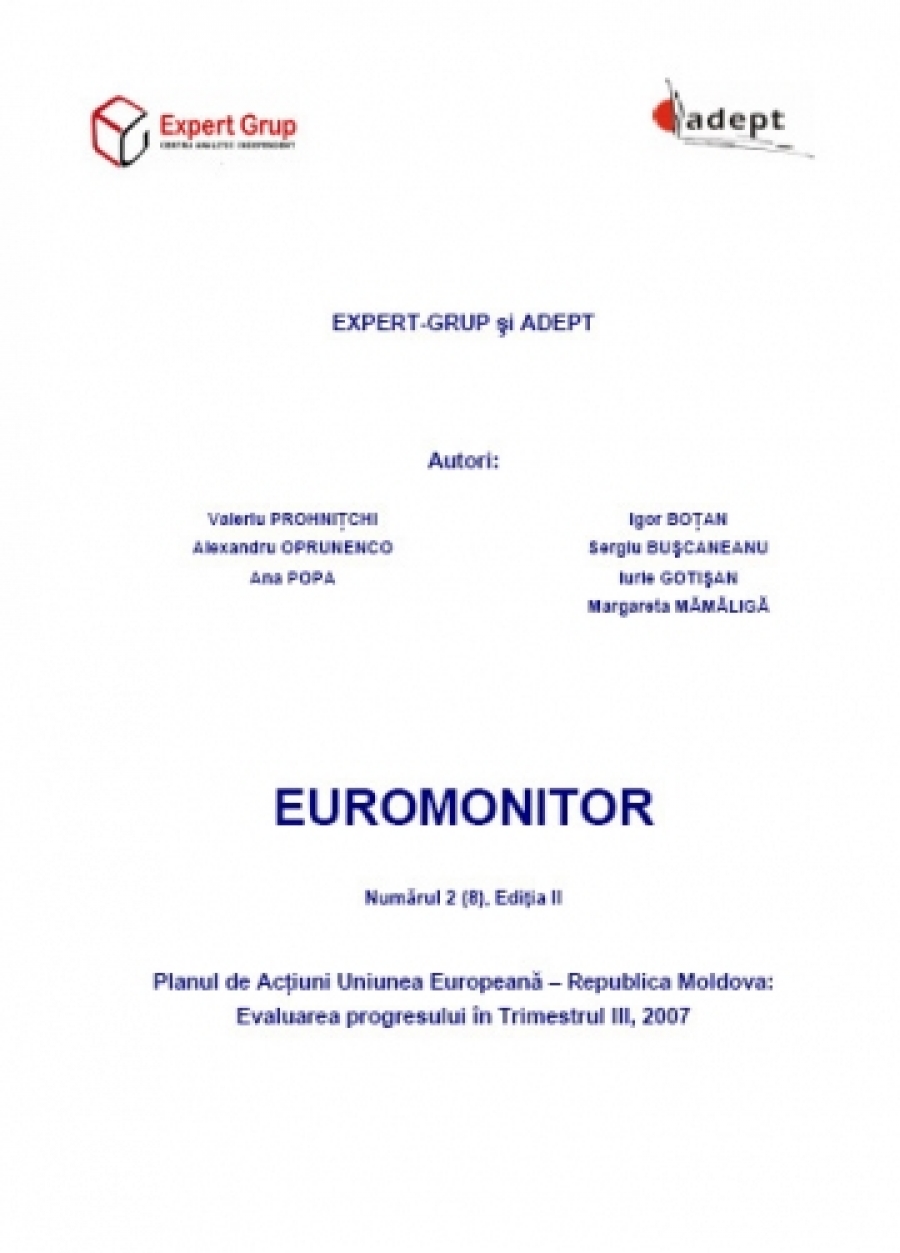 Reports from the "Euromonitor" represent sources of independent and objective monitoring of the process of implementation of the Republic of Republic of Moldova – European Union Actions Plan. This report monitors the actions undertaken by both parties in the third quarter of 2007. An activation of the Moldova-EU political dialogue was observed in this period. The Ministry of Foreign Affairs and European Integration (MFAEI) has played an important role in stirring up the dialogue between the Parties. The authorities have started paying more attention to the judiciary, contributing to the support and promotion of specialised assistance programmes by adopting important legal and normative acts. At the same time, less favourable conditions for Moldova’s economy were observed in the development and economic reform area.