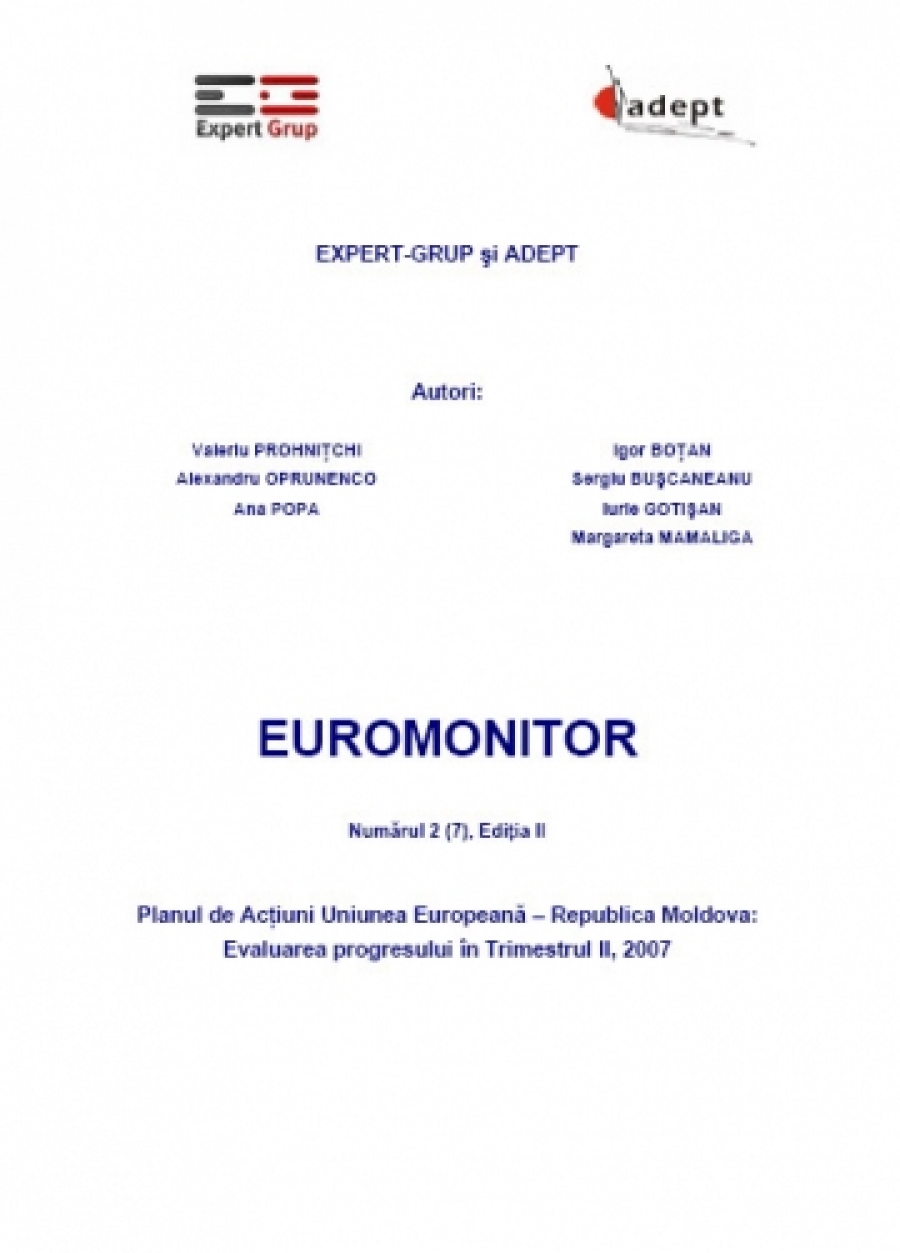 "Euromonitor" series aims at an independent and objective monitoring of the process of implementation of the Republic of Moldova – European Union Actions Plan. This report monitors the actions taken and implemented by both parties in the second quarter of 2007. Several important developments were registered in the economic field: exports to the EU have grown dramatically, 84 laws regulating business activity in Moldova were revised or amended, the new law on insurances entered into force in the second half of 2007. The evolutions in other areas were less important in this period.