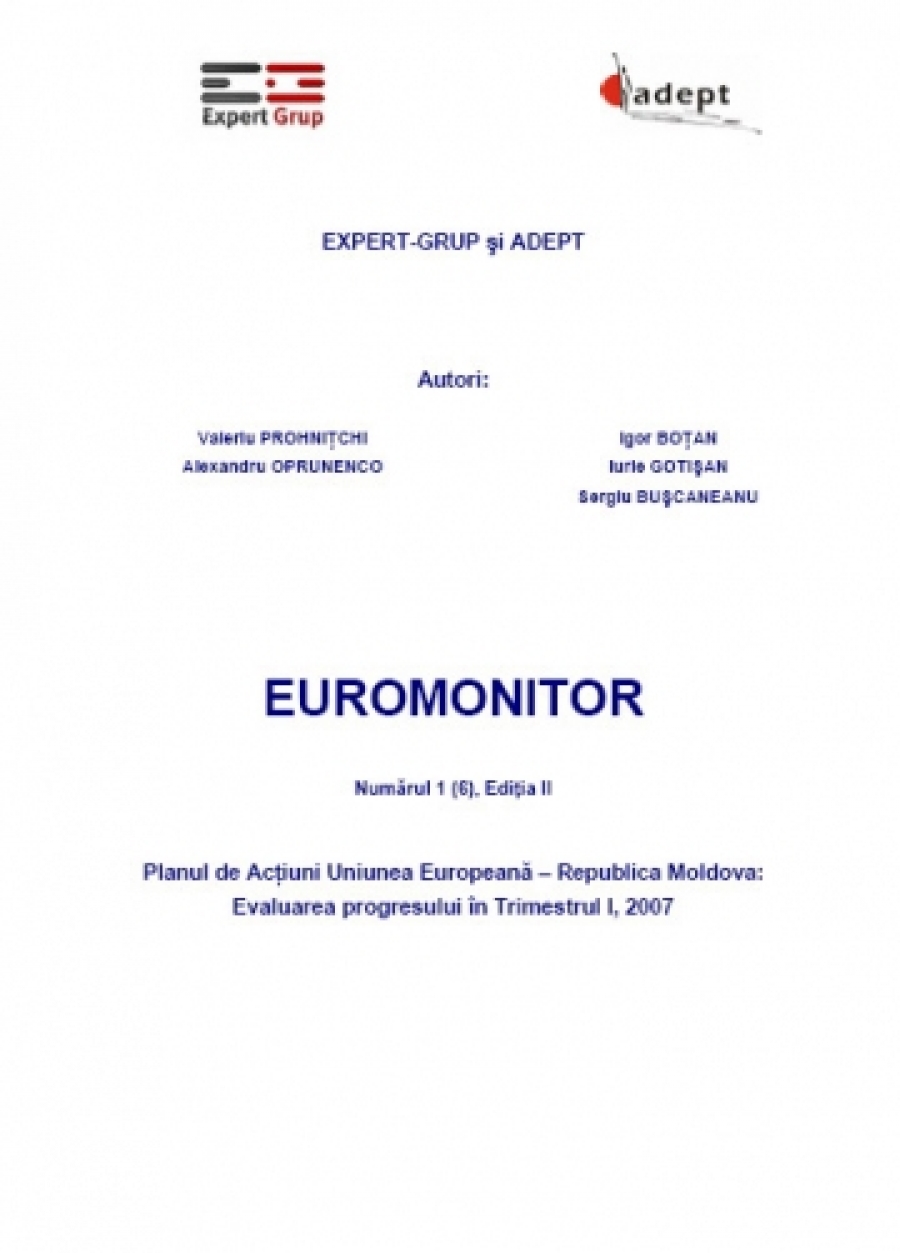 "Euromonitor" represent an independent and objective monitoring of the process of implementation of the Republic of Moldova – European Union Actions Plan. This edition monitors the actions taken and implemented by both parties in the first quarter of 2007. A certain regress was observed in few areas: practices of violation of human rights continued, the process of “5+2” negotiations on Transnistrian problem remained blocked, the social dialogue, better saying its absence, was an element undermining previous achievements in the field of social development. As regards the administrative capacity, some progresses were observed in the field of administrative reform and administrative efficiency. The reform of the judiciary was marked by some positive but insufficient developments. The macroeconomic stability ensured by active presence of NBM on monetary market is on the positive balance.