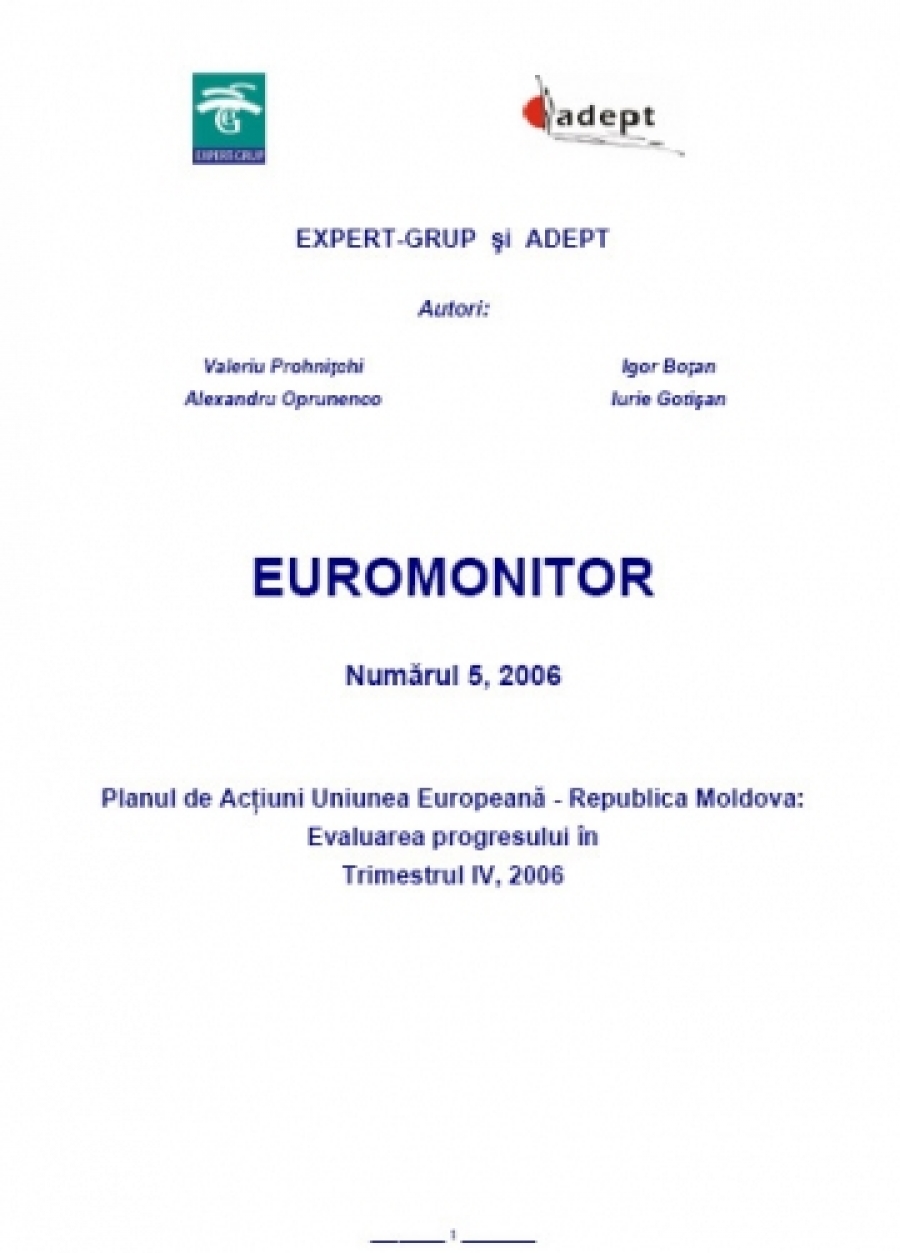 "Euromonitor" series aims at an independent and objective monitoring of the process of implementation of the Moldova – European Union Actions Plan. This report monitors the actions implemented by both parties in the last quarter of 2006. The most important evolutions of this period refer to the Transnistrian problem being part of the agenda of the December 4-5 OSCE Ministerial Council, with the United States, the European Union, Romania, Bulgaria, Turkey, Latvia, etc., supporting Moldova’s stance and call for the resumption of political negotiations. In other areas the evolutions were not significant, with a notable regress in the  business climate in Moldova in 2006, according to Doing Business report.