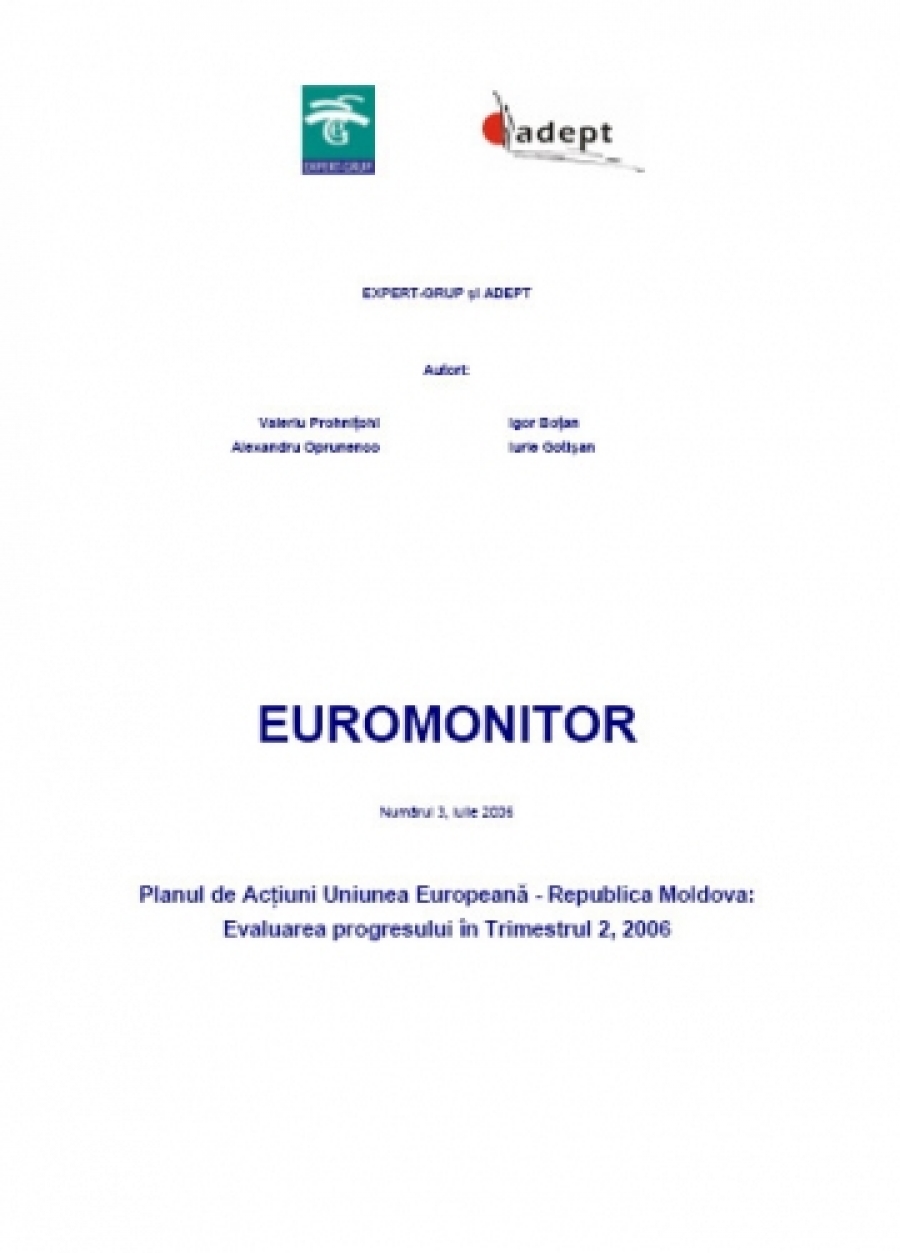 Reports in the "Euromonitor" series aim at an independent and objective monitoring of the process of implementation of the  European Union - Republic of Moldova Actions Plan. This report monitors the actions undertaken and implemented by both parties in the second quarter of 2006. During this period in some areas there has been a moderate progress: the consolidation of administrative capacity has seen some development in accordance with the Strategy and Action Plan for the reform of public administration, there were some attempts to improve the investment climate, evolutions in the field of democratic institutions, better control over the Transnistrian segment of the Moldovan-Ukrainian border. Nevertheless, many areas have seen little if any progress: the Transnistrian settlement negotiations in the "5 +2", the reform of justice was not marked by significant events designed to strengthen the independence and authority of the judiciary. In some areas - migration management, foreign trade and fighting human trafficking - a regress compared to previous situation was registered.