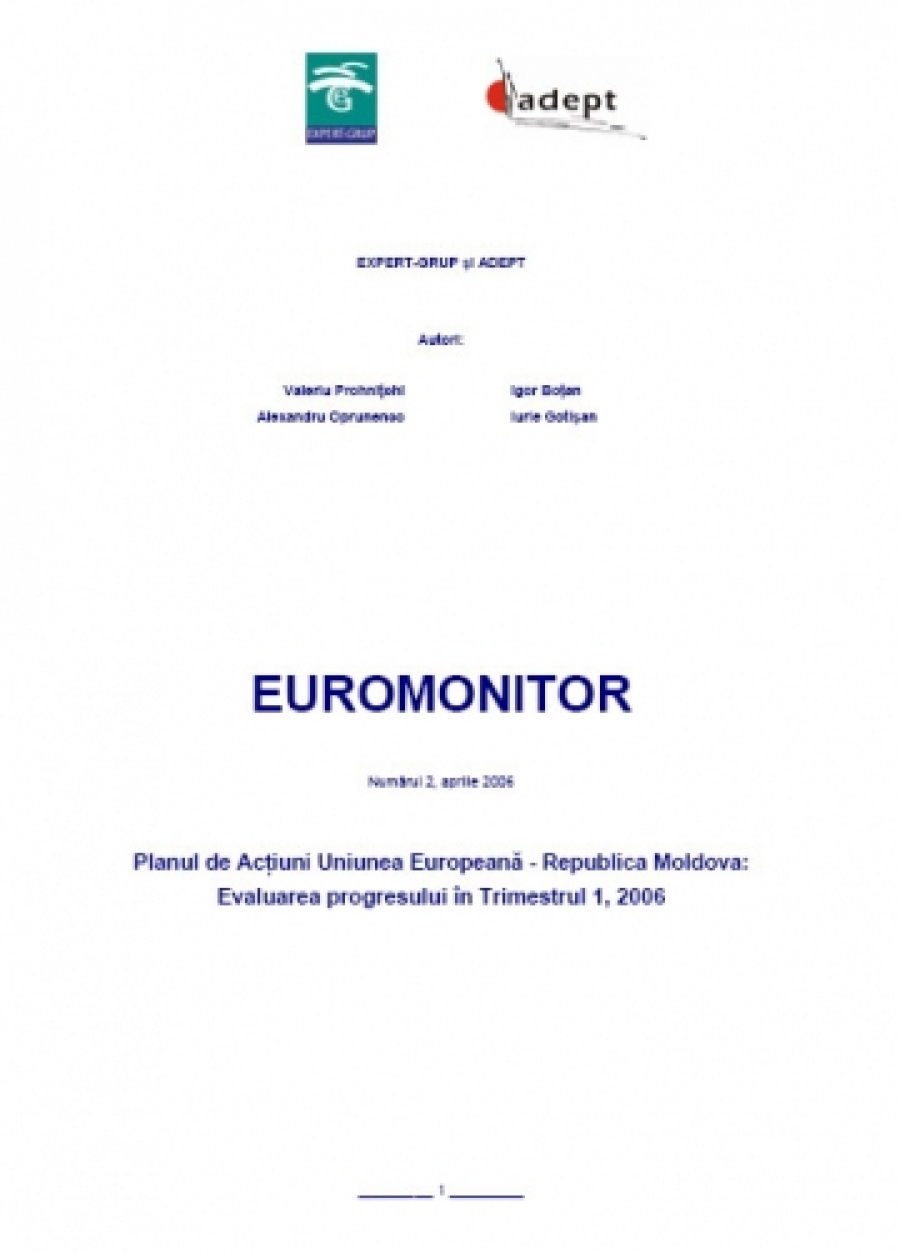 In the first quarter of 2006, the Government and the Parliament adopted or drafted a number of laws and regulations in several key areas: human rights, equal chances, prevention of torture, access of citizens to information of public interest, cooperation of the public institutions with civil society. These have underscored a certain political will of consolidating the democratic institutions. At the same time, no progress was achived in many areas: negotiations concerning the Transnistrian dispute in the 5+2 format have led nowhere, the implementation of the central public  administration reform has been slow, very little was done to revise the legislation in order to ensure the independence and impartiality of the judiciary in Moldova, or the impartiality and effectiveness of prosecutors. Moldova’s international trade has been degrading in quality since Russia introduced new commercial barriers.