Impact of FDI on the economy of Moldova 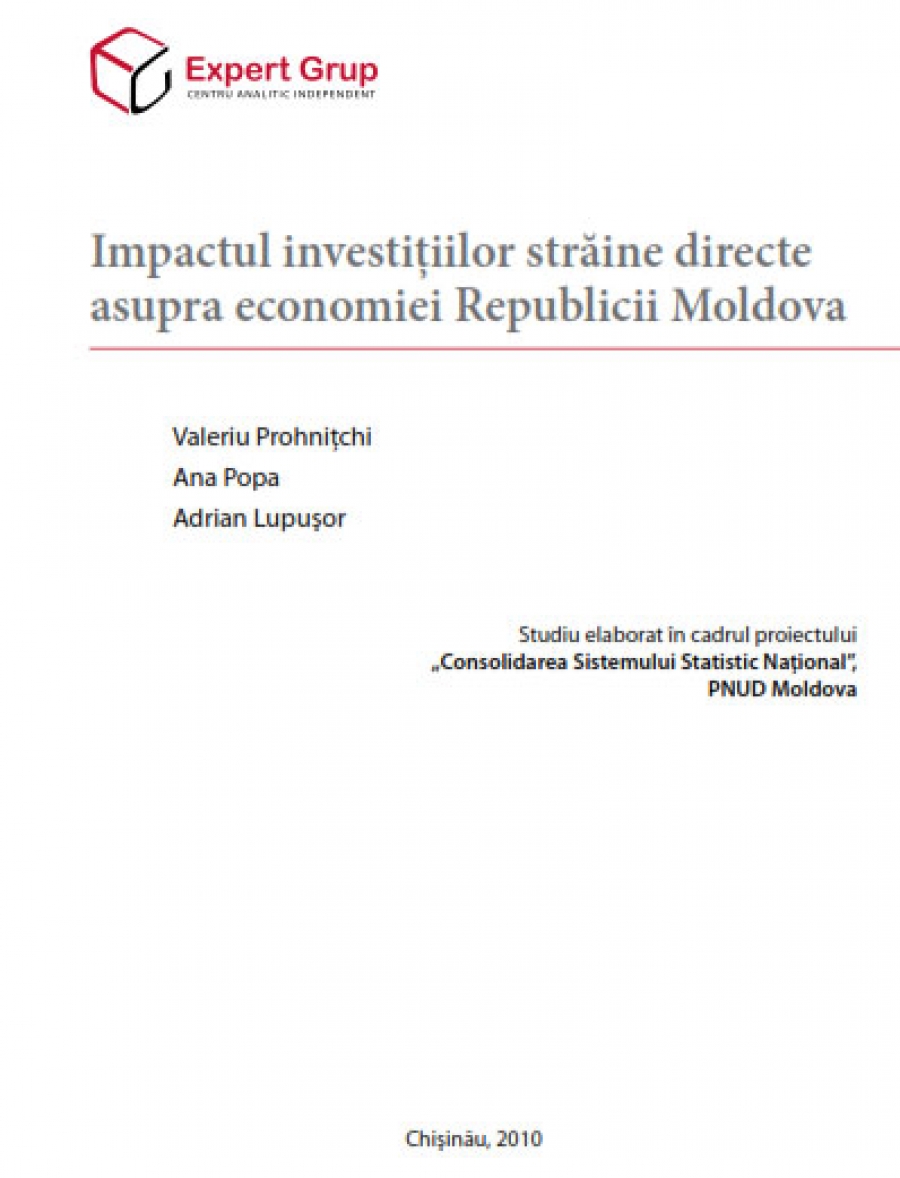 Measuring and comparing on an international scale the impact of foreign direct investments (FDI) on economic development is a difficult task because of very limited statistical data, but also because of the difficulty of establishing unequivocally and measuring the intensity of cause-and-effect relationships. The economic impact of FDI on the host country depends on a very wide range of factors, which vary greatly from one economy to another. Moreover, the impact of FDI can vary greatly from one sector to another, even within one the same economy.  The goal of this analytical study is to demonstrate how existing statistical data can be used to evaluate the impact of FDI on Moldovan economy, precisely from this sectorial perspective. Particularly, the authors examined to what extent FDI contributed to economic growth, the growth of exports and employment. Also, we investigated whether companies with FDI are more, or less successful than local companies, and whether FDI had any positive or negative impact on local producers. The study also recommends a range of policies in order to maximize the positive impact of foreign direct investments on the Moldovan economy.