Analysis of the Moldovan-Czech Economic Relations: Hindrances and Opportunities for Increasing Bilateral Trade and Investment 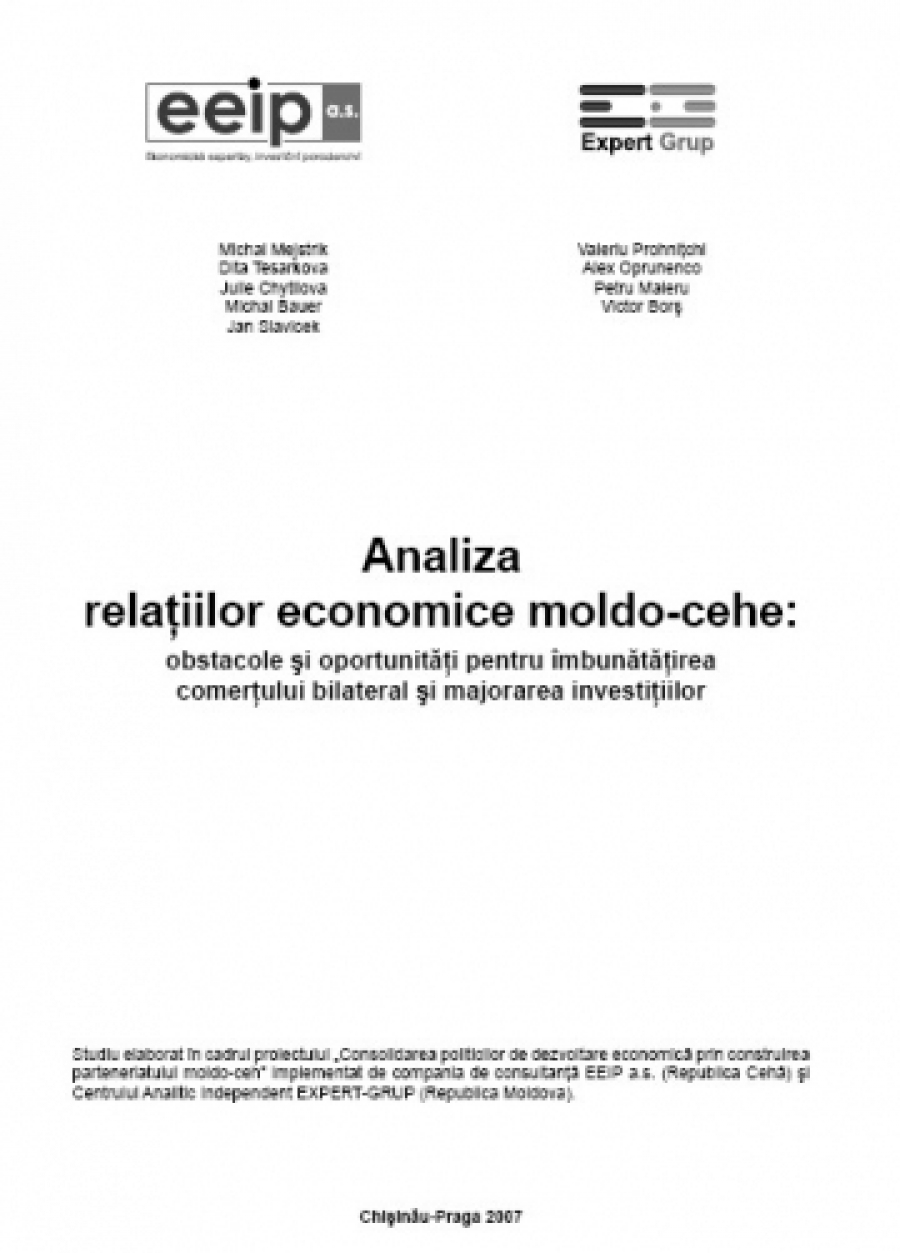 Since the breakup of the socialist bloc and Soviet Union, both the Republic of Moldova and the Czech Republic have stridden to build modern democratic states and competitive market economies, as well as to become legitimate parts of the European Union. Certainly, the Czech Republic has much more progress to report with this respect. Its political and economic transition culminated on May 1, 2004, when the Czech Republic along with other nine countries became member of the European Union. Moldova’s transition has been much more uncertain and erratic up to the moment. Here is the first purpose of the study to highlight the most important features of the countries’ transition path and to draw important lectures for Moldova from the Czech experience. Furthermore, significant economic progress and international openness might make the Czech Republic an important destination of Moldovan exports and source of investments to be attracted in Moldova. So far progress has been rather modest. Thus, the second purpose of the study is to look closer at the economic cooperation between two countries, to see what the major impediments in the process are and how this cooperation may be re-energized.