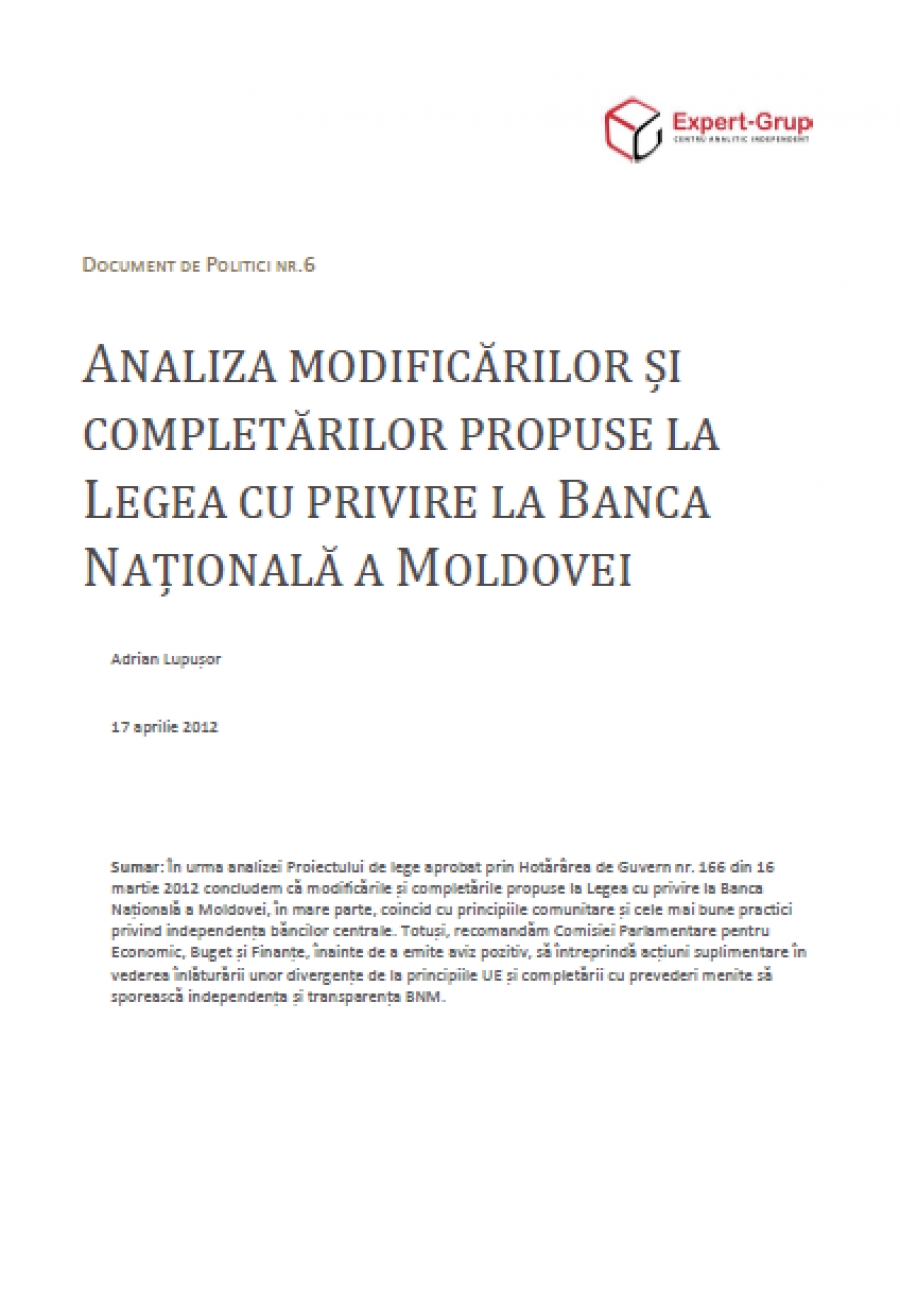 This policy brief analyzes the Law project adopted by the Government Decision no. 166 of March 16, 2012, which includes a series of amendments to the Law of the National Bank of Moldova (NBM). Our analysis denotes that the proposed legislative modifications, generally, correlate with the EU principles and the best practices regarding the central bank independence. However, we recommend the Parliamentary Committee for Economy, Budget and Finances, before accepting these amendments, to undertake additional measures in order to eliminate from the Law project a series of stipulations which contradict the EU principles and to introduce additional provisions that would strengthen the independence and transparency of NBM. Mainly, it is necessary to replace the member of the Supervisory Council appointed by the Government with the one appointed by the Parliament or the President, to ensure that the members of the Supervisory Council are different from those of the Executive Committee, as well additional measures that would ensure the independence and transparency NBM.