Constructions Sector: Building the Basis for a New Take-off. Policy Measures for the Construction's Sector Recovery in the Republic of Moldova 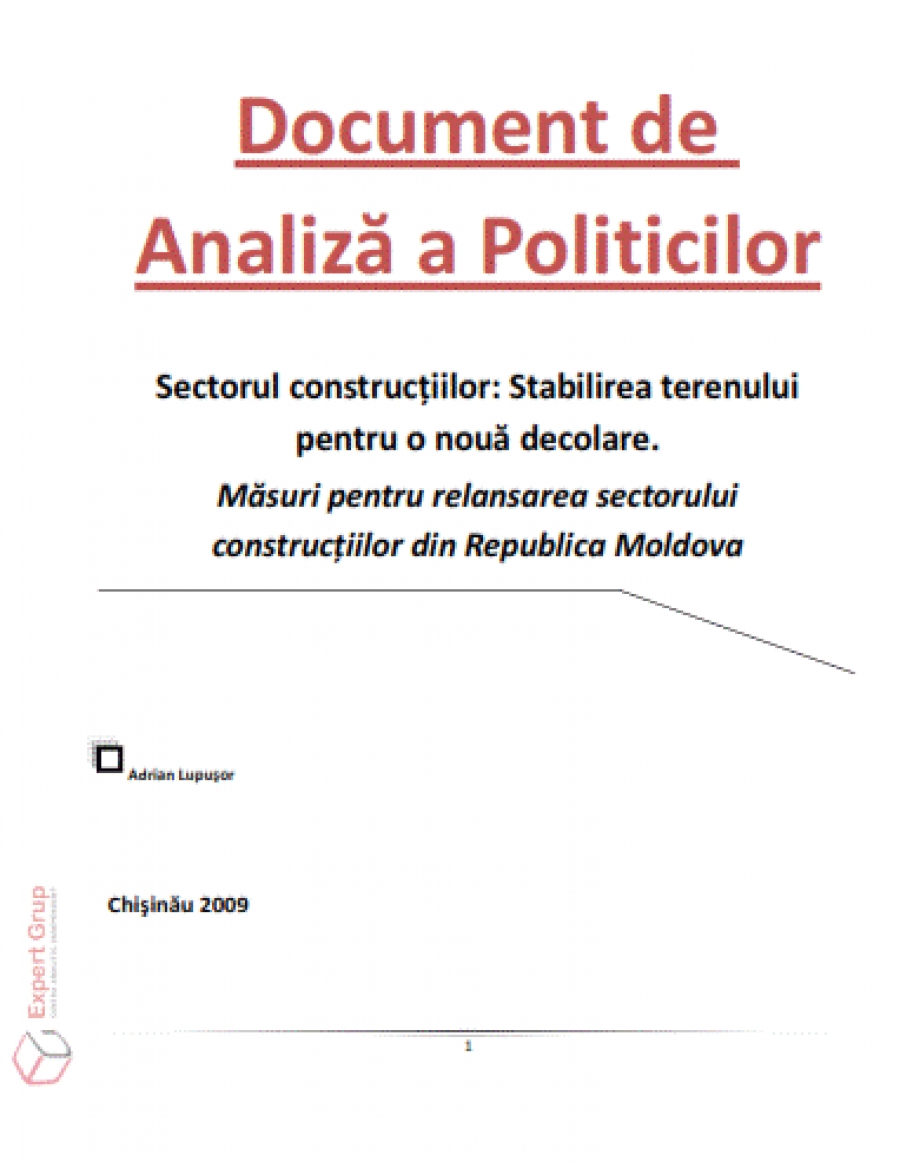 This study underlines the fact that the current difficult situation of the domestic constructions’ sector is not determined only by the repercussions from the world economic crisis, but also by a series of structural and institutional problems appeared during the recent years. The first symptoms of recession became visible long before the first effects of the world economic crisis, being determined primarily by supply-side shocks. Lately, the crisis generated an additional demand-side shock which aggravated the situation in the sector. The main policy measures for the constructions’ sector take off, which would complement those already planned by the Government should include: (i) VAT withdrawal for construction works from 2010 for 2-3 years; (ii) development of mortgage programs for young families with at least 1 child; (iii) application of a state guarantee for the first contribution necessary for contracting a mortgage; (iv) development of infrastructural projects financed from the state budget, as well as from foreign assistance and (v) simplification of the procedures for issuing the construction permits.