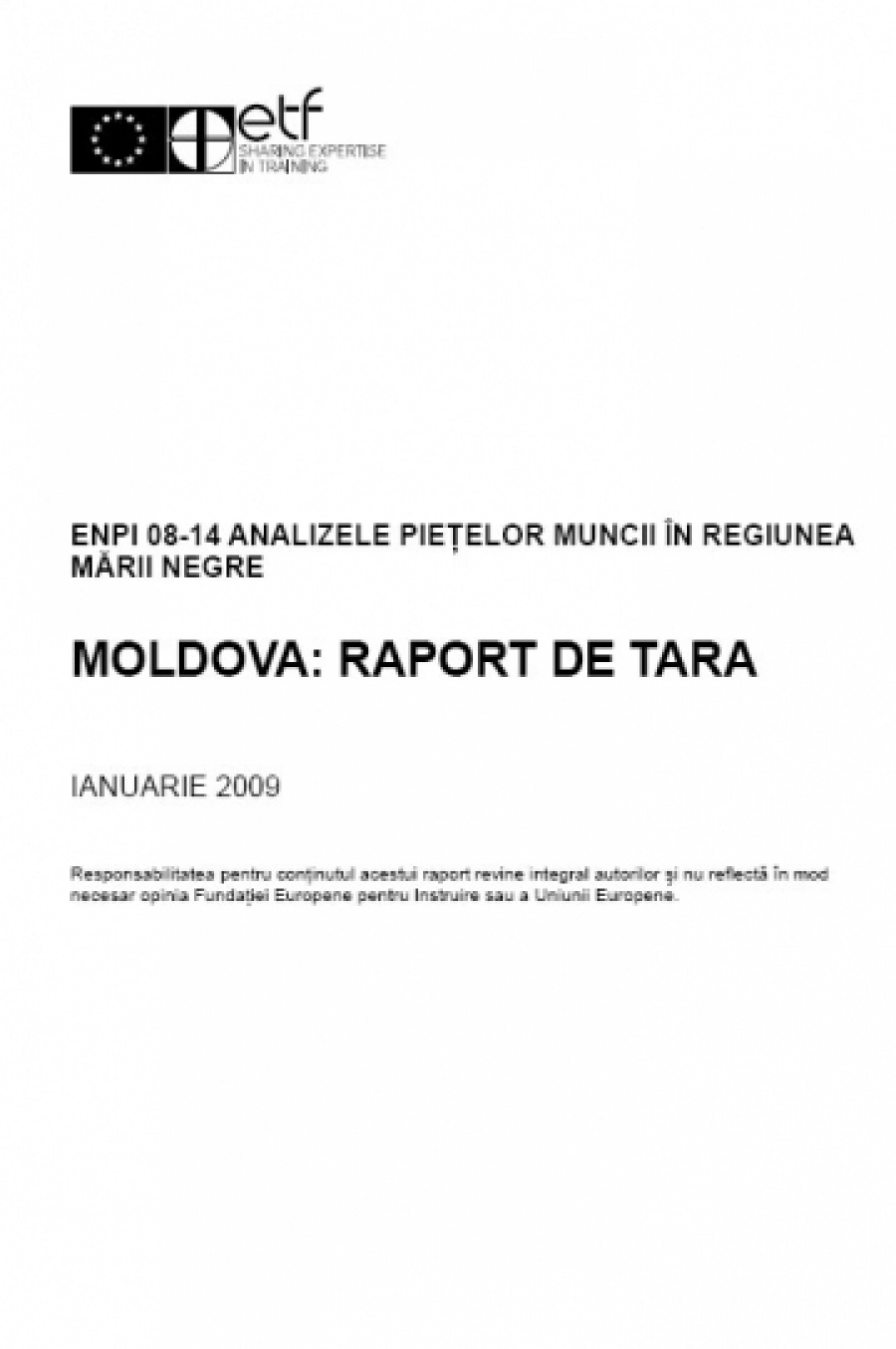 In the period 1998-2007 the population of the Republic of Moldova decreased by 2.3%. During the same period, the working age population (15-64 years) increased by 8.6%. A trend more relevant for the labour market prospects is the reduction in the population aged under 15 years, which decreased by 33% between 1998 and 2007. This is the most dramatic decline in the number of children among Central and Eastern Europe. Labour intensive migration further undermines the country's demographic outlook. Also, the employment rate in Moldova has decreased during the observation period of 1999-2007, the pace of decline being the highest in Europe. Over the last decade, economic inactivity has degenerated into a specific feature of the Moldovan society. Educational sector, essential in the training of the workforce for the real needs of the economy proved to be inefficient to meet the changing needs of the national economy in the last decade. All these raise the question: how could the Republic of Moldova become an attractive place to live and work? Authorities have developed a lot of laws, strategies and plans for employment, but most of them lacked practicality and failed to achieve the objectives and goals set. This study examines the main problems of the Moldovan labour market and comes with some recommendations to address them.