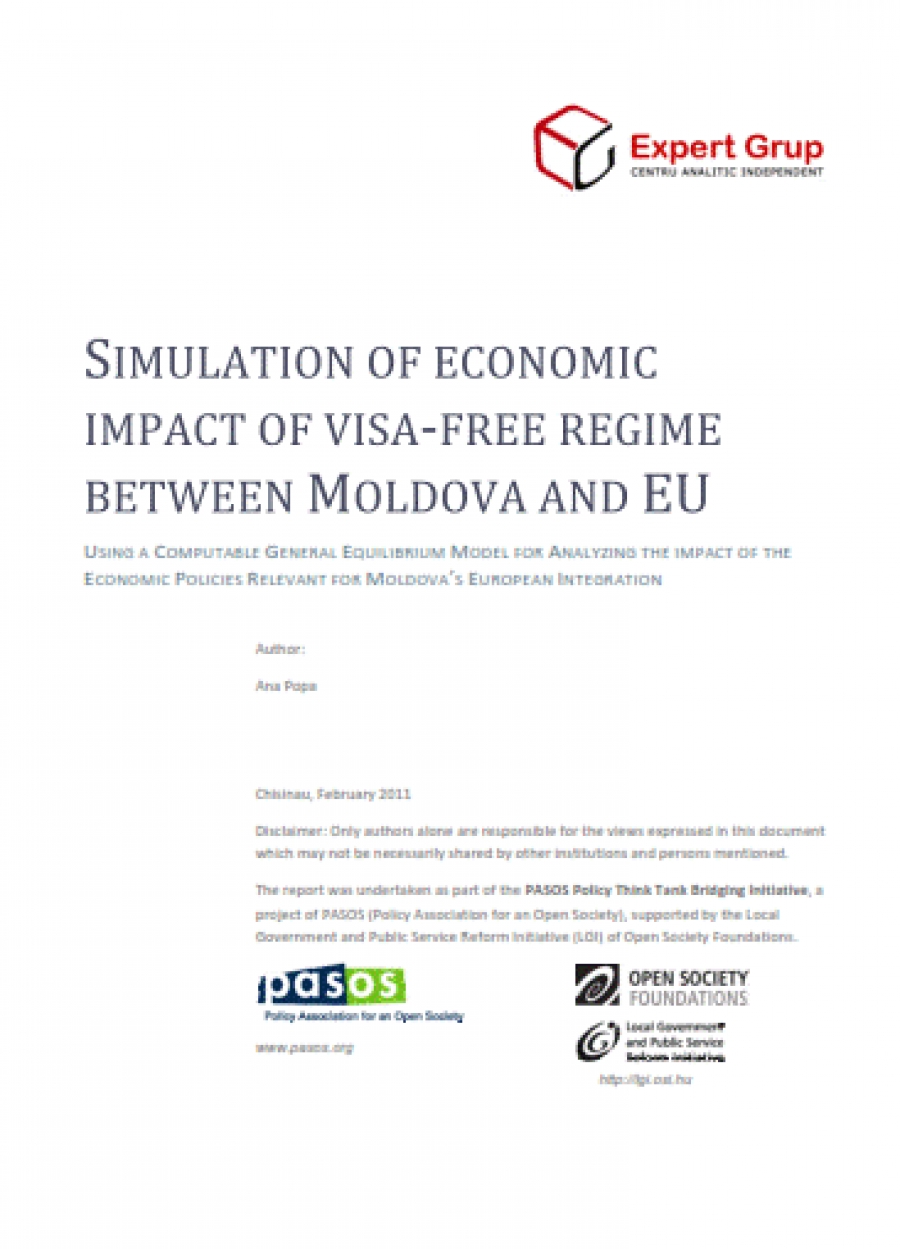 In December 2010 Moldova and EU signed the Action Plan on Visa Liberalization. This is an important step towards European integration giving much credit to the Moldovan Government. Although the Government is speaking mainly of visa‐free travel that is actually being negotiated with EU, it is aware that many Moldovan citizens think of the opportunity to migrate for labour purposes. In this paper we model the general equilibrium effects of a visa free regime. General equilibrium effects confirm the expectation of rising consumption stimulated by higher remittances. However, surprisingly, this does not result in GDP growth. The paper provides more simulation results for the evolution of the exchange rate, wages, exports, imports and output in different economic sectors. The bottom‐line conclusion of the simulations undertaken using the Moldovan CGE model is that increase in remittances and decline in labour force may eventually undermine the country’s international competitiveness. A short‐sighted government carrying only of replenishing state’s coffers by taxing consumption may be quite satisfied by the remittances increasing even more. However, this would go completely against the declared purpose of changing the current model of economic growth which is driven by consumption with a model which has been described as an investment‐based, innovation‐driven and export‐oriented model.