A Free Trade Area between the Republic of Moldova and the European Union: Feasibility, Perspective and Potential Impact 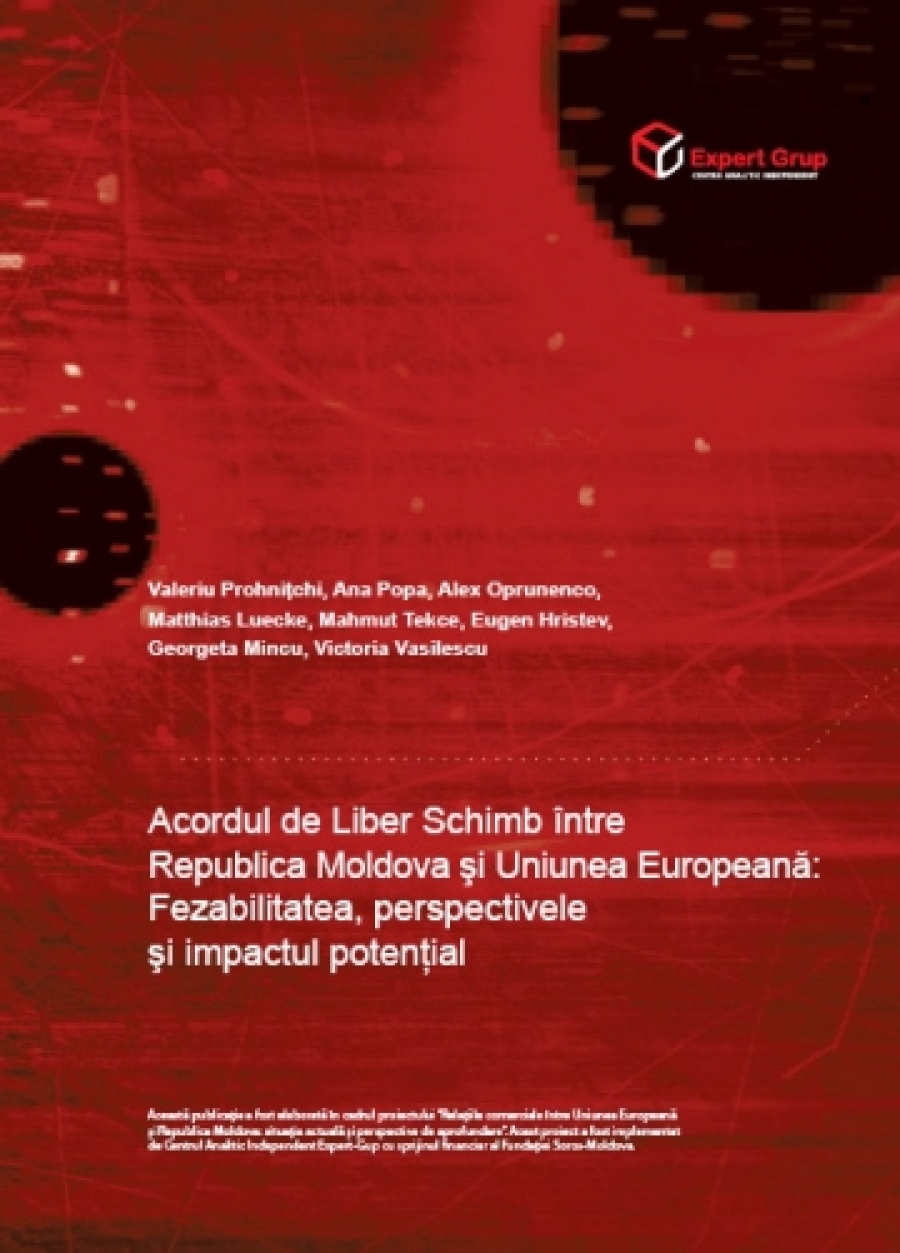 The goal of this study is to evaluate the potential economic impact of a Free Trade Agreement between Moldova and EU. Obviously, the economic impact of such an agreement on EU would be negligible in any case and the authors have looked mainly at the economic consequences for the Moldovan economy. A CGE model was used to assess the impact of the FTA. In order for Moldova to make use of its competitive advantages and achieve positive economic effects in long-run, this study recommends that the next step in Moldova-EU trade relations to be a Deep and Comprehensive Free Trade Agreement that would enhance the tariff reductions and duty-free access granted currently by the Autonomous Trade Preferences, and would go beyond a simple free trade agreement and include free mobility in the services sector, harmonization of national regulations and standards with the EU acquis. A special attention the Government should devote to the issue of Moldovan producers meeting EU sanitary standards. Other two key areas of cooperation should be energy and transport, both sectors being of vital importance in terms of Moldova’s economic security. Another component of cooperation between Moldova and EU is the Moldovan sector of financial services, where much progress was registered so far, but much remains to be done. The study also recommends the Moldovan government to negotiate the free movement of the labour as part of enhanced agreement with EU. In fact the free movement of the labour can have the strongest positive effects not only on Moldovan economy, but in general political and social terms. This would reduce attractiveness of illegal migration and would provide necessary conditions for the Moldovan migrants to return freely home, to reunite families and to bring the savings in the Moldovan economy.