Autonomous Territorial Unit of Gagauzia: Analysis of the Economic Situation and Development Potential 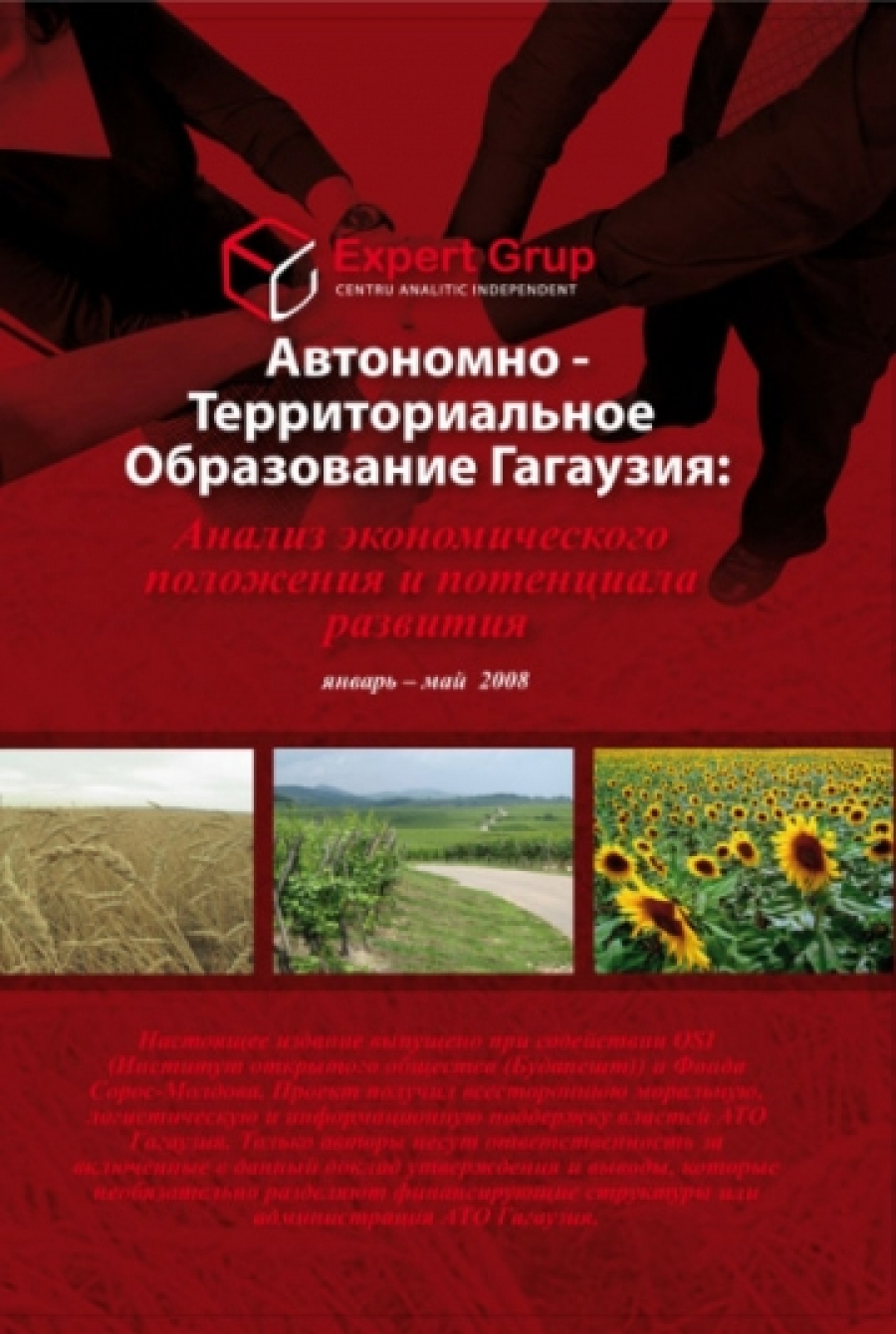 The economy of the ATU Gagauzia is undergoing important changes.  Even though a decade ago Gagauzia was predominantly an agrarian region, today its share in regional gross production and role as job conveying sector is diminishing. In the meantime the service sector is showing a positive growth dynamics. On the other hand, food industry is starting to play an important role. When speaking about food industry in Gagauzia it is first of all referred to alcoholic beverages. While it still remains poorly differentiated, the Gagauz economy depends heavily on climate conditions and on access to its key distribution markets. The regional authorities intend to change misbalances in the regional economy, however they should rather concentrate on stimulating competitiveness of the region as a whole, than stressing attention on industrial policy. Regional authorities have to change their focus from production sectors, but to eliminate aspects which have a negative influence on regional economy. The analysis identifies a series systemic factors, which can positively or negatively impact on the future economic development of ATU Gagauzia. In order to exploit potential, the document provides specific recommendations for regional authorities and companies of the Gagauz autonomy.