Economic Cost of Gender Inequalities in the Republic of Moldova 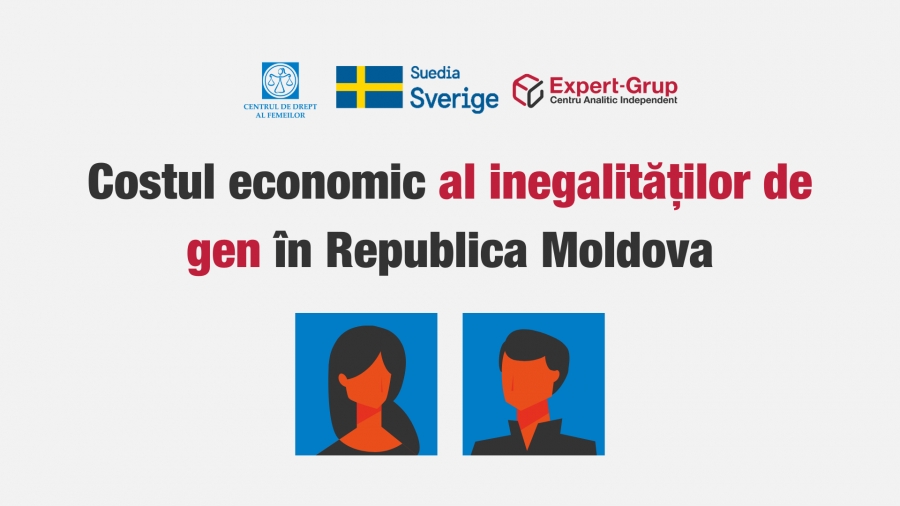 Gender inequality is one of the key challenges for a sustainable and fair economic growth. Gender inequalities are caused by cultural factors, prejudices and lack of economic incentives. Decrease and elimination of gaps is an objective to both ensure gender equality and harness women’s economic potential. For these reasons, achieving gender equality and empowering all women and girls is one of the objectives of the 2030 Agenda for Sustainable Development.1The final goal of the Agenda is to close the gaps by 2030 and ensure equal participation of women in the economic and politic areas.

Persisting gender inequalities generate enormous economic costs due to the insufficient involvement of women in the economic life. Globally, many efforts were made to measure the economic costs of the gender inequalities in order to understand the scale of the problem and estimate the efforts needed to narrow the gaps, including as part of 2030 Agenda. But the shortcoming of these estimates is that the different studies come up with different estimated costs, depending on the methodology, and some measures are not disaggregated.2The absolute majority of the estimates are made on global or regional level, with no estimates for the national level, especially for low-income countries. These costs vary significantly from one state to another because of the totally different gender inequality circumstances. An estimate of costs and areas with prevailing gender inequalities on the national level contributes to a more efficient use of public funds . This argument is also valid for the Republic of Moldova.

Lack of efficient measures to reconcile family and professional lives is a barrier to gender equality. Harmonisation of professional and family duties is difficult, especially for women, who are primarily responsible for childcare and housework. In these circumstances, women’s participation in professional, public and political life is very complicated. Adoption of some effective measures to reconcile family and professional lives will enable women to achieve financial independence and increase their influence in public and political life, as well as on the labour market.