Study on Political Clientelism in the Management of Public Funds 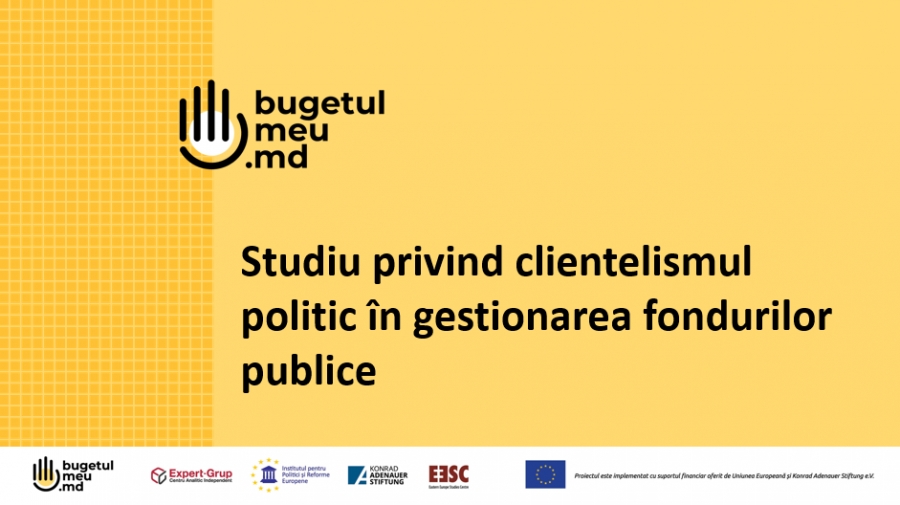 Political clientelism is considered to be a common practice in relation to public finances. This phenomenon occurs most frequently in the form of violations of the law on public procurement, as well as in the decision-making process and the management of public property or public funds. At other times, political clientelism does not fall within the scope of criminal or contravention law, since legally it cannot be considered a conflict of interests or vitiation of the decision-making process. Such cases include especially the nomination to public office, either directly or on a competitive basis, where the element of a group of persons united by a common interest exists, but there is no strong enough connection in order to be considered a violation of the criminal or contravention law. For the purposes of this research, political clientelism is analysed on the basis of a broad definition, focusing on economic and financial benefits. Thus, various instruments for allocating public funds to level-one LPAs (mayoralties) are assessed from the perspective of resource formation and decision-making on their distribution. At the same time, the study determines an index of political clientelism for each tool, as well as an overall aggregate index. An important aspect has to do with the political affiliation of mayors, which is constantly changing due to the migration of local elected officials from one party to another.

Mayors’ migration from one political party to another is a common practice in the Republic of Moldova. On the one hand, this denotes the presence of corruption in the political environment, on the other hand it stimulates and amplifies the level of political clientelism in the use of public funds. The migration of mayors intensified in an unprecedented way during 2015-2019, being a direct result of the political movements at the central level started shortly after the parliamentary elections of 30 November 2014. Obviously, the migration of mayors has only one direction – towards the ruling party, respectively out of the 898 mayors elected in the 2015 elections, at least 471 have changed their political affiliation, some even three times.

The research methodology was based on both a qualitative evaluation of the subject and a quantitative one with empirical estimates. Thus, the quantitative evaluation took into account the programs under which the financial resources were appropriated, including the list of appropriations by each locality/commune. The evaluation focused on examining how public financial resources were allocated from the state budget to local public authorities with the identification of specific indices of clientelism. For this, we’ve selected six instruments used to allocate funds in 2018 and 2019, namely:

Subsequently, political clientelism was analysed on several dimensions that take into account the political affiliation of mayors, the number of mayoralties that benefited from appropriations, the number of people living in communities that benefited from appropriations. In addition, the quantitative aspect of the study was to come up with an Index of Political Clientelism for each fund, as well as an Aggregate Index of Political Clientelism.

The study on political clientelism in the management of public funds was conducted under ‘Inform, Empower and Act! Civil Society for good budgetary governance in Moldova’ project. The analysis is part of component 3 of the project ("Act"), and is part of the research activities aimed at promoting changes in the process of allocating financial resources from central to local level. The study followed a specific methodology and was conducted by a team of consultants of the Expert-Grup Independent Think-Tank and the Institute for European Policies and Reforms (IPRE) during April-May 2020.