Trade developments in the Republic of Moldova in 2019 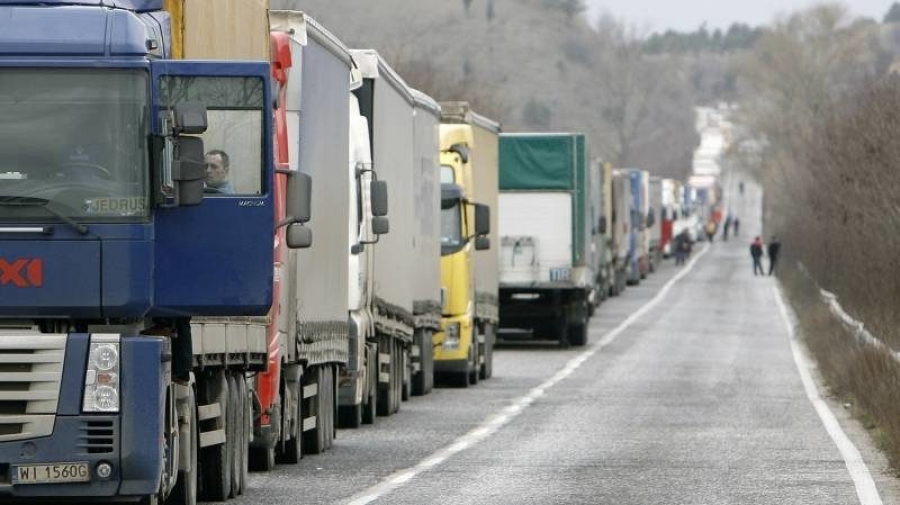 In 2019, the world economy showed signs of cooling down, accompanied by economic or geopolitical tensions among the largest global players. This had implications for the trade performance of Moldova, which will deepen further in 2020 amid declared pandemic. Meanwhile, exports to the EU have registered an upward trend for practically the whole period after signing the DCFTA, although in 2019 there was a slight decrease. However, a more detailed analysis of this dynamic indicates a number of both objective and subjective reasons underlying this evolution. On the other hand, there has not been the feared ‘invasion’ of European products on the Moldovan market.

Both the export and the import of goods reached historical maximums in 2019. Despite the existing challenges, starting with 2015, exports of the Republic of Moldova registered a positive dynamic, in 2019 reaching a historical maximum of 2.8 billion USD, however, registering a mediocre growth of only 2.7% compared to 2018. This evolution was possible largely due to exports to the EU, although in 2019 they registered a slight reduction. Similarly, imports registered a positive evolution, reaching a value of 5.8 billion USD, which is only 1.4% more than in 2018. So, given developments have led to the accumulation in 2019 of a trade deficit worth of 3.1 billion USD, being practically at the same level as in 2018. On the other hand, the degree of coverage of imports by exports improved slightly, registering 47.6% in 2019, compared to 47.0% in 2018.

Despite the slight increase in exports to CIS, this evolution has to be interpreted with caution. In 2019, the CIS countries remained present at the same level in the country's total exports, with a share of only 15.7 % (in 201 8 - 15.4%), which corresponds to a value of 435 million USD (4.6 % more than in 2018). This was largely possible due to exports to the Russian Federation (14.3 % more than in 2018), because of increased exports of medicines (which are in fact re-exports) and to a lesser extent due to exports of fruits and fruit juices.

The massive increase in exports to Turkey offset declines to other destinations. In 2019, exports to other countries of the world (other than EU and CIS) were worth about 514 million USD (+20% compared to 2018), thus rising to a share of 18.5% in total exports (in 2018 - 15.8 %), exceeding the share of the CIS 3 countries. This dramatic evolution can be attributed to a 1.6 times increase in exports to Turkey, as a result of increased exports of sunflower seeds and maize (products for which preferential export tariff quotas are provided for under the Free Trade Agreement with Turkey), but also to Switzerland (+ 42% more than in 2018) as a result of cereals deliveries (although they are intermediary transactions).

Exports to the European Union

Exports of agri-food products were influenced by circumstances on the EU market. In the first years after signing the DCFTA, exports of agri-food products were influenced by the improvement of trade regimes, which determined the increase for some of them (cereals, wines, fruits). Subsequently (in 2018-2019), the decrease in exports was determined either by the oversaturation of the EU market (in case of nuts) or by the reduction of prices (in case of cereals and oilseeds), leading to reorientation to other markets (e.g. Turkey). Thus, exports of agri-food products to the EU amounted to 592 million USD in 2019 (6.7% less than in 2018). Even so, in 2019 they included about 48.9% of the country's total agri-food exports (54.4% in 2018).

Exports of non-agricultural products showed a positive trend. Exports of non-agricultural products strengthened in the structure of total exports to the EU (reaching about 67.6% of total exports to the EU in 2019) and registering a value of 1.24 billion USD (0.9% more than in 2018). Although, trade conditions (before and after signing the DCFTA) have not changed, this progress was due to demand on the EU market, particularly for products of the outsourcing industries.

Excessive concentration is characteristic for exports to the EU. In general, exports to the EU are characterized by an excessive concentration in terms of diversity of the exported products (over 70% of exports are composed only by 7 categories: electrical circuits, textiles, oilseeds, upholsteries, cereals, nuts and wine). Most of these exports 4 were produced under the inward processing procedure (as ordered by foreign companies, and with the use of his raw materials), which implies a rather small added value.

The same concentration is valid in geographical terms. Thus, despite the progressive integration of Moldovan exports in the European trading system with increasing exports to this market, there has still been a high concentration in geographical terms, with about 70% of total exports to EU are directed to only 4 member countries (Romania, Italy, Germany and Poland). In fact, during the entire period after signing the DCFTA, export weights between countries did not change a lot. Romania remaining the main partner with a weight varying from year to year around 40% (38% in 2019). However, a special case is the UK, where exports have decreased considerably recently, due to the substantial reduction in deliveries of oilseeds and cereals. Although, it should be noted that these exports do not appear on the import side of this country, indicating transactions made through companies under the jurisdiction of this country.

Vegetable products with low added value dominate exports of agri-food products. During the period after signing the DCFTA, this category represented about 60% of total agri-food exports, reaching 360 million USD in 2019 (14.8% less than in 2018) (Figure 5). After increases during the first years after signing the DCFTA, 2019 saw a reduction as a result of shrinking exports of cereals with -30% and of oilseeds - 6% (refocusing on other markets, in particular Turkey). Also, of major importance are walnut exports, which expanded in the period immediately following signing the DCFTA, although in 2019 there was a substantial reduction. This decrease referred specifically to re-exports of nuts, which are introduced for shelling in an inward processing regime. There was no major expansion of fruit exports, as there were only limited transactions for some categories (such as grapes and plums for which tariff quotas are provided).

Agri-food exports with higher added value were more limited. Unfortunately, there was no expansion of exports containing a greater added value, such as food products which amounted to 154 million USD in 2019 (7.4% more than in 2018) (Figure 5). This category was dominated by exports of alcoholic beverages, which increased after signing the DCFTA, reaching 72 million USD in 2019 (the same value as in 2018, being the maximum recorded value). Also, significant exports of fruit preparations (namely juices) were recorded in the last year (about 52 million USD, or 60% more than in 2018), while exports of pastries remained stable. Concerning exports of sugar, this was strictly dependent on the pricing policy of the European transnational companies operating both on EU’s and Moldova’s markets.

The massive export of oilseeds affected the export of oil. Unfortunately, the increase in exports of oilseeds (especially sunflower) had a negative effect on another category of exports, namely oils. Thus, there were significant decreases (up to 50%) in the first years after signing the DCFTA, although subsequently there was a recovery of these exports, and in 2019 they amounted to 67 million USD (14.8% more compared to 2018).

Export of animal products remains the biggest challenge. The most insignificant exports to the EU were those of live animals and products of animal origin, a situation that can be explained by their difficult status in relation to sanitary regulations. The main item in this category was honey, which in 2019 amounted to 11 million USD (2.7% more than in 2018).

For some agri-food products, DCFTA has stimulated the reorientation and growth of exports from CIS to EU. A certain reorientation of exports from CIS to EU can be observed, due on the one hand to restrictions imposed by the Russian Federation and on the other hand to new opportunities offered by DCFTA. The most accentuated changes concerned vegetable products (sunflower seeds, cereals and fruits), food products (alcoholic beverages, fruit preparations), but also products of animal origin (honey). Some increases are referring to products that were subject to a change in tariff treatment under the new DCFTA trade regime.

Exports of the industries operating in inward processing regime were the most dynamic. As in the case of agri-food products, exports of non-agricultural products are highly concentrated, with machinery and equipment occupying the largest share (about 46.6% in 2019), with a value of about 577 million USD (9.6% more than in 2018) (Figure 7). Also, exports of textiles were also of great importance, but with a decreasing share from year to year (in 2019 about 21.7%) and a value of 268 million USD (10 % less than in 2018). Of the exported miscellaneous products, the most important were those targeting car upholstery, which in 2019 amounted to 158 million USD. In addition to the excessive concentration of exports, another problem is the business for these industries (automotive and textiles), given their low added value.

EU consolidated its positions as the main destination for non-agricultural exports. The comparative evolution of exports divided by regions indicates an extension of the EU’s share for the main categories of exported non-agricultural products (Figure 8). Although, apparently the share of CIS is dominant only in case of exports of chemical products, in fact these were represented by re-exports of pharmaceutical products. In general, these re-exports (to Russia) distort the statistical data (in 2018 re-exports of pharmaceuticals accounted for 18 % of total exports to this market).

The Op-Ed is published within the project "Understanding the Association Agreements and the Deep and Comprehensive Free Trade Areas (DCFTAs) between the EU and Ukraine, Moldova and Georgia" carried out with the financial support of the Swedish International Development Cooperation Agency (Sida). The project is coordinated by the Centre for European Policy Studies (CEPS) and implemented in partnership with the Institute for Economic Research and Policy Consulting (IER) in Kiev, the Reformatics Policy Consulting Center in Tbilisi and the Expert-Grup Think-Tank in Chișinău.