The risks of Russia’s “geopolitical” credit to Moldova 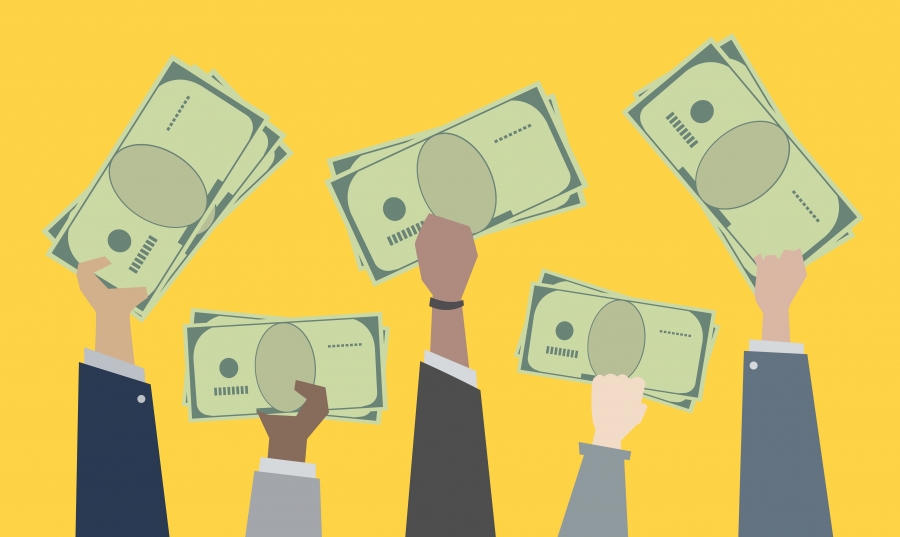 In the eve of Easter celebration (17 April), the Moldovan President Igor Dodon rushed to display on one of his social media accounts the earlier unseen text of the agreement with Russia for a €200 million loan. Nobody else than the Moldovan Ambassador in Russia Andrei Neguta could sign the agreement on behalf of the country as the official travels to Moscow are cancelled because of the pandemic. The agreement was negotiated without the scrutiny of the parliament, which normally is notified about such negotiations. Thus, the conditions embedded in this agreement were unknown. The credit has sparked heated public debate and serious accusations against the government. However, the legislative body ratified the credit with 56 votes of the parliamentary majority (April 23), formed by the Socialists and the Democratic Party that control 57 out of 101 seats.

The opposition led by the ex-Prime Minister Maia Sandu argued against several “dangerous provisions” (PAS, April 21, 2020) and even proposed to attach several exemptions to the credit. First, the clause allowing unilateral decisions of Russia on debt consolidation has to be removed. And second, the Moldovan side would deny Russian loans to Moldova private entities in the margins of this credit. But these proposals were fully neglected. To minimize the political consequences, the governing majority addressed to the Ministry of Justice a request for clarification about the eventual risks stemming from the Russian credit (Socialistii, April 21, 2020). The Ministry did not publish any public backing for the credit. Nevertheless, the parliament voted to enact the credit (April 23).

Several hours after the voting of the Russian credit, the Constitutional Court suspended it under the request to examine its constitutionality, formulated by the “Pro-Moldova” parliamentary group. The latter comprises of 6 parliamentarians and ex-members of the Democratic Party, led by the ex-speaker of the parliament Andrian Candu, the godson of the fugitive oligarch Vladimir Plahotniuc.

The 6-page length credit agreement with Russia, that had caused a wave of criticism before being adopted, includes several problematic aspects. Before analyzing them, it should be made clear that Russia-Moldova bilateral relations are influenced both by formal and informal dialogue at the level of the presidents Vladimir Putin and Igor Dodon (3DCFTA, February 24, 2020). Therefore, even the agreement on credit was reached in the negotiations between the two presidents, as reported the Russian Embassy in Chisinau.

There are a range of controversial aspects related to this credit that erode the whole perception of the good intentions of the lender:

First, the credit comes with some unusual strings attached. According to Art. 3 point 3, the Moldovan authorities are expected to “deploy efforts to ensure the realization of the common projects” with the Russian companies in Moldova in the aftermath of the discussed credit. In addition, Moldova would have to guarantee the participation of the Russian companies in state public procurement tenders concerning goods and services on an equal foot with the companies from Moldovan or other countries. Seemingly, Russia intends to circumvent the Moldovan public procurement legislation, where there is strict regulation and clear-cut specification about European standards, along with international and national ones, that Russia is not fulfilling today. The Association Agreement with EU allows no discriminatory treatment of third countries. However, it has led to the Europeanization of the Moldovan public procurement legislation amplifying the transparency and diminishing the possibility for arranged or favored tenders.

Second, Article 7 point 2 of the credit allows Russia to consolidate the debts that derive from the €200 million credit or any other credit borrowed by Moldovan private entities from the Russian banks, with the approval of the Moldovan authorities. Given the recent experiences, the state needs protection from new schemes that lead to eventual creation of clientelistic ties between the incumbent or future governments and the private interest groups. This provision does not permit to transform the approx. $7 billion gas debt owned by “Moldova-Gaz” (50% shares owned by Gazprom). On the contrary, the Russian credit points to future eventual credits lent to private companies by the Russian banks. The vagueness of this provision can be used as a political weapon in the future.

Third, Article 9 stipulates that the credit should be operationalized through Moldovan and Russian banks, when authorized by the two sides. In other words, the credit lands in the hands of the banks, while repayment can be guaranteed by the Moldovan state. This contradicts the earlier statement of the Russian Embassy to Chisinau, which pointed out that credit’s destination is the state budget. For comparison, the €150 million credit offered by the Romanian government in 2015 (at 1,5% interest rate) was meant for budget support and therefore was directed to the Ministry of Finance.

Last but not least, the agreement includes an ill-defined dispute resolution mechanism. Article 11 mentions that conflicts should be solved through “bilateral consultations and negotiations”. This creates the risk for future politicization of the credit. To avoid this risk there should be a dispute mechanism using a commercial court outside Russia’s jurisdiction.

Some aspects of the credit signed by Moldova resembles the loan contracted by Serbia from Russia in 2019 (MID.ru, 2019). Moldova’s credit implies the participation of Russian companies in the investment projects and eventual joining in state-run tenders. In the case of Serbia, the export credit specifies that 75% of the value of goods and services that are carried out go to the Russian side.

Why loans from Russia?

The Russian credit invites comparison with loans offered by international organizations, including the EU. To be beneficial, such credits need a strong emphasis on good governance and legal precision to avoid geo-politicization and political clientelism towards external forces.

There are various lenders ready to open credit lines to Moldova – the International Monetary Fund, the Council of Europe Development Bank and the EU, all at convenient interest rates. The latest announcement of the EU’s new macro-financial assistance package for Moldova, Ukraine, Georgia and other 7 neighboring countries, accounting for €3 billion, confirms the availability of external funds. Such loans come from credible institutions and on unambiguous rules. Indeed, some of this financial assistance comes with conditionality, which is useful to make unpopular but needed reforms, and which ultimately should improve the management of the public money and benefit the citizens as a whole.

The unveiled controversies linked to the already approved Russian credit put Moldova into a risky and not yet fully comprehended situation. The final decision depends on the Constitutional Court.

If the Russian credit is finally enacted, the first tranche of the loan (€100 million) should arrive in May and could support the dwindled budget amid the coronavirus crisis. In addition the credit can back the implementation of big infrastructure projects (e.g. reparation of the roads). Ahead of the presidential elections scheduled for this fall, the incumbent government is keen to use the amplitude of the public investments population to help Igor Dodon to victory for another 4-year mandate.

In its current version, the Russian credit agreement encompasses clear risks that should be eliminated. Otherwise, if enacted by a positive ruling of the Constitutional Court, the credit will complicate bilateral relations with Russia. Besides, it may also sore the dialogue with Brussels, strengthening the geopolitical confrontations within Moldova between the governing elites and the opposition. If Russia and the pro-Russian governing elites in Moldova want to show true credibility then the four controversial aspects necessitate revision. Otherwise, the nature of the credit is more geopolitical than economic. Geopolitical credits imply insecurity for the sovereignty of the receiving side.

The Op-Ed is published within the project "Understanding the Association Agreements and the Deep and Comprehensive Free Trade Areas (DCFTAs) between the EU and Ukraine, Moldova and Georgia" carried out with the financial support of the Swedish International Development Cooperation Agency (Sida). The project is coordinated by the Centre for European Policy Studies (CEPS) and implemented in partnership with the Institute for Economic Research and Policy Consulting (IER) in Kiev, the Reformatics Policy Consulting Center in Tbilisi and the Expert-Grup Think-Tank in Chișinău.