COVID-19 crisis: how does the Republic of Moldova finance its budget deficit? 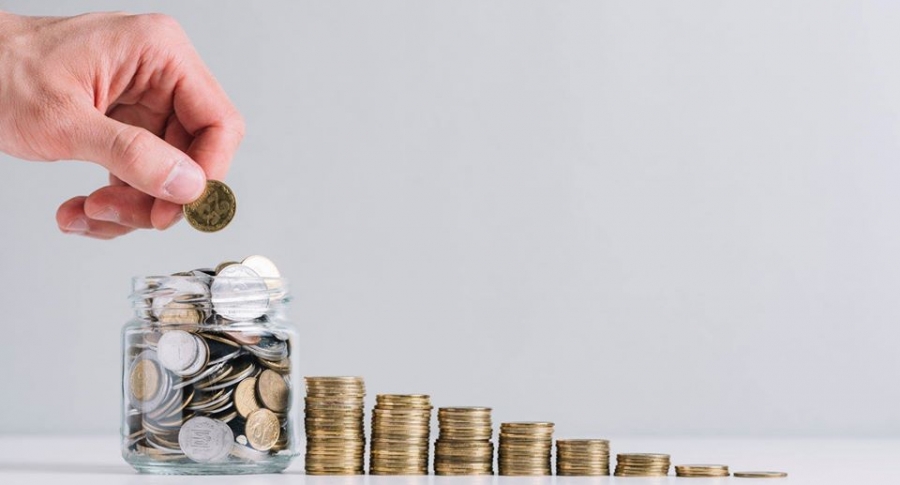 In addition to the threats related to the population’s health, the crisis generated by the Covid-19 pandemic presents the first economic challenges. Quarantine and social distancing measures have significantly reduced the activity of companies, with the global economic growth forecasts being significantly revised towards a global recession of about 3%[1]. The economy of the Republic of Moldova is no exception as several sectors are already registering a drastic decrease in the sales and revenues because of the impossibility to carry out the usual activity. In addition, the public finances are being put to a severe test - on the one hand they are affected by the reduction in the tax revenues, on the other hand, there is an increase in spending to support the healthcare sector. Also, the Government cannot leave the real economy without support, the expenses for supporting the enterprises and the population will increase considerably.

In the situation of a state of emergency imposed as a result of the spread of Covid-19, the Government and Parliament approved a significant budget correction. The adjustment is based on a somewhat optimistic macroeconomic scenario, with a decrease in GDP in real terms of (only) 3.0% compared to 2019, an average annual inflation of 2.8% and an average exchange rate MDL/ USD of about 19 lei. Even so, the revenues of the national public budget will decrease significantly, by more than 7.5 billion MDL, while the spending will increase by about 1.3 billion MDL. In this context, the budget deficit may reach 16.2 billion MDL, which is more than double than initially estimated (7.4 billion MDL at the time of approval of the State Budget Law for 2020).

Although the current level of public sector debt is not a problem, in the current context any expenditure must be thoroughly justified. Simultaneously with the review of existing spending programmes, the Government has included a number of new programmes to support the healthcare sector with immediate and longer-term impact. Expenditure programmes are also provided to mitigate the negative impact of the pandemic on the businesses and population. Credits attracted from international financial organizations and bilateral loans from the governments of other countries will serve as sources of financing for the envisaged measures. Creditors such as the International Monetary Fund (IMF), the World Bank, the Council of Europe Development Bank, the European Union (EU) and the Government of the Russian Federation are mentioned.

In the context of the state of emergency, the Republic of Moldova has several options for financing the budget deficit. The establishment of the state of emergency is a widely accepted reason for extending the budgetary expenditures beyond the limits imposed by the budgetary-fiscal legislation. While internally the financing options are limited (loans from banks, privatizations or, indirectly, money from the NBM), externally, the range of creditors becomes much more diversified. In the context of the Covid-19 pandemic, international financial institutions such as the IMF and the World Bank have made billions of dollars available to members through fast, cheap and unconditional reform instruments. For Moldova, the support announced by the two institutions amounts to about 300 million USD. In response to the crisis, the EU also announced non-reimbursable support for both member and associated countries. A non-reimbursable financial support of about 87 million EUR has already been announced for our country along with the possibility of providing assistance of around 100 million EUR.

In addition to the financial support from the IMF and the EU, the authorities also resort to less traditional creditors that can affect our country's external relations both financially, politically and even geo-politically. Recently, Moldova signed a loan agreement of 200 million EUR with the Government of the Russian Federation which, although presented as a response and support in the context of the Covid-19 pandemic, it is rather intended to support the electoral projects announced at the beginning of the year. A good part of the financial resources (1,3 billion MDL) has already been included in the budget rectification draft for the implementation of the "Road Infrastructure Development Programme with the support of the Russian Federation" Project, which is nothing more than a new "Good Roads" Programme. Obviously, we do not doubt that any public infrastructure works will help the economic agents somewhat in times of crisis, however, the most delicate question remains the opportunity of these works and how to achieve them in the context of the existence of several conditionalities.

The loan agreement signed with the Government of the Russian Federation raises several questions about both financial provisions and non-financial conditionalities. Though presented as a budget support loan, the Government cannot use this money as it sees fit, but only to support joint development projects and with the involvement of companies of that country. Thus, the Government does not seem to have the possibility to individually assess the project opportunities as the decision will be taken together with the Russian side. Another provision that deserves special attention and additional explanation is related to the consolidation of all debts of the Moldovan side, without clarity regarding the current situation of all the active obligations of the Republic of Moldova towards the Russian Federation. Such obligations cannot be accepted without expressly adding the list of existing obligations. Finally, the repayment terms, including the interest on this loan, seem to be among the toughest on the list of all financing agreements that our country has in force at the moment, or which are at an advanced stage of approval.

The agreement signed with the Russian side cannot in essence be compared with any financing instrument granted by other creditors, either in the context of the Covid-19 crisis or other budget-support loans. However, for a clearer picture on this issue, the commentary shows the main conditions for attracting funding from various external partners, with a focus on the funds recently attracted from international financial institutions (multilateral creditors) and those contracted from other bilateral partners.

The economic commentary has been taken over from the newsletter on foreign policy and European integration issues of the Republic of Moldova, signed by Friedrich-Ebert-Stiftung together with the Foreign Policy Association.