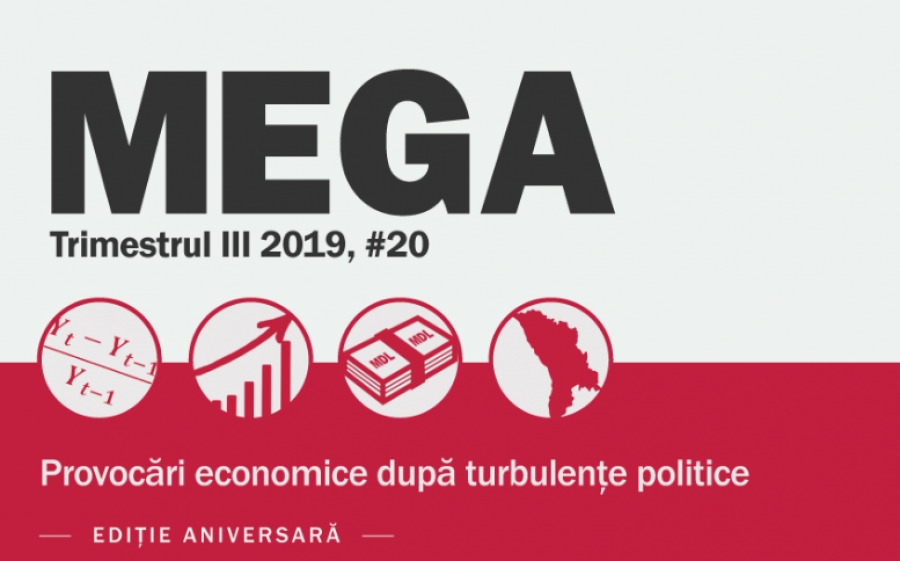 In the last quarter of 2018 and all through the first half of the current year, the economy grew amidst a slight intensification of inflation anticipations and pressure on the Moldovan Leu exchange rates. Seasonally-adjusted Gross Domestic Product increased by 4.1% in Q1:19. The growth of demand was largely driven by the spectacular rise in the salaries in the real sector, public investment programs, and also by a slight improvement in employment. In fact, gross fixed capital formation was the main driver of GDP growth (2.3 percentage points), while household consumption contributed 1.6 points. There are, though, concerns regarding the sustainability and quality of these economic engines. In particular, there is evidence that despite the tax reform, the employment increased due to more people getting informal jobs while the number of formal wage earners dropped. It is also clear that the public capital expenditure program will be rationalized by the new Government and will no longer serve as an important source of growth in the short and medium terms.

Having benefited from the accelerated salary growth, the service sector was, on the supply side, the key source of economic growth in the first quarter of the current year. The turnover in the retail and wholesale trade grew by almost 7%, the sector thus making the largest contribution to the total output and gross value added. The construction sector also showed upbeat dynamics (+ 15% in the volume of works), mainly driven by large infrastructure projects funded by public resources, its contribution to overall economic growth being smaller due to its modest share in the total. The volume of production in the goods producing sectors grew much slower than in the service sector. Thus, the industrial sector as a whole grew by 2.5%. The agriculture stagnated at the level of the previous year, the same as the public service sector, both of them having had nil contributions to the output dynamics earlier this year.

The stagnation of the public service sector reflects, to a certain extent, the multiple challenges that the public budget has had to cope with. Firstly, the tax reform, which involved introducing the flat tax rate and reducing employers’ contributions to social insurance, resulted in smaller amounts of revenues going to the state budget and the social insurance budget. According to our estimations, the revenues in Q1:19 were by about MDL 700 million smaller than they would have been if the reform had not been conducted. Secondly, guided by short-term political stakes, the previous Government has made financial commitments far above the limits imposed by the fiscal prudence. The combined impact of these developments in the first five months of this year was a cash deficit equivalent to 8% of the total national public budget revenues. The last time the budget system was under such pressures was during 2011-2012 following the financial and economic crisis of 2008-2009. Finally, with regard to the external assistance, the previous Government only managed to attract an insignificant part of grants for the direct budget support and for financing capital investments. In such a situation, the deficit was financed mainly from domestic sources by issuing new state securities and contracting direct loans from financial and non-financial institutions.

At the same time, the tax reform has had a certain positive impact on the economic activity. Among others, the reduction of the fiscal burden had a notable push on the investment process, with a spectacular 20% rate of growth of the fixed capital investment in the baseline scenario compared to the alternative scenario of non-reform. The informal employment also shrank visibly, with an estimate ratio of 3-4%, both for women and men.

The key indicators in the banking sector remained at adequate levels in the first half of this year, including the indicators on liquidity, solvency and capital adequacy. The volume of new loans granted to both legal entities and individuals has increased. The boom of the household financing in the banking sector and the micro-financing sector continued unabated. This reflected the stronger demand for real estate loans, including those granted under the “First Home” (“Prima Casa”) Program. With inflationary pressure below expectations during 2018, the interest rates have fallen to historic lows – although this will not last long considering the recent upward trend in inflation and the increase by the NBM of its base rate from 6.5% to 7.0%. A very important positive development in Q1:19 was the growth of the bank deposits maturity over the 1-year threshold. In terms of structural reforms, it is worth noting that the process of ensuring the transparency of the shareholders of the most important banks finished, the implementation of Basel III standards is underway, while the surveillance of non-bank crediting institutions and insurance companies has somewhat improved.

The balance of payments for the first quarter, corroborated with data on trade flows and the volume of transfers from abroad to individuals showed a worsening of the current account situation in the first part of the year. Although exports of goods increased (+8.1%) faster than imports (+6.2%), the trade deficit worsened due to the huge gap between exports and imports from the previous period. The trade in services registered a surplus, but the positive balance is not large enough to set off the huge imbalance in the trade in goods. At the same time, the transfers from migrants have slowed down significantly (-10% as compared to January-April 2018), which has exacerbated the pressure on the current account. The current account balance registered a deficit worth USD 242.0 million. As ratio to GDP, the deficit was about 10.1%, having gone slightly worse compared with Q1:18 (-9.5%). This negative balance led, in the short term, to renewed pressure on the Moldovan Leu exchange rate, which, at the end of May, exceeded the ‘psychological’ threshold of 18.00 MDL per USD. We expect this pressure to fade away with exports expected to increase in the quarters 2 and 3.