The Ungheni-Chișinău Gas Pipeline: Outlook for Before and After 2020 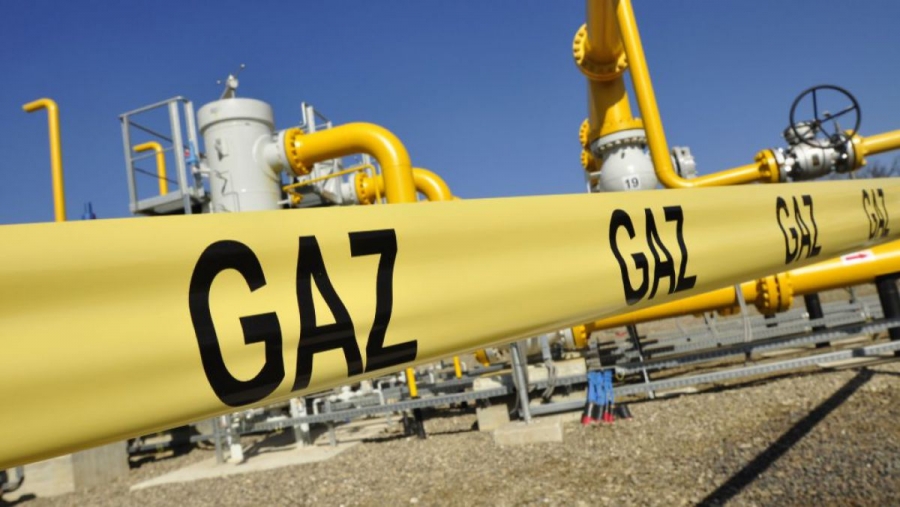 The gas interconnection with Romania is a top priority for the energy security of Moldova. The finalization of the Iasi-Ungheni pipeline in 2014 confirmed that this objective is not only desirable but achievable. The completion of the paperwork for the construction of the Ungheni-Chișinău pipeline on May 2, 2019 launched the actual construction. Proper management of the investment, technical (public procurement) and even (geo) political aspects are critical to finalize the gas connection from Romania to Chișinău.

Politically, the Moldovan authorities must prioritize the construction of the pipeline to Chișinău, where the demand for energy is located. One must put aside the negative political attitudes towards Romania and the European Union (EU), and political decision-makers and institutions must focus on facilitating and accelerating the connection to the Western gas market. The volatility of the regional context does not allow for any stop or delay on political grounds and requires swiftness in finding solutions to technical barriers, within the national legal framework. At the investment level, it is necessary to secure the construction operations of the Romanian company Transgaz SA, both in Romania and in Moldova, against the negative impact of the budgetary and fiscal policies of the Romanian authorities, which may affect the budgets allocated for construction. At the same time, priority is given to co-opting the European resources available to facilitate construction operations. Under no circumstances should the Romanian company receive exclusive treatment contrary to Moldovan legislation in the field of public procurement, environmental protection, etc. In technical matters, starting and finishing the construction requires compatibility between the European (European) construction standards used by the company and the (still) obsolete technical standards in Moldova. Also, there is a risk of a shortage of construction capacities, both for materials (pipelines) and labor force (qualified personnel - welders, site managers, etc.). As a horizontal issue for the whole interconnection project, it is essential to ensure a high level of transparency of the procurement process for the private land along the Ungheni-Chișinău pipeline route and for the actual construction of the infrastructure. On one hand, it is necessary to prevent arbitrary and disputable decisions in the land acquisition process, which could cause opposition to the construction of the pipeline. On the other hand, the up-to-date monitoring of the construction steps will ensure the identification of bottlenecks and their removal as swiftly as possible, in line with existing regulatory requirements.

It is essential that the Moldovan gas sector becomes fully functional, transparent and allows for fair competition, so that, after the infrastructure is built, gas flows through the pipelines. Before the project is finalized, one needs to develop the necessary regulations for real competition in the gas sector and the full implementation of the Third Energy Package (including the „unbundling” of suppliers from networks). The construction of the gas pipeline construction does not mean that Gazprom’s monopoly is replaced with a Romanian monopoly, but free competition between Gazprom and suppliers from Romania and the European Union. Increased confidence in the independence and competence of the ANRE regulator is also critical. Also, we need a good negotiation with Gazprom for the next two years – within the given constraints – to avoid market foreclosure and exclusion of Romanian / European suppliers from the market once the pipeline is completed. Moldova also needs to reach an agreement with Ukraine on emergency gas supply if Russian gas is no longer available before the interconnectors are completed. This is a risk whether Gazprom completely bypasses the transit via Ukraine in a few years or decides to discontinue or cut the supply of gas to Moldova for any other reason. To ensure both the entry of Romanian and Ukrainian suppliers in the Moldovan gas market and the use of gas infrastructure in Ukraine (for example, the underground storage), it is essential that the entire region (Moldova, Ukraine and Romania) fully implement EU’s energy market rules.

The gas connection with Romania is part of a broader program to connect Moldova with the Romanian energy system ("Energy Road Maps"), which also includes the electricity interconnection on the Isaccea-Vulcanesti-Chișinău route. Effective access to the Romanian gas market would increase Moldova's energy security, because it diversifies gas routes, sources and suppliers, thereby reducing geopolitical pressures. Russia's intention to bypass the gas transit to the EU via Ukraine through the construction of Nord Stream 2 and Turkish Stream increases the urgency to connect Moldova with the Romanian energy networks and supplies. At the same time, it is necessary to establish a strategic energy dialogue between Moldova and Ukraine at the level of regulators, line ministries and system operators - ideally, with the support of the European Commission. Such a Moldovan-Ukrainian strategic dialogue would include the coordination of cross-border energy projects, emergency supplies in case of a crisis and would help mitigate the consequences resulting from decisions of third parties (Russia). The European Commission, as a neutral and credible mediator, could facilitate the negotiations between Ukraine and Moldova on this issue, but also on others where the two countries have opposing views and where an agreement could be facilitated by the implementation of European directives - for example, the hydro-complex on the Dniester, the speed with which Ukraine will connect to the European ENTSO-E system on electricity, etc. Such a trialogue would also support the energy sector's transparency in both countries.

Moldova’s choice to abandon European financial assistance changed the status quo of the project. The initial funding from the EBRD and the EIB, which contributed 41m euros each to the construction of the Ungheni-Chișinău section, topped a 10m euros grant from the EU, conditioned on reforms in the energy sector. Thus, the decision of the Moldovan authorities to privatize Vestmoldtransgaz is based on two major considerations. Firstly, by transferring the responsibility for the pipeline construction to Romania, the Moldovan Government avoided a new mechanism of "energy conditionality" comprising sector reforms whose implementation entailed EBRD and EIB monitoring. The official argument of the authorities is that, on the one hand, privatization is an opportunity to reduce Government debt, and on the other hand it can channel foreign investments to other needs such as increasing energy efficiency. Secondly, by privatizing Vestmoltrasngaz, the Moldovan side actually "concessioned" the responsibility for an infrastructure project to an external “private” investor - Transgaz. The transfer of such a strategic project to a foreign investor would have become an indisputable advantage if the company were completely independent from political interference. In fact, the Romanian investor - Transgaz - is a majority state-owned company, subject to the political decisions of the Romanian Government, who provided political and financial support to the ruling party in the Moldovan government in 2016-2018. In particular, while the EU tightened its conditionality towards the Moldovan government, Romanian officials freely lent 150 million euros between August 2016 and September 2017. On the other hand, it can be argued that the Ungheni-Chișinău pipeline would not belong either to Moldovagaz or to Chișinău authorities; this limits the risk that, for example, Gazprom would try to gain control of this pipeline as repayment for the historical debt accumulated through unpaid gas bills. Another advantage would be to increase the coherence of the interconnection project, as Transgaz also needs to carry out works in Romania (the Onesti - Gherãieşti - Leţcani gas pipeline and compressing stations in Onesti and Gherăieşti) before the pipeline can be fully operational.

This report analyzes the status of the gas interconnection between Romania and Moldova, which requires extensions both in Moldova and in Romania. The document takes stock of the progress to date, but also the risks concerning the construction of the gas pipeline both in Romania and Moldova. In the first chapter, the report focuses on the incipient phases of the interconnection and examines the geopolitical and legal circumstances in which the stakeholders promote the Moldovan-Romanian interconnection on gas. The second chapter reviews the privatization of the infrastructure (Vestmoldtransgaz) and highlights the main developments in this energy project. The third chapter reflects on the situation in the Romanian natural gas sector, the development of which in terms of internal production and export capacity has an essential role for the interconnector to become fully functional. Finally, the report proposes a set of actions needed to ensure the construction of a well-functioning gas pipeline in Moldova's energy market, all the way to Chișinău, but also competitive in terms of the final consumer price.

This report is published as part of the project "Reconnect Moldova: Bringing Gas to the Iasi-Ungheni Pipeline", implemented by the Expert-Grup Independent Analytical Center, together with the Expert-Forum Association (Bucharest), with the financial support of the Dutch Embassy in Chișinău. The opinions in this document belong to the authors and do not reflect the opinion of the donor.