Informal Economy. What is the cost of real estate lease in the Chisinau city? 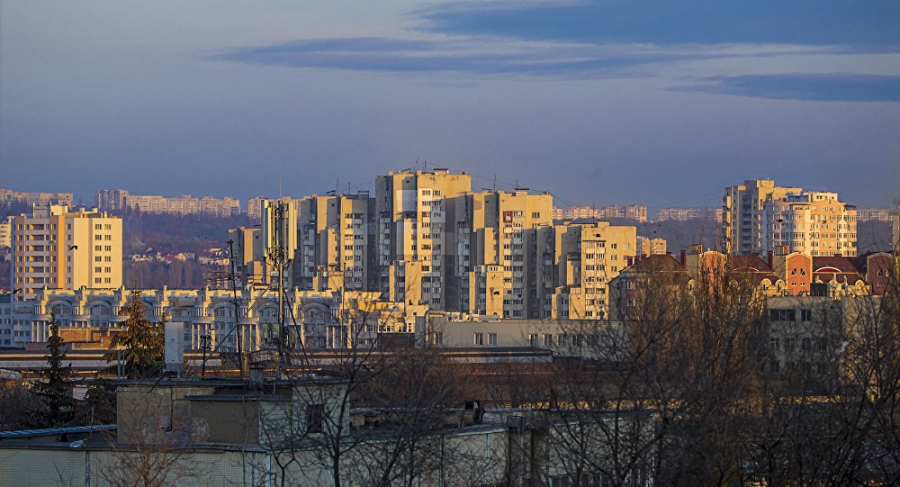 Costs and risks of corruption are triggered by social norms, traditions, the existing legal framework and impunity. Conditions other than the legal rules are also required to control corruption, but those conditions are sometimes beyond the authority grasp. Examples relevant to this end could be low labour remuneration in the public sector or legal framework provisions that can be construed (for instance, the bidding mechanism could be used to lease non-residential/non-habitable premises and direct negations as well). In the case of asset management in Chisinau municipality, the relations between the beneficiary and the public authority take place in the so-called "grey" or "informal" area, where it is not very clear how the power is executed, where no corruption risks were identified, but rather informal prerequisites for corrupt practices. We aim to describe below the aforementioned prerequisites and how they affect the lease of non-residential premises located in the municipality of Chisinau.

Who is responsible for the management of non-residential premises in Chisinau municipality?

The Municipal Council units as well as economic operators that manage municipal property are responsible for the management of non-residential premises, while the Directorate for Financial Management (DFM) ensures the oversight of their activity. The sale, concession, lease can only be done by the owner, i.e. by the decisions of the Chisinau Municipal Council (CMC). All lease agreements are renewed on a yearly basis and approved by the Municipal Council decision issued to this end. Directorates and companies are obliged to make every year the inventory of property given for management, and the results are included in reports compiled by DFM and the General Directorate of Economy, Reforms and Property Relations (DGERPR). In fact, those directorates also initiate the lease process.

What is the cost for leasing non-residential municipal premises?

As mentioned above, conditions other than the legal rules are required to control corruption, which are sometimes beyond the authority grasp. Low labour remuneration in the public system or legal framework provisions that could be construed (for instance, the bidding mechanism could be used to lease non-residential/non-habitable premises and direct negations as well). In this case, there is a risk that the relations between the beneficiary and the public authority take place in the so-called "grey" or "informal"  area, where it is not very clear how the power is executed, where no corruption risks were identified, but rather informal prerequisites for corrupt practices. These are linked with the ‘opportunity’ level of civil servants to keep under individual control the lease process, with the ‘discretion’ the civil servants/owners have got in providing those services, and with the ‘accountability’ of officials stemming from the decisions passed by them.

These, in their turn, generate the most frequent forms of corruption when it comes to administering the non-residential premises, i.e. administrative/political bribery and corruption. Administrative corruption could take the shape of political idleness (delaying the adoption of decisions, influence peddling, etc.) or administrative idleness (when a directorate fails to carry out its basic duties; e.g. failure to collect the fees/charges). The general risk of corruption (loss) upon the management of non-residential premises stems from: i) general lack of information about the leased premises or premises subject to lease; ii) failure to register the real estate in the Register of Immovable Property (RIP); iii) lease through direct negotiations; iv) granting lower lease fees/charges; v) procedure used to approve/update lease agreements.

The level of transparency in administering the municipal assets is fairly low. One of the main challenges in this regard is related to absolute failure to provide/disclose any information about the municipal assets. Should one consider that access to information means the publication of data in open public sources in a timely and relevant manner then none of those conditions is being met in the context of this Study. The data held by CMC directorates are irrelevant (the most recent official data being from 2014) and inconsistent. These are not public data, and can be obtained upon request only, while the degree of discretion made available to officials and heads of directorates is close to absolute. At the same time, their liability level is fairly low. So far, the court action claims lodged by Journalists (Journalists’ Investigation Centre, RISE) ended up with binding them to provide more information rather than having punished those who are responsible for providing that information. The fact that up until now the Municipal Council has no strategy for developing the idle premises and lands has brought up at least two issues: privatisation takes place in a chaotic manner, and even more seriously, speculatively, while leasing and renting transactions are forerunning operations for subsequent alienation rather that attempts to employ the economic potential of those assets. Hence, amongst the tremendous shortcomings in this regard we could list the following:

Real estate is leased through direct negotiations. 100% of lease agreements were concluded through direct negotiations, and their overall value did not exceed 11.1 million MDL per year on average for the past three years. If we calculate the losses for the leased immovable premises as per the minimum renting price set on the real estate market, the average annual loss would amount to 45.63 million MDL. In this case, the cost of corruption could fall within the interval 43-46 million MDL per year.

The arguments brought up to justify the low lease prices included the following: non-residential premises are in poor condition, while the economic operator shall undertake their repairing. In general, there should be no such situation in place. In this case, a proper approach would be not to lower the rent price; the economic operator should rather bear the cost of repairing to be deducted subsequently from the rent during the period of administration. Otherwise, there could be the case that the City Hall would not get the real estate refurbishment along with the potential possibility to lose it upon privatization (a building located in Bulgara Street, leased for 55 MDL per sq. m per year was subsequently privatized at a nominal price three years after the conclusion of a lease agreement).

The CMC fails to timely approve the lists of real estate assets intended for lease/rent. According to the available data (as of 1 January 2016), the validity term of 56.6% of administered lease agreements expired; this fact could mean that bribery might affect how quickly the benefit could be derived and the period to exercise the right over it. Although the Municipal Council reviews annually some 530 draft decisions related to lease, only 15% of them establish new lease relations, the remaining ones deal with updating and prolonging the existing lease agreements. On average, only 18% of the requests to prolong the lease agreements are voted by the Council, all other tenants have no lease agreements. Keeping in mind that the proceeds derived from lease agreements amount to 11.1 million MDL on average, while the area leased as per the non-updated lease agreements is comparable to the currently leased area, then the missed revenues would amount to at least 11.76 million MDL per year.

Rent is not collected from Lessees. Historically, the share of uncollected debts exceeded 80%, even after court judgements were issued (out of the debts worth 13.07 million MDL, following the judgements issued by court during 1999 – 2012, some 10.56 million MDL have an expired limitation period, and, therefore, could be counted as losses, while the remaining debts have not been retrieved yet). At the same time, the amount of arrears showed an upward trend over the last years, exceeding 32 million MDL as of 1 January 2016. In this case, the minimum risk of losses reaches about 80% out of the total amount of arrears, or 25.6 million MDL.

The management of municipal assets is one of the most complicated and expensive processes in the local public administration. At the same time, the highest evolving risks of corruption are related especially with this type of activity, while the potential losses exceed manifold the advantages derived from keeping intact the current status. The formulated Recommendations, although some of them may imply large costs, once implemented, would have led to significant improvement in municipal budget revenue collection from those sources and, the most important, would drive out those transactions from the informal/hidden zone.

The recommendations mainly tackle the attempt to ensure transparent management of non-residential premises by the means of making public the data on leased areas, the areas to be leased, the prices charged, the regions and, the last but not the least, by offering a clear picture of what has been already privatised and what is to be privatised.

The use of lease as a precursor of privatisation ended up with having chaotic, discretionary processes in place and continuous losses recorded in the non-residential fund. Should those premises be brought up to tenders, the amount of potential budget revenues would have exceeded those 38 million MDL collected annually from that activity. That is why a change in the current regulations is crucial to eliminate that opportunity.

Chisinau Municipal Council (CMC) should ask for an inventory of all leased/administered assets, assets evaluation/re-evaluation, mirroring the assets in accounting records as per their real (market) value, designating accountable people to ensure monitoring of administered leased assets. It is inacceptable to have no reliable report on what is happening to the area of municipal assets since 2010. At the same time, this mechanism should be subject to certain changes, including legal amendments and addenda, which would narrow the number of subjects approved through the CMC decision only. For instance, the City Hall should be empowered to adopt decisions on:

Last, but not least, it is imperative to introduce an electronic voting system within the CMC and a mechanism for electronic document circulation. A new mechanism would crucially improve the level of transparency of deliberative processes and enhance citizens’ confidence in the Municipal Council activity.