Everything about State-Owned Companies. Reducing Corruption through Competitive and Transparent Privatization 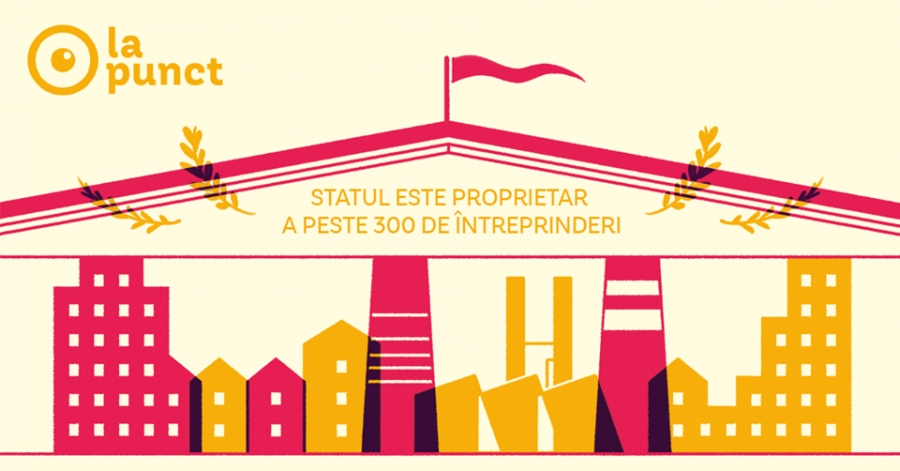 The Role of State-Owned Companies

State-owned companies are entities through which the Government assumes the role of an active player in the economy. The Government can set up companies to achieve various objectives, such as providing a public interest service, managing resources in an industry prone to natural monopolies, investing in a strategic sector for the economy, etc. Due to various objectives that state-owned companies seek to achieve, their monitoring should be rigorous, going beyond the framework pursuing of profitability or loss, paying particular attention to the global value they create in society. Therefore, it is crucial to create a set of performance indicators, that are specific to the activity of each enterprise depending on the industry in which it operates and the strategic objectives that have been established by the founding institution. In addition to the financial sustainability of the company, these indicators could focus on the quality of the delivered service, level of citizens' satisfaction, environmental aspects, etc. A step forward in this direction was the adoption of the new Law on State-Owned Enterprise and Municipal Enterprise in November 2017 that established the need to develop performance indicators for state-owned enterprises, which had not existed until then.

The proximity of state-owned companies to policy makers fuels the risk of corruption in these entities. Appointing politically-affiliated persons in management of companies leads to political clientelism, in other words – by controlling companies ‘fulfillment of the narrow interests by political parties’ takes place. A recent analysis shows that only 1% of the members of Boards of Directors of the largest state-owned companies are professionals, the rest being delegates from ministries and other founding institutions and representatives of companies. According to the data of the Public Property Agency, in 2016 state-owned companies and joint-stock companies in which the Government holds at least 25% of the shares had assets worth over MDL 53 billion (39% of GDP) and collected revenues of MDL 27 billion (20% of GDP). However, high revenues do not necessarily mean that these companies are highly profitable. During 2013-2016, the aggregated value of losses of the state-owned companies amounted to over MDL 3.5 billion.

The poor performance of state-owned companies could be also viewed as a tax on citizens, because if losses are perpetuated, companies need financial support from the state budget. On the other side, increasing profitability should not be the main objective of state-owned companies; it is only important that they generate some profit to have operational independence and flexibility in decision-making to achieve their performance indicators. Due to the difficulty of maintaining this balance, it is preferable for the Government to limit its participation as an active player in the private sector.

Corruption and political clientelism can be reduced in state-owned companies by implementing a comprehensive set of actions that include, amongst others: (i) limiting the role of the Government to setting up objectives for the companies it owns and delegating members to boards of directors, without subsequent involvement in daily work (ii) applying the best principles of administration and transparency, in strict compliance with the law on disclosure of information, (iii) establishing rigorous criteria and implementing  transparent procedures for board members selection, with a focus on raising professionalism of boards (iv) establishing external state audits, independent of the internal audits carried out by companies, (v) making it mandatory for enterprises to develop Corporate Governance Codes, (vi) enhancing the responsibility of enterprise management, by limiting the possibility to hold the position if previously established performance indicators are not achieved repeatedly. Taking into account the complexity of these actions, the slow speed at which the Government usually implements reforms, as well as lack of political interest in many of them, privatization is an alternative solution to fight corruption and increase the efficiency of the state-owned companies.

Which companies should be privatized and how the process should be carried out?

Privatization of state-owned companies should not be seen as a panacea for solving all problems in these entities. International evidence supports this hypothesis: privatizations are successful when they are done in an appropriate competitive environment and have specific objectives. Privatization could have different objectives: moving to a market economy, eliminating inefficiencies within companies, reducing tax pressure in case of loss-making companies, etc. The privatization process started in the 1990s in post-Soviet countries aimed at transition from planned economy to a market economy. Analyzing the list of nearly 120 enterprises and companies put up for privatization by the Government, it seems that Moldova is still in the transition phase. Lack of success, demonstrated by the low number of privatizations carried out over the past years, emphasizes the need to rethink the objectives and process of state-owned companies privatization.

At the global level there is consensus that states need both, strong public and private sectors. In particular, the presence of the state is welcome in sectors that are prone to natural monopolies. These sectors require massive investment in infrastructure, the number of potential players able to make them is very small. Therefore, maintaining a state monopoly in sectors such as distribution of electricity, water resources, etc. is not regarded as a policy against market economy, but is rather interpreted as Government's intention to maintain the quality of basic services delivered to citizens. However, if enterprises operating in natural monopolies are privatized, it is important that authorities implement tariff setting and production policies that will not allow maximizing profits, resulting from the monopolistic position, to the detriment of public welfare.

So broadly, privatization contains two important stages: identification of areas where the Government wishes to be present in the economy and the privatization process per se. The first phase must include an inventory and assessment of public assets to determine which companies should be privatized and where the presence of Government is absolutely necessary. This could be the case for enterprises that operate in natural monopolies, provide services of public interest or fulfill some non-commercial objectives. Among others, the inventory should identify companies that are managed inefficiently, these having the biggest chances to be privatized. Taking into account that the Government is negotiating privatization with representatives of the private sector, the latter inevitably need an incentive to invest in public companies. In other words, privatization will be successful when state-owned companies which operate inefficiently, including due to corruption and political clientelism, once handed over in private hands can deliver goods and services in a more efficient way than the State. A successful privatization can have positive results for both citizens and authorities. In a competitive environment, citizens can benefit from higher quality goods and services at lower costs and the Government can obtain resources that can be directed to other initiatives.

Subsequently, special emphasis must be paid to the privatization process, that can be an important source of corruption. In the context of a weak institutional framework, there is a danger of privatizing enterprises at a price lower than the real value of companies' assets. In order to mitigate this risk, it is vital to approve a well-defined strategy that includes, inter alia, the following:

Maintaining the status quo when the Public Property Agency repeatedly and consistently puts up more than 100 enterprises for privatization without visible results is not an efficient privatization model. These companies use scarce public funds and resources for purposes that otherwise might not be a priority for citizens. Privatization could release some of these funds, which could be allocated to important objectives, such as education, health, infrastructure, etc. In order to reduce the pressure on the public budget and to allow a more efficient allocation of resources, while limiting corruption in state-owned companies, a re-evaluation and relaunching of privatization is required. At first stage, it must include an assessment and inventory of all public assets, defining Government's objectives in terms of the active role it wants to have in the economy. The Government could maintain an active role in industries prone to natural monopolies or in areas of public interest, where delivery of services does not always involve economic benefits, but rather follows social objectives. Lastly, an active, transparent and dynamic privatization process that adheres to principles of communication, transparency and objectivity must then be implemented.

Read also: Everything about Boards of Directors. How does political favoritism manifest itself in the management of state-owned companies?