Social Inequality: What Is the Role of Corruption? 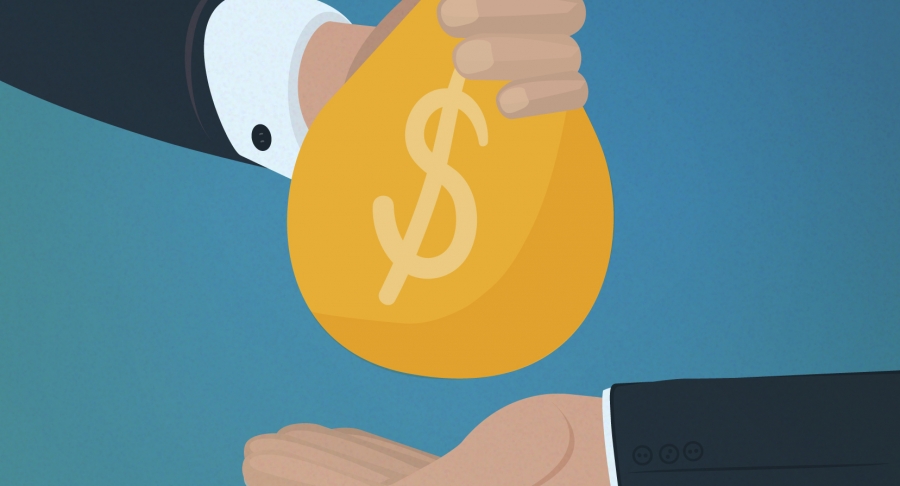 How does corruption influence social inequality?

In any economy income is distributed unevenly, but the extent of inequality varies largely from a country to another and could lead to disastrous consequences if it reaches excessive values. Excessive income inequality points out to defects in the social mobility mechanisms and to the fact that benefits of economic growth are not shared by all layers of the society. As well, income concentration in the hands of a limited number of people has negative consequences on the sustainable development of the society. Usually, countries with a high income inequality level have a slower economic growth pace in the long run, which worsens the poverty. There are multiple factors that lead to larger income disparities and they include technology, structure of social and fiscal policies etc., but an important role also has the corruption.

Corruption can have a negative and profound impact on the distribution of income among population. The simplest mechanism by which corruption could fuel social inequality is the fact that most of the benefits generated by it are accumulated by wealthy people who have extensive relations with the public authorities. Typically, such people are involved in systemic corruption (large-scale corruption), which generates far more monetary benefits than the small-scale one. Low-income people, on the contrary, have the opportunity to be involved only in small-scale corruption. Thus, due to various opportunities to corrupt, the income gap in society increases over time. At the same time, the channels by which the corruption influences income inequality are more numerous and more complex:

What is the situation in the Republic of Moldova?

Global statistical data confirm the negative impact of corruption on revenue distribution in the society. In countries with a high corruption, income tends to be concentrated in the hands of a small circle of people (Figure 1). Moreover, almost all countries where the level of income concentration reaches extreme values (Gini coefficient is over 50) are the most corrupt in the world. Compared to other countries, the Republic of Moldova seems to have a rather fair distribution of income for the level of corruption existing in the country. To understand and test the alleged over-performance of the Republic of Moldova, it is necessary to analyze the income evolution and structure in relation to the changes in the perception of corruption.

The mere comparison of income distribution and corruption in the Republic of Moldova does not reveal any negative impact of the latter. On the contrary, between 2012 and 2016, the worsening of the Corruption Perception Index in the country was accompanied by a more equitable income distribution (decreasing Gini coefficient), and the correlation was very tight between these indicators (Figure 2). However, it should be noted that the Gini coefficient had started to decrease a few years before the corruption situation worsened, which may indicate that other factors influenced the distribution of income, which also offset the negative effect of corruption. Such a factor could be the sources of people’s income that do not depend on the level of corruption in the country, and the main source could be the Moldovan emigrants’ transfers from abroad.

The migrants' transfers from abroad were a crucial factor in reducing income inequality in the country. Income inequality decreased due to the more active migration of the low-income population in search for a job abroad. This is revealed by comparing the share of income of quintile 1 households (Q1, 20% of households with the lowest income) with quintile 5 households (Q5, 20% of households with the highest income). Thus, between 2006 and 2017 the share of remittances in the total income of quintile 1 households practically doubled from 8.6% to 18.3%. The more active involvement of Q1 population in migration also led to the convergence of the remittance income of Q1 and Q5 households. If in 2006, the remittance income of Q5 households was 8 times higher than of Q1 households, then in 2017 this ratio decreased to 2.8 times only (Figure 3). Thus, the main driver for diminishing income inequalities was the external migration of the population.

The income discrepancy between the richest and the poorest has remained virtually unchanged if income from remittances is not taken into account, which highlights the negative impact of corruption. Between 2006 and 2017, the ratio of total income excluding remittances of Q5 to Q1 households had not changed significantly, decreasing from 3.4 in 2006 to only 3.0 in 2017. During the same period of time, the ratio of total income, including remittances, had decreased more significantly from 3.8 to 3.0, which highlights the crucial role of remittances in reducing income inequality (Figure 4). Thus, the inequality of income from domestic sources has remained practically at the same level as a decade ago (an estimated Gini coefficient close to 36-37 points). The limited progress in reducing the inequality of income from domestic sources indicates that corruption has played its negative role simply because they are most sensitive to the impact of corruption. Most likely, if the corruption situation had not worsened recently in the Republic of Moldova, the population’s income excluding remittances would have been distributed more fairly.

Corruption has a negative impact on social equity, which has been also the case of the Republic of Moldova in the recent years. At first glance, the worsening situation with corruption in the country had a positive impact on income distribution, as the discrepancy between the richest and the poorest diminished. However, this reduction was exclusively due to the more active participation of vulnerable population strata in migration rather than higher income from domestic sources. On the contrary, the worsening situation with corruption maintained the income discrepancy practically at the same level as a decade ago. Thus, policies to mitigate income inequality will not achieve the expected results as long as corruption is not diminished in the country.