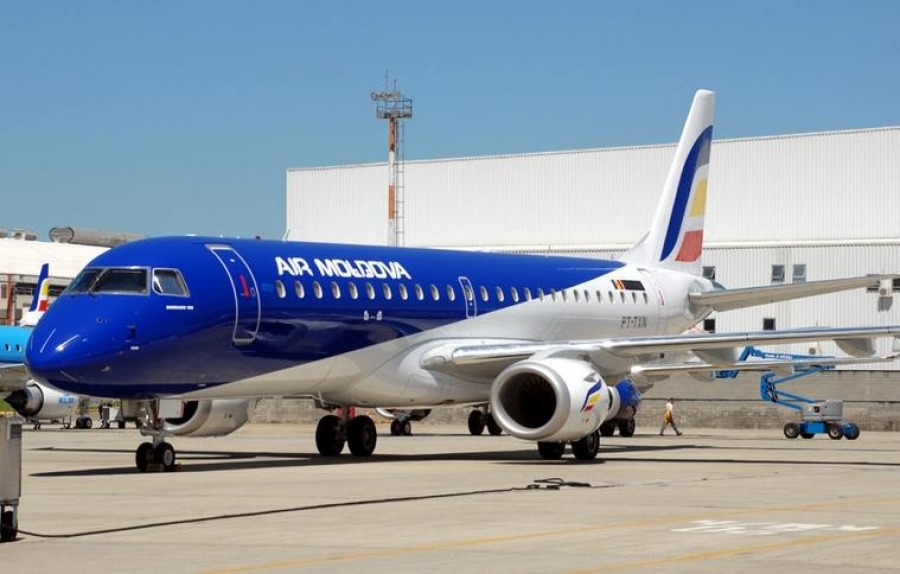 Competent authorities should investigate how the company's debt has been formed

On October 2, 2018, the Public Property Agency announced of the successful privatization of the State-owned Airline Company "Air Moldova" (hereinafter Air Moldova) . Thus, the largest Moldovan state-owned enterprise by sales volume was privatized for a price of MDL 50 million, with the investor assuming company's debts of over MDL 1.2 billion. Despite the magnitude of the decision, the privatization procedure seemed to resemble a routine exercise without significant meaning for the public. A number of actions point to the lack of good intention on behalf of authorities to privatize Air Moldova by applying minimum standards that would reflect the ultimate interest of the state and of the citizens rather than of narrow commercial interests:

1. The privatization took place without the appointment of an individual financial consultant, as required by law in case of a good of great importance. Air Moldova recorded sales of MDL 2.9 billion in 2017, up 9% from 2016. At the end of May 2018, the company had assets worth MDL 1.06 billion. According to these indicators, Air Moldova is undoubtedly a good of great importance for Moldova's economy. According to the law , goods of great importance for the national economy should be privatized through an investment project, based on an individual decision, with the support of an independent financial consultant. It is therefore unclear why an individual approach was not applied in this case, and why the government has not adopted a separate decision to privatize the company. This could have created an environment for increased public scrutiny.

2. There is no clear reasoning regarding the transaction price. The Government’s decision on the organization of commercial and investment contests for privatization of public property  sets out general principles for the privatization procedure, which include, among other things, establishment of the asking price, the need for drafting of the terms of reference and communication requirements. The decision does not elaborate on the price setting procedures nor the mechanisms to be applied during the communication campaign. Up to this point, there is no evidence that an independent assessment has been carried out confirming that the amount of MDL 50 million is a fair price for a company of Air Moldova’s magnitude.

3. Communication regarding Air Moldova’s privatization suggests that it was not the intent of authorities to spark interest from investors, which could lead to attracting more investment offers and stimulating competition. Terms of reference and other documents were not translated into any foreign language and the promotion of the announcement was limited to the official press releases placed on the Public Property Agency’s web site, let alone the extremely limited period of time offered to potential investors to analyse the documents.

4. The privatization took place after the accumulation of huge amounts of debt under suspicious circumstances. Air Moldova’s financial underperformance in times of economic expansion and a robust increase in consumer demand is difficult to justify. Although financial statements for the past 5 years point to a rapid increase in revenues, averaging a growth rate of 25% per year, Air Moldova could not convert revenues into profits, recording considerable losses over the past few years. Poor financial performance in consecutive years has led to compnay’s over-indebtedness. The debt to asset ratio has risen rapidly from 69% in 2014 to 122% in May 2018 (Figure). In only 5 years, Air Moldova has accrued new debt of over MDL 625 million. The Court of Accounts repeatedly warned of the risks of increasing Air Moldova's leverage, which could create "preconditions for forced collection of state property."   Another report states that Air Moldova "did not carry out a rigorous control over the execution and deadlines of its contracts ... which caused the formation of high-risk non-recoverable debts."

5. The legal entity that will take over Air Moldova was founded on 23 August 2018 and has equity capital of only MDL 500 thousand. It is unknown whether this legal entity, of which 49% is owned by Blue Air Aviation and 51% by two individuals, has the necessary resources to settle the debts accrued by Air Moldova and which are the agreed upon terms for settling the debts.

6. In recent years, Air Moldova has clearly violated the legal provisions on disclosure of information. On Air Moldova’s website, the latest available financial report is for the first 9 months of 2016, while the audit reports are non-existent since 2014. In this context, an objective assessment by financial analysts and the public is virtually impossible. 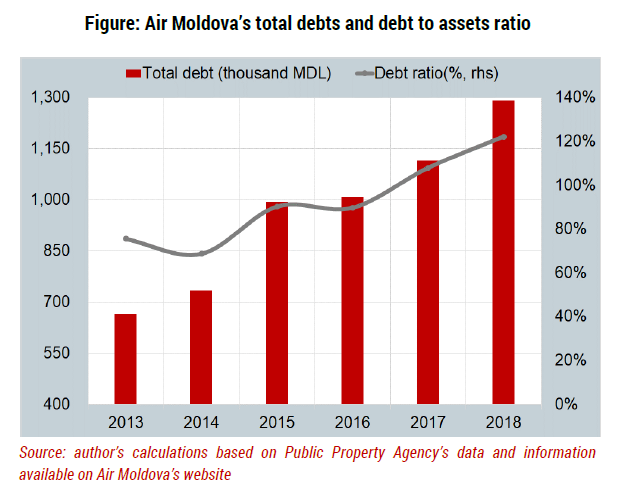 The privatization of the state’s one of the most important assets raises serious questions:

1. Why did the Government not adopt an individual privatization decision, involving the evaluation and consultation from independent financial analysts?
2. Why did the communication campaign on privatization of Moldova’s largest airline not seek to attract as many specialized investors as possible?
3. How has the company's sales price been determined? What evidence do the citizens have that they have not been effectively deprived of an important strategic asset?
4. Who is responsible for the extremely rapid increase in company’s debt ratio during a time when economic conditions were favourable for a healthy growth?
5. What are the terms for debts repayment? What are the sources from which the debt will be extinguished?

We ask competent authorities to investigate how Air Moldova's debt has been formed and accrued. Considering the above-mentioned problems, it looks like Air Moldova was deliberately mismanaged with the aim of bringing the company close to bankruptcy, so that it can be privatized at a discount price. An investigation by competent authorities, such as the National Anti-Corruption Centre, should determine whether Air Moldova's indebtedness is the result of difficult economic conditions and increased competition on the market or the intention of obscure interest groups.