EU-Moldova DCFTA: assessing the impact of the liberalization of trade in services on the Moldovan economy 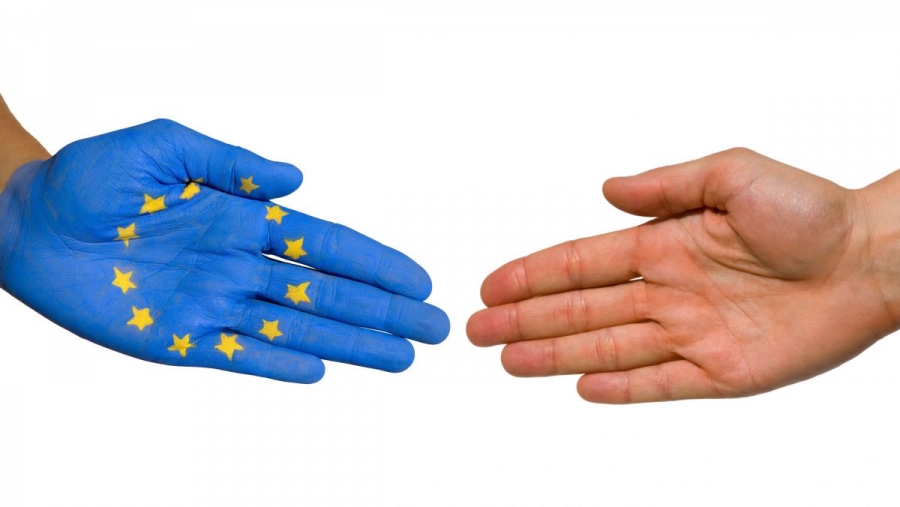 Services play a very important role in the Moldovan economy by contributing to the value added, employment and trade. Moldova is largely a services-based economy. Nowadays, the commercial services generate 50 percent of the gross value-added, twice above their share in the mid-1990s. Services sectors employ more than 30 percent of the Moldovan labor force, compared to 20 percent in mid-1990s. Equally important, services contribute around 30 percent to total export revenues of the country; in mid-1990s the figure was around 17 percent. As the Revealed Competitive Advantages indexes suggest, Moldovan services are more competitive than goods.

While often neglected or even feared, the imports of services are also very important economically. Over the recent two decades the services represented around one fifth of the Moldovan imports. Services hold high shares in intermediary consumption across all sectors, therefore one should expect that fewer restrictions on import of services should benefit Moldovan firms using services as technological inputs. A key statistical fact is that transport, telecommunications and financial services demonstrate the highest levels of the services used as intermediate consumption, typically exceeding 40 percent, of their total intermediary consumption.

The policy measures applied by Moldova on the imports of services are, in general, more restrictive compared to the EU. Using the OECD Service Trade Restrictiveness Index methodology, we have assessed that Moldova imposes less restrictive measures for trade in accounting, audit and legal services than most of the EU countries. The level of restrictiveness is comparable to the EU averages for the customs brokerage services, freight forwarding services and road cargo freight services. For other services, including rail transport, telecommunications and courier and postal services, Moldovan level of trade restrictiveness is significantly higher.

The EU-Moldova Association Agreement includes a number of commitments for the liberalization of the trade in services. If duly implemented, Moldovan commitments will significantly improve the conditions for import of services in Moldova. The EU, as a whole and as individual member-countries, secured a large number of derogations and reservations. For the sake of objectivity, though, one should not omit the fact that the current EU’s level of protection is quite low for the services which Moldova is the most competitive (road transport, computer services, telecommunications). The key factors undermining Moldovan services in the EU market apparently have to do more with intrinsic weaknesses of the Moldovan firms rather than with EU trade policy.

In this paper, we use a General Computable Equilibrium model to estimate the systemic impact of the liberalization of the trade in services. We find non-negligible positive impact of the liberalization on the Moldovan side, including higher GDP, labor income, activity level and trade level, as well as increased efficiency, primarily in the services sectors themselves. We do not find significant impact of the liberalization of imports of Moldovan services into the EU, because of the limited magnitude of the additional concessions compared to those already provided by EU members under the MFN regime. We find that, the reduction of trade margins in the distribution sector, following, for instance, higher number of players (including domestic) and dismantlement of the monopolistic structures, has a much higher economic impact than the freer market entry as such and the increased international personnel mobility in other services sectors. However, we acknowledge that analytical framework and data limitations may have resulted in underestimation of the positive economic results. First off all, we did not cover the services for final consumption (air travel, tourism, health, education etc.). Secondly, we did not consider the likely fact that new services may arise in the future which are not covered by the Association Agreement. Thirdly, we have not have enough data and a simple and implementable analytical framework to estimate the positive and systemic impact of reducing the rent-seeking behavior associated with highly regulated services sectors in the Moldovan economy. Finally, while it is clear that lower restrictions involve higher export prices, the exact functional dependency is not clear.